Safety and Health Practitioner (SHP) is first for independent health and safety news.
May 12, 2016 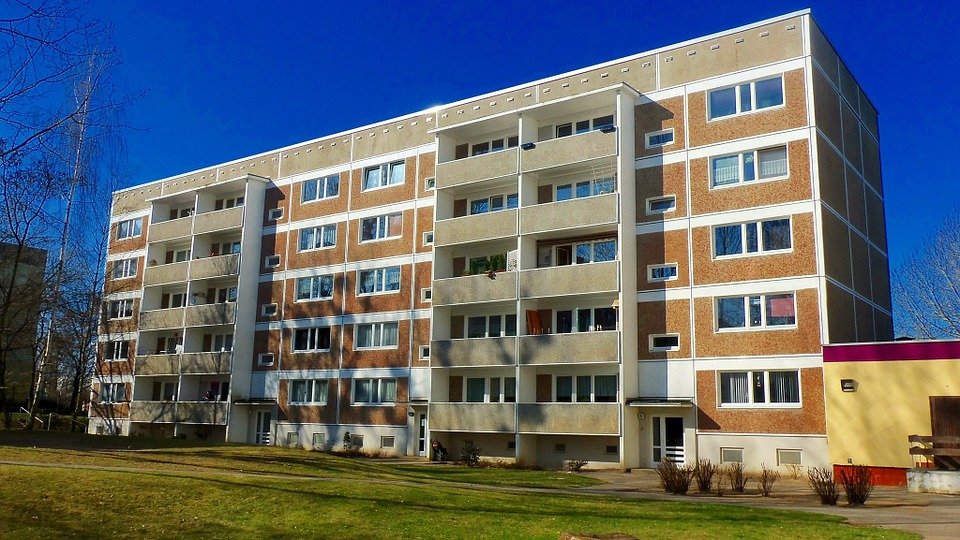 After the tragic fire in July 2009 at Lakanal House, a twelve-storey block of flats in South London which claimed the lives of six people, there has rightly been an increased focus on how fire safety is managed in the high rise residential sector.

Six years on, Paul Boughton and Russell Peacey, Principal Consultants at Turner & Townsend, examine the improvements and ongoing fire safety challenges faced by those responsible for property management of high rise blocks and look at what more needs to be done.

Prior to 2009, and due to a lack of knowledge and expertise, the completion of fire risk assessments for high rise blocks was not necessarily seen as a priority within property departments who tended to focus on other building types such as offices and public property.

The Lakanal fire changed this and those responsible for property management, such as local councils and other social housing providers, faced a challenge to complete large numbers of fire risk assessments to an acceptable standard within a relatively short period.

At the time there was limited national fire risk assessment guidance which covered high rise blocks of flats nor defined approaches to completing fire risk assessments for this type of property. This meant housing providers struggled to determine the scope and methodology of the assessment and the relevant benchmark standards which they needed to achieve.

Additionally, many buildings built in the 1950s and 1960s would have been constructed to older standards such as CP3 Chapter IV which were no longer readily available. Social factors and advances in technology meant design standards, providing a good level of fire safety at that time, may no longer be acceptable today.

Therefore an essential skill of the fire risk assessor was to make a judgement as to whether the design of the building (which may have been significantly modified since its construction) and its current condition provided an acceptable level of fire safety when judged against the modern standards such as The Building Regulations – Approved Document B and BS5588 Part 1 (since replaced by BS9991 2011).

However a lack of knowledge of the design philosophies for purpose built flats meant that some assessors were tempted to apply a “code hugging” approach rather than making a pragmatic assessment of risk. This could result in assessors applying current standards to older buildings (constructed to previous design codes) and thus recommending costly actions which may not have any significant effect on reducing the overall risk. There was also the potential for misunderstanding within the industry, particularly in relation to the application of “Stay Put” policies and the installation of fire detection and warning systems.

A significant step to defining a standard approach to fire risk assessment, was the publication in 2011 of the Local Government Group (LGG) guide – “Fire safety in purpose-built blocks of flats”. This document described the current design guidance and importantly provided a summary of historical standards which would be relevant to many existing high rise blocks built in the 1950s and 1960s.

Following the introduction of this publication, several training providers introduced courses to explain the guidance and how to apply it. The introduction of these training courses, together with accreditation/validation schemes, have gone someway to address the lack of competency which existed back in 2009. 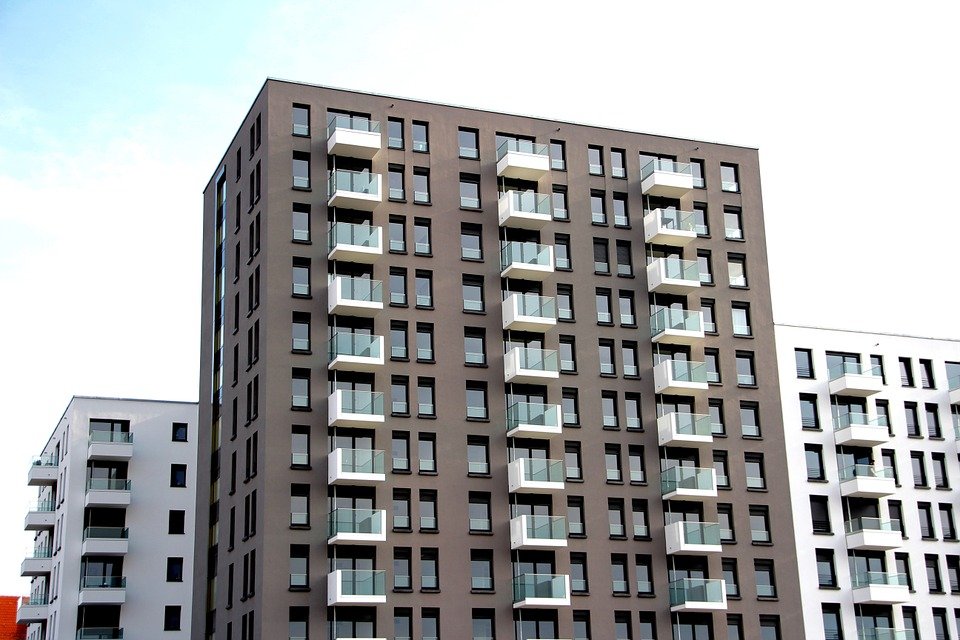 The implementation of physical fire safety standards and associated passive and active fire systems had often have been prioritised at the detriment of fire safety management arrangements.

However, the Lakanal fire highlighted the importance of providing fire safety information to residents and the response to be taken should they become aware of a fire either within their flat or the wider building. In particular this included whether they should stay put and the precautions to be taken to limit the risk of smoke and flames entering their flat. Should evacuation become necessary, then information on their means of escape, particularly where it does not form part of the normal circulation of the building, should be provided.

The LGG risk assessment guide together with the specialist-training courses on high-rise buildings have gone some way to address these issues and stress the importance to both fire risk assessors and those responsible for property management by stating what information should be provided.

One area which is often overlooked is the review of fire safety management at organisational level to determine the underlying reasons why deficiencies have developed across a property portfolio.

Indeed whilst there has been a focus on completing fire risk assessments, organisations have not always examined their overall approach to property management, purely focusing on correcting immediate physical issues without undertaking a corporate review of how the issues come to be present in the first place. The effectiveness of an organisations fire safety management is just a crucial as undertaking the risk assessments themselves and is likely lead to more significant and longstanding improvements in fire safety. 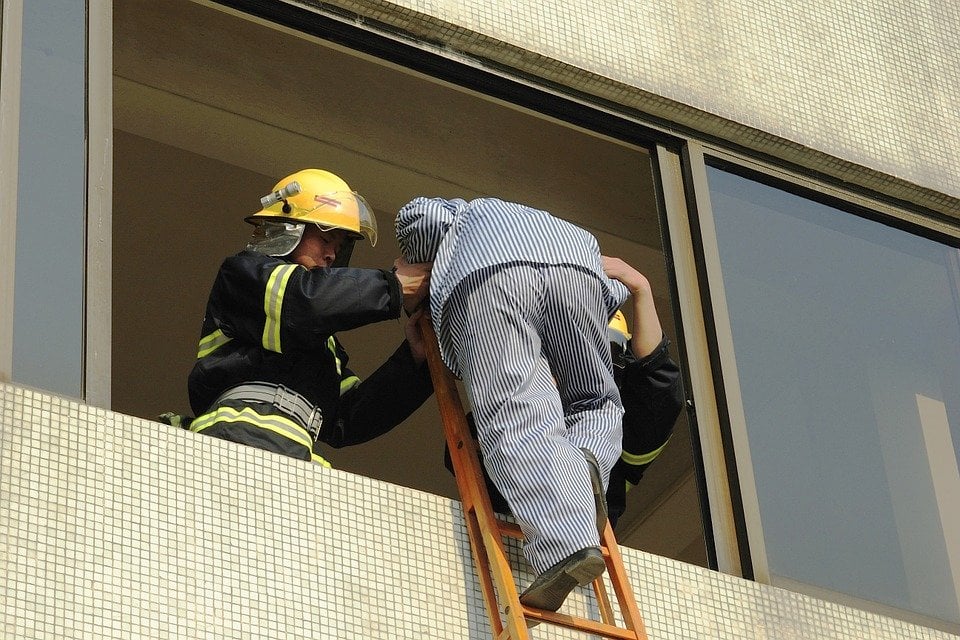 When addressing fire safety issues, it’s important that information given to residents is given equal priority to any physical improvements, as this can be easily overlooked. Although it is important to provide tenants with written information it can often be beneficial to open dialogue directly with the occupants, through tenant meetings and residents associations, to discuss their local fire safety arrangements. Occupants often have concerns over fire safety, particularly in high rise buildings, and in most instances these fears are compounded by a lack of information as to the arrangements in for their particular block of flats. These forums are an opportunity for clients to address those concerns as well as being a route to promote general fire safety awareness. This often results in a beneficial outcome for both parties and can help address expensive legal challenges and disputes which can arise where substantial fire safety improvement works are undertaken.

Raising awareness of fire safety within the large organisations is also very important particularly where departments may be isolated from one another. For example, major works departments, who could be delivering government initiatives such as warm, dry and safe, should have oversight of the buildings fire risk assessment to identify outstanding fire safety improvement works which could be incorporated in to their project. It is also important that any works being planned do not have a detrimental effect on any existing fire safety features.

This is particularly important on large property portfolios where contractors may undertake works with limited oversight. It is important to hold contractors to specification and to verify that any fire risks are being appropriately managed and that through undertaking the works they have not damaged the building’s fire safety features.

IT databases can offer an effective fire safety management solution and, whilst some are little more than a tool for completing a fire risk assessment, the best are able to manage an action from identification to completion, providing an auditable trail. Some also have the ability to analyse trends, information which can be used to determine the root cause. Where serious or repeated fire safety deficiencies are identified it is rarely due to a single point of failure and it is important that all points of failure are addressed.

It is clear that major improvements have been made since 2009, most notably the publishing of clearer and more comprehensive guidance and improvements in fire risk assessor competency. This has significantly helped housing providers and fire risk assessors to better understand the physical design requirements of high rise blocks of flats and the necessary remedial actions, both in terms of physical improvements and local management arrangements.

However, a fully integrated fire safety management approach at organisational level still remains a challenge in the sector. PAS 7:2013 Fire Risk Management System is not particularly well known and, as fire safety professionals, our role should be to actively promote PAS7, giving the review of fire safety management as much importance as undertaking the fire risk assessment itself.

Undertaking a full review of an organisations fire safety arrangements and the implementation of any actions can lead to significant short term expenditure but it can also have significant benefits by improving fire safety compliance in the longer term and reducing fire safety costs by adopting a right first time approach. This is likely to be the next step towards a sustained improvement in fire safety.

Paul Boughton and Russell Peacey  are both Principal Consultants at Turner & Townsend.

Click here for more information and to download this eBook
Fire risk management in high rise flats After the tragic fire in July 2009 at Lakanal House, a twelve-storey block of flats in South London which claimed
Safety & Health Practitioner
SHP - Health and Safety News, Legislation, PPE, CPD and Resources

Council prosecuted after member of the public killed by falling tree