Nick Warburton is former editor of SHP Magazine. He is currently working as a freelance journalist and as an account manager at Technical Publicity.
September 25, 2015

Capita Safety lecture: Beyond the boundary 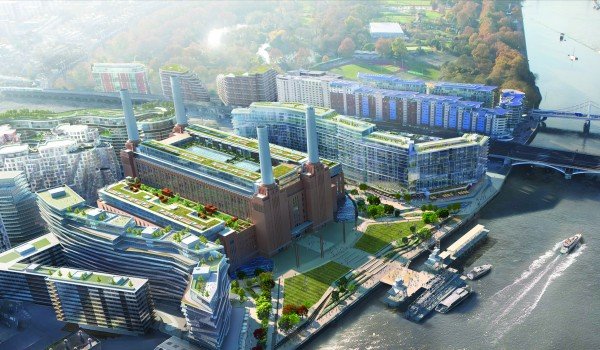 Over the years, the annual Capita Safety lecture has provided a platform to explore, highlight and celebrate new, dynamic aspects of workplace-focused health and safety.

But as Lawrence Waterman, director of health and safety at the Battersea Power Station Development, explains, modern approaches to wellbeing are making construction sites much more porous, bringing with it the potential to truly enhance local environments and to deliver a broader community health legacy.

This month, Lawrence presents the 2015 Capita Safety lecture and his ‘beyond the boundary’ analysis. His paper explores two central tenets of the modern construction approach.

The first is the way that site teams are taking health, safety and wellbeing initiatives and engaging with local communities to change the perception of what it means to have a major infrastructure development in a locality.

The second is how the long-term outcomes of construction projects are increasingly being shaped by the wellbeing agenda.

As Lawrence will outline in his lecture, site teams across many of the major construction developments are already demonstrating how engagement with local communities brings about more long-term benefits.

This could be, for instance, working with schools to reinforce safety messages about the dangers of trespassing or mimimising the development’s impact on the surrounding area by reducing the volume of heavy goods vehicles entering and exiting the site.

He draws on his own experience at the Battersea Power Station Development and the immediate locality where Thames Tideway Tunnel and the Northern Line Extension are gearing up to begin preliminary construction to highlight how the use of river transport to move waste arisings is reducing the burden on local roads.

“There has been some work looking at the logistics and how you can reduce the traffic on the road for sustainability as well as health and safety reasons,” he says.

“There are also cost implications with all of these things, so you are looking at whether or not doing that becomes a financial benefit as well. These are very realistic appraisals.”

Lawrence will also cite another recent initiative at Battersea that has had a positive ripple across the local community.

Working together with Cancer Research, the Battersea Power Station Development reached an agreement with the charity that its focus on the site should be on bowel cancer. Cancer Research then organised confidential appointments with construction workers to identify if they were in the at-risk group.

“That was brought to site for workers to use but then, during that visit, it was relocated to the site boundary and members of the local community were advised that it was available and were invited to participate,” he says.

“We had several hundred people from the locality availing themselves of this service and to my knowledge at least three ended up with referrals.”

As Lawrence points out: “It could have been that they were false positives, but we know with bowel cancer that early diagnosis is vital if you are going to have a decent prognosis.”

Another Battersea example that he will draw upon in his lecture is how the on-site occupational health team is using its expertise to undertake life-saving activities in the immediate surroundings.

Battersea has been formally recognised by the London Ambulance Service as local first responders and recently the site team was called into action to assist a motorcyclist who was seriously injured in a road accident outside the site’s boundaries. The team stabilised and maintained the rider for about 20 minutes before the ambulance arrived.

“That is beginning to suggest that construction on the health side, as it increasingly gets its act together, becomes a useful community centre of excellence rather than being just a noisy, traffic-generating, dusty, light pollution in the winter kind of industry,” he stresses.

“It becomes an industry that offers something back to the community while
it’s engaged in its work.”

Turning to the wellbeing agenda, Lawrence will explain in the second part of his lecture how this is increasingly shaping the long-term outcomes of major construction developments.

In essence, it is about how construction sites become more porous over time and how developers need to consider the local community’s wellbeing together with the users/residents of the new buildings. It is a much more holistic approach compared to the past and one where the UK is a trailblazer, he argues.

This fresh take on construction, where developers consider the design of the entire development and its surroundings to create a new community, a whole new working, living, leisure environment, is known as place making.

“When you do that, there are all sorts of implications,” he explains. “For example, on many projects, the interim stage of development includes the availability of the public realm. Public realm works creating riverside walks, small parks and cut through routes is increasingly becoming part of what happens on a development that will take several years to complete.”

As Lawrence will explain in his lecture, place making is vital because developers need to understand how to foster a thriving community from pre-to-post construction and how it needs to grow organically.

“You can’t just throw the veil aside after 10 years of development and suddenly a community moves in and works well. It happens over a period,” he insists.

Developers also need to grasp how the components of place making, such as landscaped space, are not only essential as visual amenities but also in the way that they can provide a psychological boost to local communities and enhance the opportunities for residents and workers to be physically active.

“I think it is notable that a traditional approach to developing a site like Battersea would be that you develop it and sell bits of it and toss the keys over your shoulder as a developer,” he explains.

“But here at Battersea, the development programme results in an estate management team taking over responsibility for the entire site. That means, in a way, that the developer is partly responsible for working with the incoming residents, whether they are commercial or domestic, in order to do the work necessary to help create that community.”

As Lawrence adds, in many ways, modern health and safety is more about wellbeing than it is about accident prevention, although that still does remain a necessity, not least because an accident will severely damage a developer’s wellbeing agenda.

“For a number of years, health and safety has felt beleaguered with the arguments of ‘bonkers conkers’ and restricting people’s behaviour and warning signs telling you what you mustn’t do,” he concludes.

“But as health and safety has matured in a reasonably sophisticated and wealthy society, it has turned its attention to what enables people to live healthy and safe lives.”

“Construction perhaps being slightly behind the curve of health and safety in the past is now joining with others in leading the way in engaging a workplace, a construction site, with the wider community while it’s doing its job and in terms of the finished product.”

‘How can we be more intentional about our wellbeing?’ – Rob Stephenson discusses the growing need for businesses to retain a focus on workplace wellbeing