FM: 360-Degree surveillance cameras – The benefits of an all-seeing eye

Surveillance cameras, video analytics and video management systems are in the midst of a technological revolution, with faster, more intelligent and sharper resolution solutions being made available on the market at increasingly competitive prices. 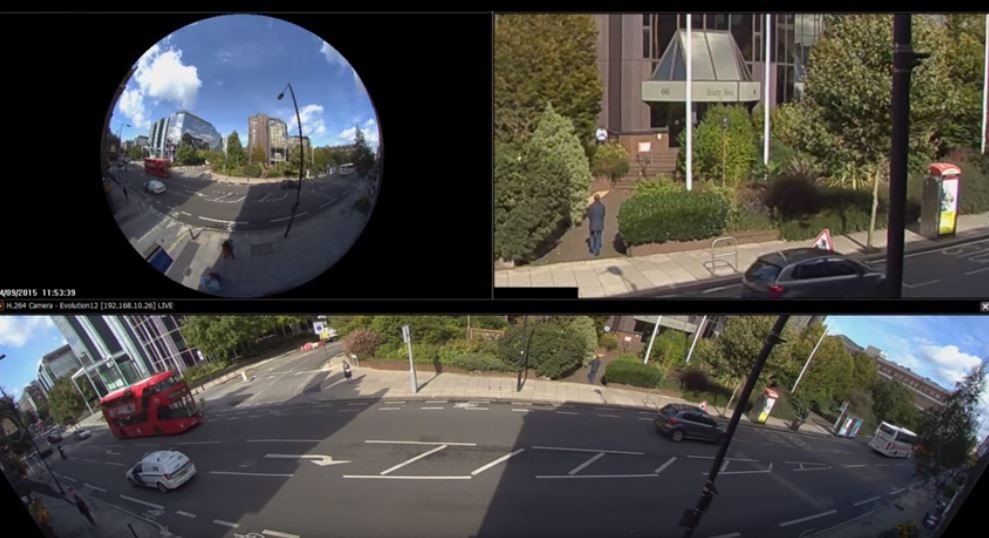 IHS recently predicted that 360-degree cameras and surveillance technology would experience double-digit growth within the next few years. Industries such as retail are seeing a rise in theft and can take advantage of such growing technological capabilities by considering an investment in cutting-edge, cost-effective camera technology which is not only appealing, but more necessary than ever.

Traditional pan-tilt-zoom (PTZ) cameras capture a narrow field of view and require moving parts to scan the entire area, so these cameras are far more subject to mechanical failures. PTZ cameras also only record what they see in their field of view and may easily miss a critical event if the camera was looking somewhere else at that time.

They also lack zoom functions within the recorded images, which can negatively affect the level of situational awareness that is crucial to security personnel, as evidenced in emergency situations and official investigations.

360-degree surveillance cameras use a fisheye lens to record the entire scene and events, allowing for total situational awareness with no blind spots. The footage captured is then dewarped in real time, allowing security officials to pan, tilt and zoom through the entire scene.

If something happens, they can follow the action or subject before, during and after the event occurred as the dewarping can also be done retrospectively on past recorded images. In addition, powerful video analytics can help in analysing a scene and can provide very valuable information such as heat map, dwell time, in/out count occupancy, intrusion, etc.

Since one camera covers such a large area, 360-degree cameras reduce the number camera installations necessary to secure applications, even large-scale or rugged ones such as museums, parking garages or street intersections. As a result, end users see significant upfront installation and camera cost reductions and an increase in situational awareness.

There are a number of industries that stand to benefit greatly from the introduction of 360-degree camera technology into their security operations. Retail stores – from shopping malls to street boutiques – can employ 360-degree solutions to monitor the flow of customer traffic, manage staff placement and stop any theft or fraudulent activity by correctly identifying it. In gaining better situational awareness, these businesses can even detect patterns in customer or staff behavior to prevent shrinkage and improve their marketing or sales efforts.

The 360-degree cameras of today can operate under extreme low-light conditions, allowing campuses dedicated to higher education to benefit from surveillance near dormitories or laboratories to ensure the safety of their students, no matter how expansive, in case of an emergency.

Municipal surveillance is well positioned to benefit from 360-degree camera surveillance, which can help police glean situational awareness in real time to correctly gauge the level of an emergency and deploy aid that is commensurate with the situation at hand. Departments can also save on camera installation costs by placing fewer cameras in discrete, optimal locations and using the power of video analytics to pinpoint criminal activity.

360-degree cameras are improving daily, and the future of the video technology promises even greater capabilities, from 3-D recording and greater universal compatibility, to light-field and thermal sensitivities. As this technology develops and becomes less expensive to manufacture, it will become imperative to divest from outdated or analog systems in favour of IP-enabled solutions that can effectively multitask and improve business operations and security efforts.

Workplace DNA – Learning rather than training, in conversation with Founder David Sharp