Ian joined Informa (formerly UBM) in 2018 as the Editor of SHP. Ian studied journalism at university before spending seven years in online fantasy gaming. Prior to moving to Informa, Ian worked in business to business trade print media, in the automotive sector. He was Online Editor and then moved on to be the Editor of two publications aimed at independent automotive technicians and parts distributors.
October 15, 2020

Executive Vice president of Informa Markets elected by AEO Council, along with Chief Executive Officer of IMEX Group, Carina Bauer, who has been appointed Vice Chair. 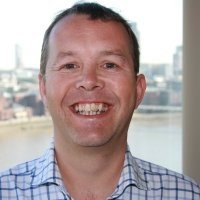 Simon Parker, Executive Vice president of Informa Markets, which incorporates Safety & Health Expo and SHP, has been elected as the new Chair of the Association of Event Organisers.

Simon was elected during a virtual AEO Council meeting in September. Speaking to SHP about the role, Simon said: “The events industry generates £11b of economic benefit to the UK and supports 114,000 jobs. We are desperate to get both support for our sector as well as a date from Government so that we can help kick start the economy.

“We have devised a robust set of protocols in All Secure and are 100% confident that we have the right measures to run shows safely.

“Frustratingly the UK is lagging behind many countries such as France and Germany who are already staging events, including an event in Germany which welcomed over 100,000 people.”

The appointment sees Darren Johnson assume the role of Past Chair for the forthcoming year. “I’d like to thank Darren for his leadership and support in navigating the AEO and our industry through these truly uncharted waters. Darren has crystallised the very essence of what an association is about – collaboration, innovation and resilience through unity.

“It’s an honour to step into such a crucial role at such an important time and I’m looking forward to working closely with the AEO and some of the most competent and talented event professionals the industry has to offer, as we see this crisis through to the other side,” Simon continued.

Darren Johnson added: “When COVID-19 hit, the industry saw its darkest hour – first to close and seemingly will be one of the last to open. But, during this time we have also achieved things that had long been part of our mission.

“Our collective lobbying efforts have raised awareness of our industry with the highest level of government and simultaneously brought our economic contribution to surface. The AEO has also seen greater collaboration and more engagement than it’s ever had. Simon is the perfect candidate to support the AEO in continuing that direction – congratulations.”

Chris Skeith, Chief Executive of AEO, said: “This year has been unlike any other. The pandemic galvanized working groups into action, which saw the creation of the All Secure Standard industry guidance.

“We have raised awareness of our industry through lobbying and media in a way we never thought possible. We have seen unity and leadership which has been nothing short of remarkable.

“I’d like to personally thank Darren for chairing the association so diligently, supporting the groups, team and myself in progressing the AEO’s strategy, while remaining calm and collected through this crisis. I look forward to working with Simon on getting the industry we all love so much back on its feet.”