Who is Nicky Moffat, inspirational speaker at Safety & Health Expo 2018?

Over a 27-year military career, Nicky rose to the rank of Brigadier and took on leadership roles in personnel and training departments, including three years as Director of Personnel Administration, establishing strategy and driving cultural change across the Army and British Defence operations. 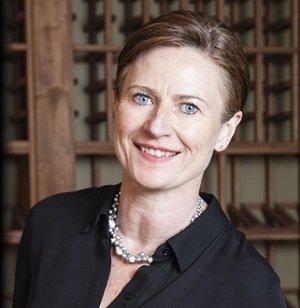 Since leaving the Army in 2012, Nicky has been consulting on leadership, people development and transformational change, helping companies and teams, including those in health and safety, to drive inclusive leadership and enact cultural and behaviour change.

You may also have seen her this year as instructor and assessor on the BBC’s Secret Agent Selection: WW2, which recreated the assessment and training programme of the Special Operations Executive, which recruited agents from all walks of life “based on capability rather than an individual’s experience or background”.

Nicky will use this background to discuss the role of strong leadership at the Safety & Health Expo and will address career development for women in leadership roles and her experience of making traditionally male-dominated environments more inclusive.

Join Nicky on Wednesday 20 June at 1pm, in Safety and Health Expo’s Keynote Theatre, which is supported by Safety Media. The event is being held at the Excel in London. You can register to attend for free here.

“Inclusion doesn’t just happen. It’s about embedded behaviour and it’s not a natural state. It’s about embedding it into your organisational DNA. If your policies and practices don’t reflect it, you risk ending up with a disaffected workforce.”

“The regular and reserved forces served worldwide, in operational theatres, in the UK, in Germany in Cyprus, wherever the British Army is serving. I couldn’t tell every single person within those 4,500 people what it was I required them to do. What I had to do as a leader was set context, give them clear direction in what I wanted them to do, but not how I wanted them to do it.”

“You don’t have to lead like other people, not least because there is often little joy or success in trying to be someone you’re not. If you lead in a way that’s appropriate to your role and authentic and natural to you, you are far more likely to thrive personally and to inspire those for whom you’re responsible.

“The key thing is to develop your understanding of – and accordingly your confidence to display – good leadership behaviours. You may have access to a company leadership training programme but, if not, one of the best ways to learn is to reflect on the behaviours of people who inspire and motivate you – as well as on the negative traits of those who do not.”

Nicky Moffat on women in leadership:

“Twenty-six years ago, women [in the Army] were trained separately, we weren’t integrated, we were treated differently, and we were paid less. My view now, in retrospect, is that this institutionally undermined the contribution women could make and the way in which they were viewed. All those institutional barriers have now been removed.”

Comedian and author Ruby Wax will be speaking on mental health awareness on Tuesday 19th June, while Sir Clive Woodward, the coach behind England’s famous victory in the 2003 Rugby World Cup, will be sharing his secrets on creating successful teams and constructing the right environments for leadership to thrive on Thursday 21st June.

You can still register to attend the Safety & Health Expo for free below.

To register for Safety and Health Expo 2018, click here!