Jamie Hailstone is a freelance journalist and author, who has also contributed to numerous national business titles including Utility Week, the Municipal Journal, Environment Journal and consumer titles such as Classic Rock.
January 24, 2018

The Thin Blue Line – mental health in the police force 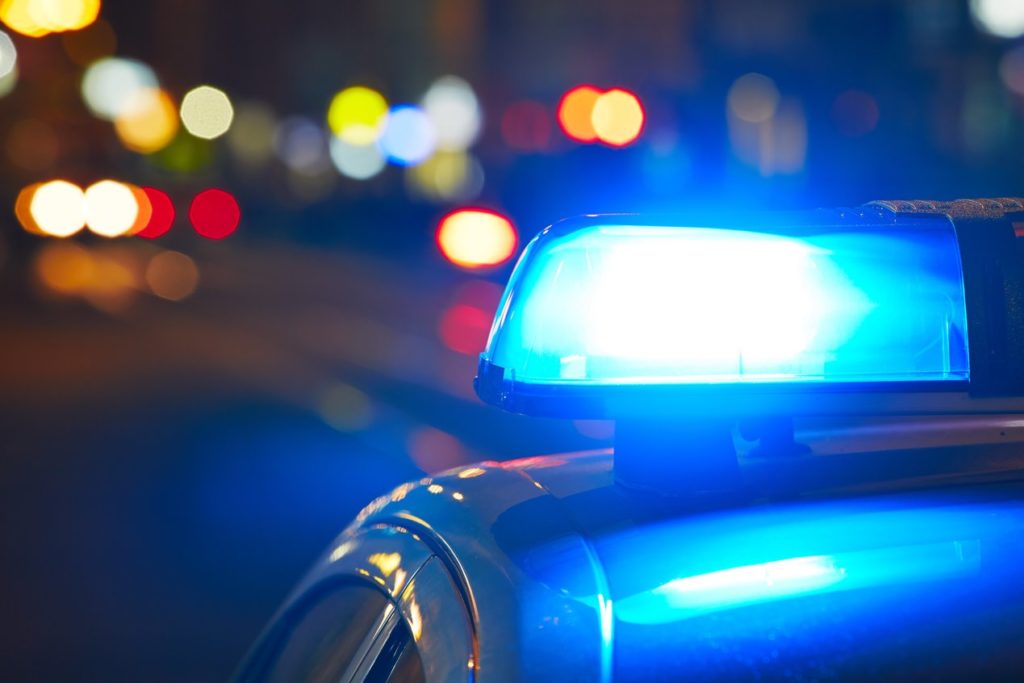 The traditional image of the British police officer is somewhere between Dixon of Dock Green and the Sweeney – strong, steadfast and unstoppable.

But like so many other parts of the public sector in recent years, police forces have had to contend with a growing demand for their services, often in difficult and traumatic circumstances and a fall in staffing numbers, prompted by austerity cutbacks.

The combination of the two factors has led to an increase in the number of police officers suffering from workplace stress and mental health issues.

Figures published by the Police Federation, as part of the annual National Detectives Survey in November put the issue into sharp focus.

Half of officers stressed

Almost half (48%) of all the officers surveyed for the report said they found their work either very or extremely stressful.

A large majority (80%) said their job was stressful because the nature of the work was high-risk, while 71% said it was emotionally demanding and around two thirds (64%) said it was because they were exposed to traumatic or distressing incidents.

Speaking to SHP, Police Federation vice chairman Che Donald said it has clear for some time that its members are “suffering”. 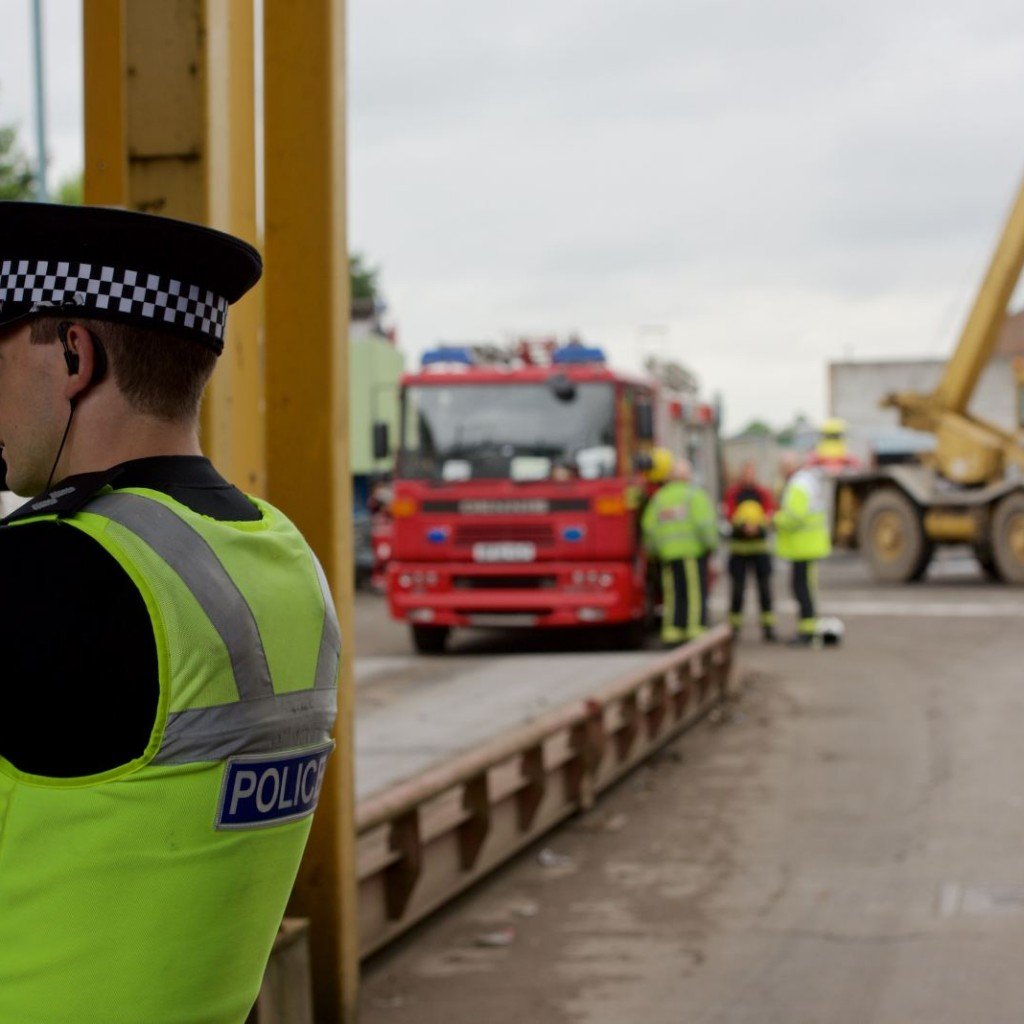 “Mind produced a survey three years ago in relation to people working in the emergency services,” says Donald.

“It said people working in the emergency services were twice as likely to suffer with mental health, compared to that of the public,” he adds.

“We know the likelihood of any member of the public suffering from mental health is one in four, so if you take the Mind figures into account, that brings it down to one in two.

“So, if you work in the emergency services, there’s a 50% chance that you are likely to suffer with some sort of mental health issue throughout your service,” says Donald.

The Police Federation chairman adds there has been a “storm brewing” in policing for some time, caused by a “significant decline” in the number of police officers around the country.

“Since 2010, we’ve lost effectively 20,000 police officers, which is roughly 17% of the total workforce,” he explains. “The demands and pressures, which go with the job have not diminished in anyway. If anything they have increased.

“So, we have a reduced workforce competing with increasing demand, which leads to a pressure cooker environment.”

Another of the reasons why more police officers are suffering with stress and mental health issues is the changing nature of police work.

Twenty or 30 years ago, officers tended to go out on patrol in pairs, whereas now they are much more likely to be on their own in a “single crew”, as Police Firearms Officers Association (PFOA) trustee and former firearms officer, Gary Cable explains.

“It’s not unusual for an officer to go out on duty on their own in a car and not speak to another officer for eight hours, apart from talking to control on the radio,” says Mr Cable.

“My own personal view is if you looked at the police service 30 years ago, there were numerous police houses, bigger shifts and more of a police community,” he adds.

“As policing has had to adapt and move forward, that sort of network and community has diminished. You have smaller shifts and less supervision now,” says Mr Cable. “It’s not unusual to have a supervisor responsible for 20 or 30 officers over a number of stations.”

He adds charities like the PFOA have also seen an increased demand for mental health support, and not just for police officers, but for their family members as well.

Mr Cable adds the Welfare Support Programme, which the PFOA runs with the Police Federation has received 1,000 calls from officers for support over the last three months.

As well as the Welfare Support Programme, the mental health charity Mind also runs the Blue Light programme, which provides support for staff and volunteers across all the emergency services.

“Since the programme began, thousands of staff and volunteers across our police, search and rescue, fire and ambulance services have actively challenged mental health stigma, learnt more about mental health and made positive changes in their approach to wellbeing with the support of the Blue Light programme.”

The programme includes the Blue Light Infoline (0300 303 5999), which offers confidential advice and support to emergency services staff and their family.

Police forces and other services can also download a free Blue Light programme blueprint pack, which gives step-by-step guidance on how to set up or embed activity around mental health in the workplace.

“The police service is a typically ‘macho’, male-dominated profession and we know that men can be particularly reluctant to reach out and ask for help if they’re struggling with their mental health,” says Ms McGuinness.

“This, coupled with concerns over fitness to practice, can result in a ‘culture of silence’ whereby staff don’t talk to their employers. If employees don’t come forward, employers won’t necessarily be aware of the problem and things can get worse.

“We want employers to create a culture where employees feel that their wellbeing is valued and that they can open up if they are struggling with their mental health. That way they can access additional support before things deteriorate, potentially minimising the need to take time off,” she adds.

“We are gradually seeing employers across all sectors take the issue of mental health at work more seriously and, with that, creating an environment where staff can talk openly about their wellbeing, but we can’t expect to see this change overnight.

“We know that many staff still don’t feel comfortable disclosing if they’re struggling with stress and/or poor mental health. Across the country, our Blue Light champions – emergency services staff and volunteers who have personal experience – have been bravely sharing their own experiences and encouraged others to follow suit,” says Ms McGuinness.

Across the country, police forces are also putting other measures in place to support their officers. North Yorkshire Police has become the latest force to adopt the Trauma Risk Management (TRIM) system, which is a peer-led risk assessment, designed to identify and support officers following a traumatic incident at work.

Colleagues can request a TRIM assessment either for themselves or for another colleague following an incident.

Superintendent Mark Grange tells SHP that 40 officers and staff across the force have already received specialist training as TRIM practitioners.

“I think all people in the police service want to see something practical,” he explains. “We wanted to make sure referrals were easy. Everyone can refer somebody.

“Awareness of post-traumatic stress is a lot better than it was when I first joined the force in the 1990s,” he adds. “People are more open to say they need assistance. Sometimes that has been a little bit too late. I don’t think that’s because people do not want to talk about it.

“I think sometimes people do not recognise some of the signs and symptoms in themselves,” says Superintendent Grange. “Sometimes you need other people to sit down and have that conversation with you.”

Listen now!
The Thin Blue Line – mental health in the police force A reduction in staffing and an increase in service demand has led to an increase in the number of police officers suffering from workplace stress and mental health issues. Jamie Hailstone investigates.
Jamie Hailstone
SHP - Health and Safety News, Legislation, PPE, CPD and Resources

Insecurity in a macho culture, like many other institutionalised or armed forces, fear of not being found resilient enough so, no wonder too many attempt to cope and tolerate the stressors of the job and, persevere beyond the point “adaptation exhaustion” where self-medication no longer masks the symptoms of lost Wellbeing as, they manifest increased levels of performance anxiety, fatigue, mood swings, irascibility, errors and poor decision making including self-harming work related behaviours. Sub-optimal performance, productivity will, by this time, prompt a degree of “approval deprivation” from peers and management, potentially leading to a break-down in relationships on the down-ward… Read more »