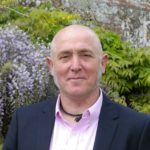 Simon Cassin BA (Hons) FRSPH, CMIOSH, MIIRSM, GIFE Simon has recently completed a 6-year part-time degree in philosophical and psychological studies at the Open University, receiving a 1st class honours degree. After joining the army as a junior leader, he worked as a PTI before changing career and serving in the Greater Manchester Fire and Rescue Service, where he reached the rank of Station officer before he left in 2003. Simon is the managing director of Ouch training team ltd. and an experienced H&S professional focusing on public speaking, training, mental health and wellbeing and adopts a philosophical and psychological informed approach to supporting his clients. In recent years he has become a strong advocate for the benefits of implementing a philosophical approach to workplace health, safety and wellbeing. He is currently enrolled on a 2-year part-time master's degree in Applied and Professional Ethics at Leeds University, starting in 2021.
September 6, 2021

The philosophical principle of charity

Ouch Training Director, Simon Cassin, explores how we can change our approach to differences of opinion and considers an alternative way of developing knowledge and process of learning within safety. 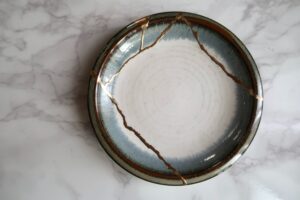 The health and safety industry has seen many new initiatives and ideas over the last few years. But there remains a hardcore of people who have formed rigid and seemingly immovable opinions. Those who follow social media, read industry magazines, or online articles will be familiar with what is often an unprofessional and unproductive attitude to disagreement. I believe it’s time to change how we approach differences of opinion and consider an alternative way of developing our industry’s knowledge and process of learning.

When we have a heated disagreement with another person or persons, we commonly describe the encounter as an argument. Often this process ends up as a bun fight whereby one or both sides respond in an ad hominem manner that seeks to denigrate their adversary’s motives, intelligence, or character rather than responding to their argument. But when we attempt to think critically and appropriately evaluate the truth of another’s position, the term argument has a different meaning.

On this explanation, an argument typically involves one or more parties making statements which they believe provide reasons (premises) that support their conclusions. Critical thinking enables us to evaluate ideas by confirming the validity/strength and the soundness/cogency of that argument. Unpacking statements and critically considering arguments generally involves arranging the argument in a simple standard form, including recognising and listing both the premises and the conclusion. Doing this allows us to confirm whether the argument is deductive or non-deductive, unpack any hidden assumptions, and evaluate the argument’s logical form, soundness or cogency.

The process of critically thinking about another person’s argument is, in my opinion, best served by adopting an approach known as the philosophical principle of charity. The principle starts from a position that treats all parties as intellectual (epistemic) equals and compels us to consider the best possible version of their argument. This includes occasions where we could judge an argument in one of two ways. On those occasions where reasonably and logically possible, we should reject a flawed interpretation of an argument favouring the best option available. Adopting this approach may require us to rearrange and even tweak an argument. Typically this involves disregarding any minor inaccuracies and attempting to represent the argument in its best possible form. Sometimes an argument may be stated or written with a deductive or absolute conclusion. Suppose this is the case and, because of its deductive form, can be quickly rejected. The principle of charity would advise us to convert the argument from a deductive to a non-deductive format. This change in reasoning allows us to disregard rare or conceptual counterexamples and move our evaluation from a position of considering absolute premise/conclusions to a more attainable probable set of premises and conclusions. (Remember, we’re trying to move knowledge forward; many scientific findings are non-deductive).

Example showing how adopting a principle of charity can help create a strong and cogent argument from a flawed statement.

Statement: “Managers should do more site visits as it will result in a greater level of trust between the management and employees”

If we set out the argument in standard form, it will look something like this.

Premise 1: More site visits from managers will result in higher levels of trust between the management and employees.

Conclusion: We should make managers do more site visits.

As we can see in its current form, the argument is deductive. If we can think of any plausible counterexamples that undermine the truth of the premise, we must reject it. The problem here is the words ‘will result’; they leave no wiggle room. It is plausible to recognise examples of site visits by managers which may not improve trust. What if they visit when no one is there or at a time when the team are unable to chat?

But if we tweak the argument to read, “Managers should do more site visits because visits can help build relationships and improve trust between the management and employees”. Now we have moved the argument from a deductive to a non-deductive argument, which requires that the premises need only be probably true rather than definitively true.

In addition, and on closer inspection, we can see there is still something missing. The logic seems alright, but there is an important but hidden premise that is assumed to be true but is left unstated.

Hidden premise: “Trust between management and employees is a good thing.”

If we tweak the wording and add the hidden premise, we now have an argument that looks like this.

Premise 1: More site visits from managers can result in higher levels of trust between the management and employees.

Premise 2: (Trust between management and employees is a positive and desirable state)

Conclusion: We should make managers do more site visits.

Considering a person’s statement in this way gives us a greater chance of evaluating the best version of their argument. It allows us to logically and rationally think about the reasons that underpin their argument. People who undermine the arguments of other’s by adopting strategies, such as straw man fallacies, do not help the search for truth. A straw man fallacy is when a person restates another’s argument incompletely or misleadingly. Doing this inhibits rational arguments and, at best, lays down a platform for rhetoric rather than truth.

By now, some may be thinking, why should we invest time and effort into improving the arguments of people who disagree with or question us?

Possible benefits of adopting a principle of charity

Alternatively, we may have experienced situations where we avoid joining in or initiating debate because of the possible adverse reactions of others. On a personal level, I’ve met plenty of people who; try and shout you down, misrepresent the points you’re trying to make, respond to a different argument than the one offered, or a current favourite for some is ignoring anyone who questions them. These deficiencies are not unusual and can be observed in all aspects of disagreement, including those involving individuals, employees and management, and disputes between organisations.

Adopting the principle of charity can take longer than just looking for the faults in the arguments of others. I must admit that I struggled with it at first, but after receiving plenty of support from my philosophy tutors, I think I’m heading in the right direction. I believe I have tried to remain open to being questioned throughout my working life, but this approach has been far from universal. And I can remember many occasions when a lack of self-awareness or emotion has influenced my approach to disagreements. If I said I was a wholly reformed man, I would be lying. Adopting the principle of charity doesn’t always come easily, but the more I attempt to think in this way, the more available it becomes.

I find the principle particularly useful when considering the arguments of colleagues and a helpful approach in my work with clients on projects including ethical frameworks, H&S training, and leadership support. Many would agree that we should consider the ideas of others critically and respectfully, so a relevant question might be why not conduct all interactions under the umbrella of a principle of charity?

Approaching arguments in this way can help us all contribute to a better version of the health and safety industry. One that is based on the quality and essence of an idea rather than the status of the arguer.

What do you think? Please comment in the box below…

Listen today!
The philosophical principle of charity Ouch Training Director, Simon Cassin, explores how we can change our approach to differences of opinion and considers an alternative way of developing knowledge and process of learning within safety.
Simon Cassin
SHP - Health and Safety News, Legislation, PPE, CPD and Resources

Hi Simon, interesting article. I believe that understanding an ‘argument’ is the most important part of an exchange of views. As you say, many people state their position, but then don’t either listen to, or understand, any other point of view. While it can be personally hard to change our position with regards to a course of action we would like others to undertake, it is certainly worth evaluating another option, if it has merit, after unbiased interrogation.