Dr Tim Marsh PhD, MSc, CFIOSH, CPsychol, SFIIRSM is MD of Anker and Marsh. Visiting Professor at Plymouth University he is considered a world authority on the subject of behavioural safety, safety leadership and organisational culture. As well as many of the world's most recognisable industrial names Tim has worked with diverse organisations such as the European Space Agency, the BBC, Sky TV, the RNLI and the National Theatre in his 25 year plus consultancy career. He has key noted and chaired dozens of conferences around the world including the closing key note at the Campbell Institutes inaugural International Thoughts Leaders event in 2014. He has written several best-selling books including Affective Safety Management, Talking Safety, Total Safety Culture, the Definitive Guide to Behavioural Safety and Organised Wellbeing. Previously he led Manchester Universities ground-breaking research team into behavioural safety methodologies in the 1990s.
July 16, 2020

One of the most influential safety concepts of recent times has been Andrew Hopkin’s ‘mindful safety culture’. In essence, this is that organisations should always keep in mind that things are going wrong every day with ‘safety as it is written’ and that the best companies pro-actively find out what these problems are (safety as it is actually done). Lesser organisations merely waiting for the problems to ‘find them’. 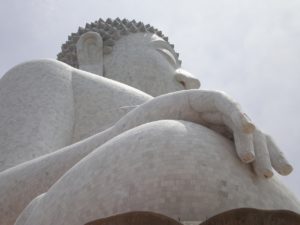 The concept of ‘mindfulness’ is rather better known now than when Professor Hopkins first championed it and most readers will know that its associated with the Buddhist tradition. This article is therefore a companion piece to my recent ‘why Einstein would have made a great safety professional’ and covers five Buddhist principles or concepts that have direct relevance to safety excellence. (We’ll jump straight over ‘do no harm’, selflessness, karma (you tend to get the luck you deserve – or Heinrich’s principle as we know it) and other items from the ‘bleedin obvious’).

1. Right speech and “right intent” – or the workforce can spot BS from 101 yards…

Some years ago I saw a CEO give an impassioned opening talk at their annual safety day and was convinced by him. However, I noticed a few guys at the back do the ‘bull****’ into the back of their hand thing and I followed this up over coffee. ‘He sounded convincing to me’ I said but was told ‘that’s because he actually believes his own BS’. Some weeks later they suffered a fatality and I attended the next key safety session, despite it being a day when my wife was being treated for cancer. (It was a standard treatment and safety is what I do and I felt I had to be there to support best I could). It’s not what he does though. He didn’t turn up, didn’t apologise, didn’t even warn us he wasn’t coming…

The single biggest predictor of safety performance is management commitment. Wishing for it, promising it or asking for it convincingly isn’t the same thing as having the humility and integrity to ensure it though actions motivated by genuine intent. Likewise, minimising our egos and seeing ourselves as just a small part of a bigger picture can help motivate us to wear face masks during the COVID-19 crisis, not because we should assume everyone we might be infected but because we should assume that we might be.

2. Ying and yang – Everything is impermanent (or we’re all going to die).

You’re going to die and so is everyone you know and love. Sorry about the brutality of that but it’s the most obvious ying and yang example I can think of. Although life is often wondrous it’s also finite and beset by many and varied travails along the way. Bad things will happen to good and conscientious people, no matter how hard they try (or however many vitamin pills they take on the way to the gym).

With reference to James Reason’s first law of human error (“even the best people make mistakes”) it’s a good mindset to have when considering a proportionate response to risk management. This especially so when something has gone wrong and we’re looking for someone to blame. For every person who is genuinely lucky there will be someone genuinely unlucky.

Like the jockey with the world record number of wins (AP McCoy), who also has the record for losses and falling off horses, it’s key to remember that the people who get stuck in and strive the most also fail the most. Life itself is risk and reward, ying and yang and we can’t protect all of the people all of the time because, for example, driving to work carries risks we can’t entirely control. This leads us to point three…

It is an immutable law of the universe that, unless we get lucky, the efficacy of our response to any issue has an upper limit set by the objectivity and accuracy with which we understand a problem. In the million selling book ‘Mindset’ by Carol Dweck she describes the best boss she ever worked with as habitually asking the question ‘why?’ about almost everything. (Followed by ‘OK, that makes sense … now what?’).

A commitment to understanding why things are as they are and not as we merely wish them to be, and in Buddhism part of “nonattachment”, is accepting what we believe may not be right. This mindset is also key to proactively getting in front of risk and designing processes and mitigations that minimise harm. No-one knows better than the workforce themselves why things happen so any strong culture will have methodologies in place to ensure quality dialogue – and a fair and just culture that maximises this and minimises defensiveness.

4. Anarchy in the UK (and elsewhere) – There are no rules.

There are simply no hard and fast rules in Buddhism. For example, it is not a rule that you shouldn’t eat meat of drink alcohol despite many adherents being teetotal vegetarians/ vegans. People are encouraged merely to mindfully consider issues like what they eat… and many find that if they really think about exactly how and where that chicken sandwich came from it can get quite difficult to eat it…

It’s said that rules were made ‘for the guidance of the wise and the blind obedience of fools’ and whilst self-discipline is often important (and on occasion utterly critical) often an engaged and informed consideration of risk, moment by moment, is more appropriate and safer than blindly sticking to the rules. For example, would you prefer your 10-year-old to cross a road at the ‘wrong place’, but with a heads up dynamic risk assessment foremost, or have them step blindly into the road because the green man starts bleeping? Most would prefer the former…

Ideally, of-course, we’ll link back to point three and ask ourselves whether the pelican crossing is in the right place… 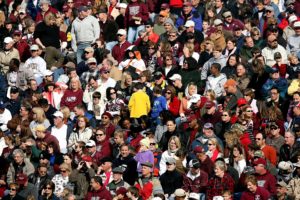 Chanting is not compulsory in Buddhism but then it doesn’t need to be as we all ‘chant’ every day whether we intend to or not. This might be at a referee at a football match or perhaps something basic and encouraging at a rugby match. (I wouldn’t mind a pound for every, “Waaales… Waaales!! I’ve joined in on!).

On a more mundane level we can find ourselves regularly thinking ‘I’m no good…’, ‘there’s no point…’ or ‘it won’t work…’ as an internal mantra. On a personal level this internal dialogue is the opposite of the positive mindset needed to maximise our potential and our chances of having a day where we thrive and flourish. Applied to a safety and wellbeing culture generally such repetitive learned helpless ‘chanting’ becomes self-fulfilling. Where this is a widespread cultural mindset many people will stop contributing and/or vote with their feet.

It’s quite easy to get a handle on people’s internal monologues. Formal culture surveys can be undertaken of course but simply talking to employees and noting whether they use words like ‘us’ and ‘we’ rather than ‘you’ and ‘them’ will tell you how engaged they are and what sort of internal chants predominate.

No one ever asked, ‘what are you some kind of Buddhist?’, as an insult. I’d like to argue that that’s because the tradition is full of excellent and practical thinking. Increasingly, as we move from ‘shouting safety and whispering health’ and address health and wellbeing more directly – especially in 2020 – the basic principles of Buddhism surely become more and more relevant as we manage an increasingly risky and hazardous future.

Final point: Anyone thinking ‘I’m not taking wellbeing advice from a bloke with weight management issues!’, should know that the original Buddha was slim – it’s just that a high-profile adherent some generations down the line makes for a better shaped statue. Or, to link back to point three, check everything, believe nobody, assume nothing. Or as the anti-buddha would say (despite enjoying a physique to make a good statue). Fake news!

Click here to view SHP's coronavirus advice for employers hub
Why Buddha would have made a great safety professional… or ‘Zen and the art of safety culture maintenance’ This article covers five Buddhist principles or concepts that have direct relevance to safety excellence.
Tim Marsh
SHP - Health and Safety News, Legislation, PPE, CPD and Resources