5 skills for communicating health and safety 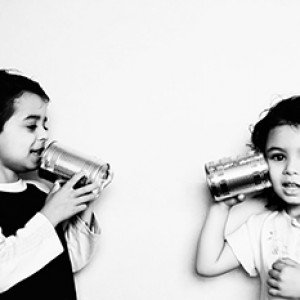 This article is about soft skills that are entirely generic: assertiveness; presentation; negative feedback; positive feedback; and listening. The three attributes that link the list is that they are a) not complicated; b) not addressed by many major organisations; and c) their absence causes serious weakness to an organisation’s culture.

The ‘Peter Principle’ holds that we are promoted until we reach a position for which we are not competent and many supervisors or managers promoted on the basis of their technical knowledge and/or hard work find themselves utterly untrained for key aspects of their job that fall under ‘soft skills’. In my experience the top 5 are:

We know that as well as leading by example, the key components of transformational leadership are empowering, praising, communicating and coaching and many key interactions in an organisation require some combination (or even all) of the above skills.

The supervisor lacking assertion skills is likely to go one of two ways. Firstly, they might walk past something and say nothing when they need to. Secondly, they might store it up and then ‘blow’ so that their eventual response is as aggressive as it is unexpected.

The trouble is that being unassertive is always a problem for the organisation and simple models of assertion help clarify why this is so. Transactional analysis  says that we are in one of three states when interacting with others, which can be thought of in terms of three vertical bubbles.

The top bubble is ‘parent’, which can be either domineering or paternal, both of which can cause problems. Domineering generates a similarly domineering (fight) or a submissive (flight) response, whereas a paternalistic approach is less authoritarian but unlikely to lead to empowerment or growth.

The middle bubble is where we want to be: adult, calm and rational, ready to stand up for ourselves but without infringing on others.

The bottom bubble is ‘child’ – useful only in a creative, problem solving session.

By training yourself to ask “What bubble am I in here?”, you’re halfway to being assertive already.

This lets the audience know where they are as the talk progresses and ensures the presenter keeps the talk around the key issues without being likely to introduce something key in the summary.

If knowing where they are in the presentation is torture – because you’re only 30 minutes in and it’s only point two of six and already you want to kill yourself – other techniques might be useful.

The use of colourful material and illustration (if not outright interaction) helps of course, but a simple rule of thumb is – if you can’t look up and talk fluently for a couple of minutes per bullet point, then you haven’t prepared thoroughly enough. An inexperienced presenter should spend four or five minutes preparing for every minute spoken.

Supervisors need to be able to tell people they are in the wrong without alienating them. Top bubble aggression is a very safe place from which to tell someone off but people hate that and most will resolve to get them back later, sometimes through direct action, but more often by withholding discretionary or ‘citizenship’ behaviour such as volunteering, helping new starts or generally ‘going the extra mile’.

For example, only 1 person in 50 will shoplift but that rises to 1 in 3 following a frustrating encounter with a self-service checkout. Sickness absence, turnover and spurious claims all tend to correlate with alienated workers and it’s worth remembering that much compliance is, in practice, discretionary.

The basic rule is to never generalise or personalise and to stick to the behaviour at hand. So saying: “You’re always doing this! Where did we find a moron like you?” may often be broadly justified but the response will not be ideal, starting with “I don’t always do it! There was that one time last week I didn’t.” More importantly, when they discuss it later with colleagues they won’t be discussing the issue you raised – they’ll be discussing you and your deficient personality.

On the other hand, starting the feedback with: “You’re great generally, but this specific behaviour is a problem because…” allows you to operate from the adult bubble at all times.

We are wired to respond well to praise and positive feedback. Imagine a boss saying one month before your formal feedback: “I’ve noticed a big improvement in those two areas of weakness that we discussed 11 months ago, and I’m looking forward to giving you your formal feedback in a month’s time”. How much negative feedback would they have to give you to match that improvement in motivation? They couldn’t do it even if they followed you around with a gun.

Following this, some compliance-driven organisations can have the mindset of: “Why are we praising people for doing their job?” This forgets the notion that so often compliance is discretionary. Reinforcing and embedding even the basics is a key role of any supervisor and the ‘catch a person doing something right’ principle has been expounded on in 101 books but won’t work if the feedback comes across as insincere or embarrassing. The US-based: “Well hey you won’t be the one going home injured tonight! Way to go! High five!!” style can go down like a lead balloon in certain places.

Something more suited to the locale will have more impact and be far more likely to be used as regularly as the textbooks recommend.

Many people struggle to accept that listening is something that needs training and practice. At its core it requires concentration, but some of the advanced skills can be hugely useful in a variety of situations.

One good example is paraphrasing, used to summarise what’s been said to ensure it’s been understood. It can also be used by picking up on other cues, like tone of voice and body language, and saying: “You’re saying X but I’m hearing Y. Please clarify.”

The final use of the paraphrase can be used in the face of hostile and difficult people. Summarising their tirade of abuse shows you have listened, acknowledges the point and helps to diffuse a situation. Note that you don’t have to agree with what’s being said, even if you do.

Tying this together – coaching and the feedback fish

Coaching is a complicated area but can be boiled down to the ‘feedback fish’. Imagine your four-year-old draws you a fish that doesn’t look anything like it should. You wouldn’t say: “That’s crap. It doesn’t look like a fish.” (Well, one hopes). You’d first praise the child, then hint by asking questions: “There might be something missing – let me think – how do fish see?” encouraging your child to shout: “An eye!” and then add one to the picture, and so on.

The key thing here is that they say it first and it doesn’t matter that you quite clearly led them to it. Interestingly, it’s the same with adults: if they say it first, then they own it and ‘discovered learning’ kicks in.

Can you imagine a workforce where the majority of front-line supervisors are comfortable giving feedback about performance, are quick to see opportunities to praise and do so in an appropriate way? Where they are comfortable giving negative feedback in a constructive way and are skilled at listening and in preparing and delivering presentations? And all the time manage to set an adult and reasonable tone in all interactions, including the potentially difficult ones?

This might sound like a wish list but everything in it can be achieved with some decent training, that’s followed up and embedded. I’d argue it would be a huge step forward for many an organisation’s culture but please feel free to disagree!

I promise to consider, take on board and thank you for any constructive comments, and consider and paraphrase back any that are less than constructive.