Spotlight on university safety and security

We look at how a commercial and an academic venture are tackling the security challenges faced by university students. 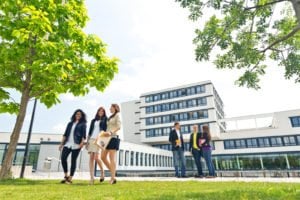 Not long into the new year a man in a running vest, which was mistaken for a suicide belt, sent Bournemouth University into lock-down. A false alarm on this occasion, thankfully, but the incident highlighted that Higher Education Institutions (HEIs) are as prone to threats as much as the high street is.

While the threat level to HEIs is currently recognised as low to moderate, the importance of mental wellbeing as a marker of student satisfaction means that universities are more and more conscious of incidents affecting their students.

“Generally, the risks are similar to those that you see in a typical city centre,” says Glenn Farrant, CEO of specialists in campus security, CriticalArc. “Where the problems you encounter most often are likely to be petty or opportunist crimes – incidents such as bike thefts, or anti-social, nuisance behaviour.”

“Having said this, more serious incidents do sometimes occur. Universities aren’t immune to risks that affect wider society, so emerging problems such as mental health, knife crime and radicalisation should probably be higher on the agenda now.”

“Today there is much greater political and commercial pressure on universities to ensure the physical and psychological wellbeing of students,” says Farrant. “We see this in increased scrutiny from governments and regulators, and in the very real global competition to attract new students and to retain students by delivering better services.”

Trevor Jones, Head of Security at the University of Salford, and Chair of AUCSO (Association of University Chief Security Officers) cites phone snatches, sexual assaults and flat burglaries among the threats faced by students, and he underlines how these can impact them with some shocking statistics: “For the student experience and retention, the Higher Education Statistics Agency (HESA) data shows that a record number of 1,180 students left courses early in the 2014–15 academic year due to poor mental health – a 210% increase on 380 students in 2009–10. Parents are now also classing the safety of an institution as a major reason for sending their children to a particular university.” 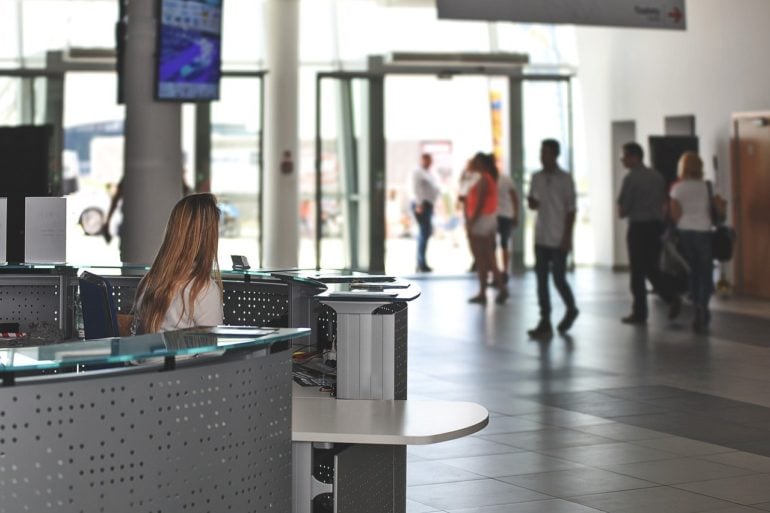 Farrant outlines a number of student groups who can find themselves particularly vulnerable to incidents, including students living away from home in their first year who are “working late, walking home alone, getting lost in unfamiliar surroundings, perhaps coming into contact with drugs and alcohol for the first time.” Meanwhile, he says, “international students can face these pressures too, with the added stress of being further away from home and having to cope with language and cultural barriers.”

However, Dr Lucy Winrow, Researcher at The University of Salford and Communications Manager for ProtectED (the UK’s first higher education accreditation scheme ranging across safety, security and wellbeing) points out that students are often unwilling to come forward and report their experiences.

Citing a survey by The Student Room and Revolt Sexual Assault which found that only 6% of those who experience sexual assault or harassment report it to their university, Winrow comments: “If universities want to create an environment where students feel able to seek support, having excellent security protocols and solutions is crucial to sending a zero tolerance message of sexual violence on campus, and clearly communicating that this approach runs through all areas of student support services at a university. It also recognises the wider role that university security officers now take on at a contemporary university – differing significantly from traditional images of ‘security guards’.”

Are students safe in schools?

As Winrow points out, university security officers increasingly work in partnership with other university services and external bodies, including the police, to support and protect students.

“As the only service available 24/7, university security officers must respond to a wide range of issues and dealing with mental health problems demands significant resources. Where possible, initiatives must be developed to prevent problems arising in the first place.”

Despite the joined-up approach, there is still a fragmentation of services. This means that, according to Dr Winrow: “some students will be better supported than others, depending upon their choice of institution, and the particular problem that they might face.”

Find out more about CriticalArc’s Safezone

“For example,” continues Dr Winrow, “despite the fact that student suicides are at record levels, only 29% of universities have an explicit mental health and wellbeing team. And even though three out of five  students have experienced sexual harassment or assault [The Student Room/Revolt Sexual Assualt report], a Guardian investigation found that 39% of institutions provide no staff training on dealing with sexual misconduct.”

Using a base of like-minded member universities, the ProtectED Code of Practice has been designed to deal with this fragmentation. It offers universities a way of benchmarking their services, helping them to see where they stand in relation to current best practice guidance, and outlines what they could be doing better to “get existing good practice into practice.”

CriticalArc’s own joined-up approach, meanwhile, is centered around the app-driven SafeZone, an emergency response management software that helps security teams “respond optimally by providing a common operating view of the real-time location of resources,” and enables users to quickly summon help by phone. As this promotional video explains, situations can be as pre-emptive as notifying security staff that you are working late in the library.

According to Farrant, SafeZone allows institutions to avoid “buying cheap, stand-alone solutions that don’t integrate or allow a unified approach.” Among the universities choosing this option is Northumbria University, where students can contact University Security 24/7 for emergency assistance or First Aid, and Heriot-Watt University. “Now operating five international campuses, Heriot-Watt is using SafeZone to provide support, advice and emergency response services for students and staff travelling and working internationally”.

Integration is the keyword for most security operations, and universities are no exception. Farrant foresees that they will further invest in Indoor Positioning Systems (IPS) to develop facilities such as wayfinding (virtual orientation through physical spaces). “CriticalArc is pioneering the first multi-platform solutions that allow real time visualisation of service users right down to building, floor and room level.”

“This has far-reaching benefits, including making emergency response much more effective, and helping deliver PEEPS (Personal Emergency Evacuation Plan) evacuations. The system lets security controllers see exactly where muster wardens and fire marshals are, and coordinate resources efficiently across large and complex estates. In this way they can deliver greater safety and security more efficiently with fewer assets.”

Among his predictions for the future, Trevor Jones believes that “drones will be a big change in the next two years.” The impact of drones ranges from injury to privacy violations, including gathering information on test answers.

What is the ProtectED initiative all about?

Jones also foresees the proliferation of personal safety apps such as mass notification and response app Callmy and Critical Arc’s Safezone. Dr Winrow, who advocates the promotion and provision of these apps, also references SafeZone, noting that “to be effective, universities need trained support staff in place to respond to students.”

Dr Winrow also highlights the importance of wellbeing apps to offer out-of-hours student mental health support, which ProtectED advocates. An example of this type of app is Kooth Student which gives students access to online counselling.

“Evidence suggests that the international student body in particular may include individuals from cultures where there is more of a stigma attached to talking about mental health, and seeking help. Offering accessible and anonymous ways to seek support is therefore vital in encouraging people to come forward.”

This principle is also true for reporting sexual assault. The app Callisto allows students to make a report anonymously and can alert a student making a report if someone else names the same perpetrator. “This knowledge may give students the confidence to make a formal complaint,” says Dr Winrow. “Encouraging reporting is a start, but ProtectED accredited universities will also have clear procedures and support services for dealing with, and deterring, sexual violence.”

What can students do to protect themselves?

While the onus of protection is on HEIs and their operations, students can help to safeguard themselves too.

Trevor Jones and Lucy Winrow both stress the importance of students researching the area they will be moving to and the security provision at the university they will be studying at. This could be achieved by attending a university open day, or possibly via a virtual open day or webinar, and speaking to staff and students.

Mental health is an area where students now have agency, at least in some cases. A number of new ‘opt-in’ schemes allow students to give consent for a parent, guardian or friend to be contacted should “serious concerns” arise about their well-being. This is so crucial because, as Dr Winrow reminds, “it is not currently mandatory for universities to contact a student’s parent or guardian if a student suffers a mental health crisis at university.”

Other ventures include UMHAN’s (University Mental Health Advisors Network) ‘I Chose to Disclose’ campaign to encourage students with a pre-existing mental health condition to disclose it to their university when they begin their studies. “This can help the university to alleviate the worries of students and better focus them on their studies and achieve their potential.”

Finally, Glenn Farrant reminds students that they should be on their guard and “follow all the common sense advice that applies to anyone in a city environments, particularly after dark – such as using approved taxi services, staying with friends and looking out for each other.”

“Students should pay attention to safety and security advice when it is offered,” Farrant says. “If they do that, they should be able to relax and make the most of their time at university without worrying unduly. After all, a key objective of many security departments today is to help deliver a positive student experience, to boost retention and recruitment.”

This article was originally published by IFSEC Global.

Click here to view SHP's coronavirus advice for employers hub
Spotlight on university safety and security We look at how a commercial and an academic venture are tackling the security challenges faced by university students.
Julian Hall
SHP - Health and Safety News, Legislation, PPE, CPD and Resources