Click here to listen back to this Safety Culture webinar, on-demand.

What are the differences between safety culture and company culture? 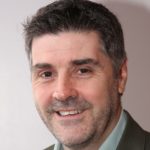 Tim Marsh (TM): “Sometimes none at all and they will always overlap at least. But sometimes they merely overlap. In the UK we have a very strong safety performance driven by risk-based legislation but are merely average when it comes to the health and the wellbeing in safety, health and wellbeing. Another example, Deepwater Horizon had excellent personal safety, but poor process safety.”

Any tips on empowering and engaging foreign speakers please?

Tim Marsh (TM): “Simple and/or illustrated communications of course – but most cultural cues (like norms of behaviour and non-verbal behaviours) are unspoken.”

How can senior management be encouraged to buy into improving safety culture when there are so many issues competing for their time?

Tim Marsh (TM): “Because of its impact on the bottom line and business sustainability. (We need to articulate that if the C-Suite haven’t got safety under control then they aren’t managing the organisation as well as short term profits might suggest!)”

I Feel that we need to understand what a person’s perspective is on Safety and this is the starting of a positive culture therefore, where should a company start when asking questions and how would they go about this?

Tim Marsh (TM): “Safety differently is not new but the core element of it is that people are the solution not the problem and the key question: ‘I want you to work productively and safely and so do you I’m sure … what do you need?’

“Other good questions are to ask ‘why?’ of anything amiss curiously not aggressively (so as to minimise defensiveness) and to pro-actively ask ‘anything uncomfortable of difficult about doing this job safely?’ (Based on ABC or temptation analysis we know that faced with this the temptation will be to cut a corner and that what we (often) do with temptations is five in to them!”

Why does it sometimes take a tragedy to get larger organisations to change their safety culture?

Tim Marsh (TM): “Because many over-confident C-Suits are convinced they are better than they are and/or just get to think that their good luck will continue indefinitely.

“We responded to unfairness more harshly than to illegality with perceived fairness perhaps the biggest driver of behaviour of them all and so even companies who remain in denial will be motivated to ‘do something’ to make up for / react to the ‘bad luck’ just experienced.”

Are there any studies out there which look at the differences in safety culture in different countries?

Tim Marsh (TM): “Yes lots. Issues like ‘face’ and natural deference feature a lot of course but there are themes that recur. For example, working in certain parts of the USA can be difficult because of the polarised nature of politics there. In the Middle East organisations are less motivated by cost and more motivated by perceptions of being leading edge.”

As a Health & Safety practitioner, how can you start to change a culture where the very senior staff are not supportive?

Tim Marsh (TM): “You go straight for the bottom up methodologies as sometimes these teams achieve success despite the huge obstacle this creates. (But can I be cynical and suggest that you do that whilst looking for a new job!?)”

Is there a direct correlation between safety culture and safety KPI’s?

Tim Marsh (TM): “There really should be but many KPIs are poor and the relationship can be complicated. The most obvious examples are that bonuses can suppress reporting and that near misses can (technically) “increase” substantially when the culture (of reporting) improves.”

What are some good quality KPIs for measuring improvements in safety culture?

Tim Marsh (TM): “Face to face stratified culture surveys, behavioural bench-marking and such as 360 degree based assessments of dialogue. So, avoid simple head counts of such as safety conversations but cross reference with an assessment of their quality. My favourite KPI is the number of high impact low cost suggestions generated by the workforce.”

For large organisations that are more complex in their output and internal structure, what would be the key drivers to improve the H&S culture?

Tim Marsh (TM): “As small organisations but with extra emphasis on essential elements. (Essential elements: developing a just and learning based culture to error, actively engaging the work force as much as viable).”

Do you think that different risk perception of stake holders can impact on the culture?

Tim Marsh (TM): “Yes, and the way to find common ground is to have quality dialogue about key issues. A classic example: on Deepwater Horizon workers were pleased to get awards for being LTI free from visiting bosses but what they really wanted to talk about was the on-going issue of drilling ‘kicks’. (On the other hand far more people have been killed in the gulf oil industry in simple falls (etc) than in process safety incidents so this wasn’t a case of one side being right and the other wrong – it was a case of not having a quality two way dialogue).

Do you have an example of where there was a negative culture and you have turned this around?

Tim Marsh (TM): “I’d like to think we have quite a few! My first major client (back in the early 1990s) was Chep UK and the case study was subsequently featured in several IOSH publications. It was a classic situation where accidents were cut to a 10th of previous levels over a period of two or so years. It was a classic situation where everything was based on a plan (with BBS central) that the MD and CEO made driving back from a funeral.”

Do you agree ‘lessons learned’ are a huge part of developing a positive safety culture?

Tim Marsh (TM): “I do, and this is a huge subject. The great Trever Kletz used to say he’d get dismayed at the “terrible sameness” of major incidents. (NB The BBC films about Challenger and Columbia are some of the best safety films ever made – “Major Malfunction” especially).”

Is culture so misunderstood that many organisations as proof of an effective culture?

Tim Marsh (TM): “Yes. Tick box mentalities will always be with us because stressed and hard-working people will always be tempted to tick boxes … and ABC (or temptation) analysis shows us that where there are temptations it is just a head count of how many people give in to them.”

Should safety Leadership should be considered to be a ‘competence’?

Tim Marsh (TM): “I think the basics of risk management should be taught in schools and should certainly be a key element of any management training. ABC (or temptation) analysis and the like apply to health and wellbeing as much as to safety and if you’re a leader you must, by definition, have people working for you!”

What are the signs of a failing culture, or conversely an improving one?

Tim Marsh (TM): “As well as formal assessments and measures discussed elsewhere … The amount of times workers say in the van on the way home ‘I keep telling them but they never listen’. Or workers who never say ‘we’ or ‘us’ about their organisation but only such as ’them’. A tick box mentality.”

You were involved in building a program to increase the HSE culture on Technip. If it was today what you would do it differently?

Tim Marsh (TM): “In recent years I’ve been working in the field of human error reduction per se. I argue that to do this well needs a holistic and integrated approach that covers all the major root causes of error. So, as well as front line safety analysis teams, safety leadership training and good governance levers and measures we pro-actively look at issues like fatigue and mental health and build in methodologies around these as a fully integral part of such as Lean processes.”

What importance is there for safety culture in inspecting and enforcing low-risk behaviours?

Tim Marsh (TM): “It can be vitally important for symbolic reasons. One warning flag: if the symbolism people observe is that the low risk behaviours are targeted mostly because they are easier to address than the high risk ones … that’s not good.”

Click here to listen back to this Safety Culture webinar, on-demand.