A damning report has warned that bullying and sexual harassment in the House of Commons has ‘been known about and tolerated for far too long’. 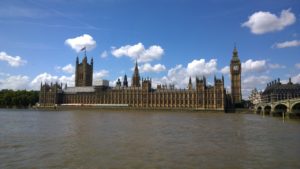 Published yesterday, the independent report into bullying and harassment of House of Commons’ staff by Dame Laura Cox found that ‘misconduct has been able to thrive over many years,’ and has become ‘entrenched as part of an excessively hierarchical’ culture, which it added has no place in any organisation in the 21st century.

It added there is a ‘collective ethos’ at the senior levels in Parliament, which sets the ‘tone for a culture that permits abuse’.

The independent report was commissioned in March by the House of Commons Commission, which is responsible for administration and services in Parliament following reports of abuse and sexual harassment in Westminster.

More than 200 people were interviewed or gave evidence to Dame Laura as part of her investigation.

According to the report, information came from all levels and pay grades and describe allegations not only against some MPs, but also against House staff as well.

More than two thirds (68%) of the people who came forward were women and 70% of contributions came from staff who are still working in Parliament.

‘The people making these allegations spoke of their profound fear of complaining about such abuse, irrespective of any procedures that might be put in place,’ the report states.

‘This fear of being disbelieved, of losing their job, of being unsupported, isolated and ostracised, and of struggling to find work again after being branded a ‘troublemaker’ all compounded the original allegations of abuse.’

Amy Leversidge, the Assistant General Secretary of the FDA trade union, which represents many civil servants, said the House of Commons needs to ‘wake up’.

“Dame Laura hits the nail on the head when she said that tolerating bullying diminishes the legitimacy and authority of Parliament itself,” added Ms Leversidge.

In July, MPs approved a new complaints procedure which aims to ensure a “zero-tolerance approach to bullying, harassment and sexual misconduct”.

Responding to Dame Laura’s report, the House of Commons Executive Board issued the following statement:

“Dame Laura Cox’s report makes difficult reading for all of us. Bullying and harassment have no place in the House of Commons and the Parliamentary Digital Service.

“We fully accept the need for change and, as a leadership team, are determined to learn lessons from the report. We apologise for past failings and are committed to changing our culture for the better,” the statement adds.

“As Dame Laura recognises, this will not be achieved overnight. We have already begun the process. There was an additional meeting of the Commons Executive Board earlier today and the House of Commons Commission will meet on Monday, 22 October specifically to consider the report’s findings and identify next steps.”

The full report on bullying and harassment of House of Commons staff is available to read online.

Download Barbour’s free director’s briefing
Report warns bullying in Parliament has been tolerated for ‘far too long’ Published yesterday, the independent report into bullying and harassment of House of Commons’ staff by Dame Laura Cox found that 'misconduct has been able to thrive over many years.'
Jamie Hailstone
SHP - Health and Safety News, Legislation, PPE, CPD and Resources