No Time to Die… or ‘The name’s Anker… Jason Anker’

In the latest part of his SHP blog series, Tim Marsh talks about what James Bond has in common with safety professionals and how safety leadership needs to have substance. 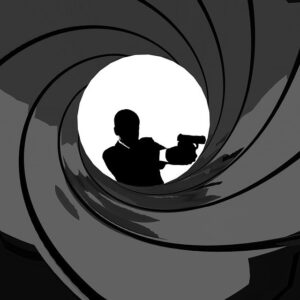 My inspirational business partner Jason Anker has a variation on his talk that features James Bond and his watch. (Based on the David Phillips TED). Around now, when a new Bond film is released, you’ll notice adverts for items associated with the film. Specifically, the “unique selling point” angle seems to be that if you buy, for example, the watch Daniel Craig wears in the film you’ll somehow become more handsome, rugged, charming, tough, switched on, sophisticated and resourceful…

Jason’s talk basically challenges this dollop of… er… nonsense and suggests if you want to be more like Bond – you’d be better off coming up with a plan that includes improving your diet, sleeping well, doing more press-ups and reading more books!

I actually went shopping for watches with Jason once. We found a really nice one. It looked the business frankly… classic understated design by a well-known make and we were assured by the salesman that, though not cheap (a couple of hundred!), it was well worth the money, because it was as reliable as the sun coming up and made by proud and experienced tradesmen, using only the finest component parts. More than that: it was scratch-proof, self-winding, shock-proof and entirely waterproof up to a depth of 10 metres. “Frankly, you simply can’t get a better watch sir…”. (Jason said ‘I’ll take it’ then mischievously asked ‘but if all that’s right… why are you selling watches for £2,000 and even £20,000!?)

We are both well aware that some companies try and use Jason as a ‘Bond watch advert’. They literally wheel him in and say in essence ‘listen to this guy… be moved… be inspired… then go out and be a safety special agent’. And actually, this works in the short term for some. But only for some and typically only in the short term. Sustainable medium to long term improvement always needs hard work and investment.

So, if a person wants to be more like Bond, they shouldn’t buy a watch but rather go to the gym, then a karate class and then a foreign language class on the way home from that. They should switch off the TV more often and instead pick up a book on ‘lessons from history’ or some such – then sign up for that advanced driver course and re-read Dale Carnegie’s book on how to charm and influence. (Or, if you’re like me, just make some lists and some promises… then feel guilty you’re mostly using the books as place mats!)

If you’re an organisation, don’t just book inspirational speakers, inspire all colleagues by having regular good quality dialogue with them. Tell them you want them to be both safe and productive and to enjoy the benefits of ‘good work is good for you’ then ask them ‘what do you need to achieve that?’ As well as listening to them, praise them rather than criticise them and coach them rather than tell them as both are hugely more effective in changing behaviour and generating engagement and discretionary effort. Generally: graft to build a strong, safe, caring culture one interaction at a time.

To finish on a personal note you should know that, behind the scenes, Jase is as inspirational as he is on stage. He’s too modest to say so, but he’s very much his own case study. These days he goes to the gym, does ice plunges before breakfast, eats well, makes sure to sleep well, relishes time with friends and family – grandchildren especially – as much as anyone I’ve ever met and is always positive and glass ‘half full’. He never says a bad word about anyone… well, Bond-style villains aside! He even looks 10 years younger than he did 10 years ago when I first met him.

In short, the name is Anker. Jason Anker…

Watch: In this SHP Safety Talks video, Tim talks about what Jason Bourne and James Bond can teach you about risk perception…

No Time to Die… or ‘The name’s Anker… Jason Anker’ In the latest part of his SHP blog series, Tim Marsh talks about what James Bond has in common with safety professionals and how safety leadership needs to have substance.
Safety & Health Practitioner
SHP - Health and Safety News, Legislation, PPE, CPD and Resources