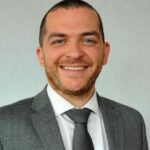 In this article, Danny Clarke, Founder of Simply-People, looks why men in male-dominated industries are at a higher risk of dying by suicide and what makes male-dominated occupations so fatal… 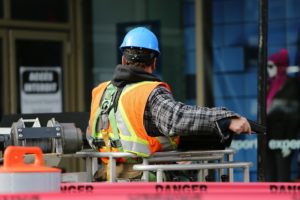 The suicide rate for men in England and Wales hit a two-decade high in 2019, with men accounting for nearly three-quarters of suicide deaths registered.

Men aged 45-49 are at the highest risk of suicide, and as discussed in our blog post around men’s mental health, it’s the largest cause of death for men under the age of 35.

Alarmingly, though, there seems to be another trend emerging – men in male-dominated industries seem to be at a higher risk of dying by suicide than ever before.

Suicide rates for construction workers in the UK is over three times the national average.

The construction industry may be viewed as risky due to the dangers of operating heavy machinery, but the true danger may lie in the fact that the suicide rate for construction workers is three times the national average for men.

In fact, the suicide rates in the construction industry alongside the stigma around mental health have led to initiatives such as ‘Building Mental Health’ and charities such as ‘Mates in Mind’ to tackle the issue. In 2019, Dr Nick Bell looked at understanding suicide in construction in an article for SHP, while 2021 research carried out by Glasgow Caledonian University shows that suicides have increased in construction.

In a study by Construction News, a number of factors were cited as contributing to poor mental health, such as:

With over 48.3% of construction workers taking time off work due to unmanageable stress and mental health issues, it begs the question – why are so many men in male-dominated industries at a higher risk of dying by suicide?

Alongside the construction industry, there are several other industries that have a high risk of dying by suicide, according to a study done by the Guardian: administration, skilled electrical/electronics, drivers, elementary trades, and machine operatives.

One common thread between these professions is the heightened pressures facing men.

Isolation can be a key issue for many of these industries, causing men to spend an increasing amount of time away from family and friends – we already know that social isolation is linked to depression, and poor sleep quality.

Social isolation has also been found to increase the risk of premature death from every cause, for every race.

Add in the correlating factors of drinking and gambling culture, loneliness, job pressure and job insecurity, and one problem quickly turns into several.

Attitudes are changing, particularly in the construction industry, with 41.5% of respondents to a survey by Construction News saying they felt satisfied with the support their colleagues gave after raising issues.

However, 90% still believed that not enough support was being given for those struggling with mental health issues.

Meeting tight deadlines, doing projects/work cheaply, and high competition are all factors in a poor mental health culture in these industries, putting employees’ mental health and wellbeing at the bottom of the list of priorities.

The price of these pressures isn’t superficial – it’s life threatening.

The gendered nature of certain occupations presents a key concern when attempting to tackle the high suicide rates amongst men.

What makes male-dominated occupations so fatal?

Primarily, men in male-dominated occupations tend to be in full-time employment, with greater job strain and demands, and lower job control.

Long working hours, high psychological demands, and work-family imbalance have all presented as significant factors for mental health concerns in men, which are combined with a culture of silence between men around discussing mental health.

It begins with the mental health culture at work

Occupational health interventions are critical in preventing male suicide, and changing attitudes towards mental health across the board.

A culture of silence and secrecy merely enforces the idea that men should ‘put up and shut up’, rather than seek out help from a colleague, line manager, or mental health professionals/services.

Promoting mental health initiatives in the workplace gets a conversation going, opening the floor for men to feel validated, which may be the difference between them seeking help versus staying silent.

60% of respondents in Construction News’s survey agreed that there wasn’t enough awareness about mental health in the industry, further emphasising the importance of mental health awareness and education in male-dominated industries.

Though a nationwide effort was made in training 2,500 onsite workers in mental health first aid by 2020, in order for the stigma around mental health in these industries to diminish, it needs to permeate the industry at large.

Feelings of shame and embarrassment often cause men in these industries to go unnoticed, which is why talking about men’s mental health can go a long way in making positive change.

Hope might be on the horizon, but we can all contribute towards reducing the stigma around mental health, particularly for men.

Talking to a suicidal employee can save their life

Suicide prevention on the railways: In conversation with Network Rail’s Ian Stevens

Genuine question, is this a new phenomena or have the figures always been high? I know this says the rate is at a 2 decade high but what were the rates like in the 1960’s through to the 1980’s? Are the figures available for those times? The reason I’m asking is because I don’t believe that there is the support mechanisms in place that there used to be . When I was at school we were taught life expounding skills and how to deal with everyday issues which allowed us to manage, or at least cope with the things life… Read more »

Yeah but, no but, post war school and work/life in the UK was so totally different there can be no real comparison with the drivers of ill-health in the 21st Century. Work was primarily physical so, fitness was really differentiated by initial austerity after the war followed by over indulgence in the transition from the age of then Nuclear Families life-style as many women had returned home to be the mum while, dad went out to work labouring or bum’s on seats before women got back into the workplace. Then digital took-off and coincidently so the the Binary Families of… Read more »

I think your referring to stoicism, something that’s very much out of favour these days. As to suicide and it’s close relative in male deaths addiction, when 80% of the teaching profession is female and boys learn they are effectively disposable in/to society from a young age and don’t have good male role models to prove otherwise it’s unsurprising so many end up taking their own lives. What’s missing in the item is the effects on men’s (and woman’s) mental health from their life outside of work, though men often have the worst of it when through no fault of… Read more »