Jamie Hailstone is a freelance journalist and author, who has also contributed to numerous national business titles including Utility Week, the Municipal Journal, Environment Journal and consumer titles such as Classic Rock.
July 30, 2018

‘It’s sad that we have to argue a business case for wellbeing or diversity’: In conversation with Karen Jaw-Madson

Organisational expert Karen Jaw-Madson has written a new book on how to transform workplace cultures.

The central concept in your book is the Design of Work Experience (DOWE) process. Can you explain a little about that in layman’s terms? 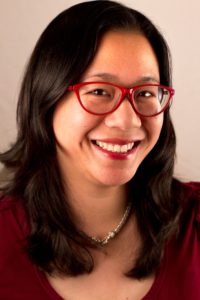 Karen Jaw-Madson (KJM): “I pronounce it ‘DOOWEE’ because if you look at the last page of the book there’s a play on words on it, but the DOWE model is a combination of design and change processes, enabled by engagement and capability throughout. These are arranged as a series of five phases – understand, create, learn, plan and implement – and they each have progressive learning loops and specific activities. It’s designed to be organisationally mindful, because we have this tendency to be always be focused on the next thing, and not paying attention to what’s in front of us. These learning loops have specific activities that enable you to design, implement and sustain culture progressively.

“It was borne out of a frustration with how often we raise culture as a factor in the success or failure in a company. You often hear ‘we need a culture of safety’, especially after an industrial disaster or an accident at work. But there’s no step-by-step guide about creating culture at the front end.”

In the UK, there’s a lot of talk about companies being too focused on short-term thinking. How could this model address that issue?

KJM: “DOWE creates a workplace where people do really well while they are there. It’s about creating an environment where people can do their best and be happy doing it. When that ends, you want that company to be a great place to come from. I’ve been talking to people with Uber on their resumes and it’s a legitimate concern, because they do not want to be tied to the reputation that company has created. If you create an environment or a workplace culture that’s a great place to come from, you increase the chance of people coming back to work there again with even more experience or you might not lose people in the first place. There’s something to be said about thinking long-term, even if employment is short-term.”

At Safety & Health Expo in June, there was a lot of talk about creating a business case for wellbeing in the workplace. Several speakers said all the research shows happier and more supported workers are more productive…

KJM: “Absolutely! They become brand ambassadors. It’s sad that we have to argue a business case for wellbeing or diversity, because for most people it should be a given. That being said, when I am challenged about this, there are two things I try to make people understand. Firstly, this is the most quantifiable decision. It’s either pass or fail. The question is what happens if you don’t focus on changing your culture. Secondly, sometimes there will be a grey area, and that’s because people are a grey area. They are not machines. But at the end of the day, your workplace culture can be leveraged as a business asset or a business liability. If CEOs don’t care about people achieving their business goals, then there’s not much to convince. The leadership has to be onboard. That doesn’t mean someone cannot create this work from a ground-up scenario, but it’s so much easier when the leadership is onboard.”

How important is it to develop a work culture where people are engaged on issues like health and wellbeing?

KJM: “We typically learn why it is important in examples where it hasn’t worked for companies. You read about how a culture has brought down a business. A working culture exists regardless of whether or not you manage it. You either manage culture or let it manage you. All organisations go through change and if they do not have a culture that supports change, they will have an uphill battle.”

There was a report recently in the UK about mental health in the workplace, which talked about the importance of people talking to their bosses about these issues. How can a company change their culture to encourage people to be honest about mental health?

KJM: “Some cultures have a stigma against mental health to begin with, and part of that is down to education. We know that physical safety in most workplaces is a given, but there is also the need for psychological safety, which is the fear of negative consequences. If a company wants to encourage people to talk to their bosses and raise concerns, that sense of psychological safety has to be greater than the threat. One way is to offer resources in abundance, which I talk about in my book. The other side of spectrum is wellness at work, which is the abundance of positivity which encourages that psychological state of flow, where work becomes meaningful.”

What about managing stress in the workplace?

KJM: “From the DOWE perspective, it’s about setting the conditions where stress can exist, or where it can be easily managed. There have been cultures which are really good under a crisis. You will never be done if you tick off problems one-by-one. We all work in systems. It’s hard to address one thing and expect there not to be systematic impact. That’s why my perspective of creating cultures on safety is unrealistic. You can’t just take one part of a culture and say ‘we’re talking about safety’, it’s the entire culture. It’s easy shorthand to say one aspect of our culture is problematic, if it relates to attitudes and behaviours around safety. But the system behind it is a cultural issue.”

What would be your advice to anyone thinking about changing the culture their organisation?

KJM: “One of my favourite quotes is ‘our worlds are formed by the questions we ask’. The moment you start asking the questions, change has begun. If you are already thinking it, then rest assured, change has begun. DOWE can provide the back-up you need and highlight the need for some of the changes. Let that work speak for itself. It doesn’t need to be one voice that says ‘we need to do something about safety’. And from a leadership stand point, there’s something to be said about bringing more people onboard, piloting an idea in a low-hanging fruit area is a great idea, and let the work speak for you. You don’t want to add bias into the process and I think scientists and engineers understand that.”

Listen now!
‘It’s sad that we have to argue a business case for wellbeing or diversity’: In conversation with Karen Jaw-Madson Organisational expert Karen Jaw-Madson has written a new book on how to transform workplace cultures.
Jamie Hailstone
SHP - Health and Safety News, Legislation, PPE, CPD and Resources