Subash Ludhra, Managing Director at Anntara Management Ltd and former IOSH President, discusses what effect a person’s upbringing can have on their perception of risk and how they go about their daily routine, and their work, later in life. 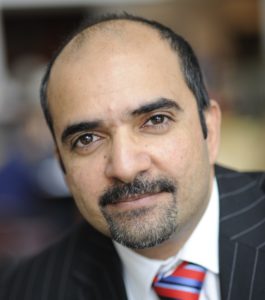 I have been in the risk management field for over 32 years and have had the privilege to have been able to work all over the world in most industry sectors. I do not claim to be a psychologist aor have any professional qualification in this subject and the following is based on my experiences and observations only. I will focus this article on situations where people choose to work in a particular way rather than where they are forced by their employer to take unreasonable risks.

I have often observed scenes where children are either taking or are being exposed to risks that we in the western world would not normally understand. In the photo below the father is transporting his three sons on a motorcycle on the busy streets of Ho Chi Min City (note that whilst he is wearing a helmet, the children are not).

As a result, I have often considered what impact this behaviour has on the children’s attitude to risk as they grow up and become adults. If a child grows up observing and participating in what we would consider to be unsafe behaviours, are they more or less likely to take risks and how will that manifest itself when they enter the world of work, especially if they migrate and work in a country with much higher expectations on H&S compliance?

There are millions of people working around the world who have grown up in environments where the attitude to risk is hugely different to what we would consider “normal”. Some of them could be working in your organisation.

Many workers from Eastern Europe have what I would call a can-do attitude to work and are often eager to keep work going even if it means taking unacceptable risk to achieve the goal. Again, is this as a result of their own observations / actions taken whilst growing up.

During a trip to Berlin in Germany, I was surprised to see so many locals (young and old) waiting at pedestrian crossings to cross the roads despite the roads being completely clear of any traffic. 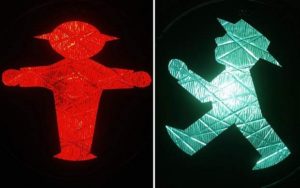 Being a busy Londoner, I generally proceeded to cross the roads (having carried out my own instantaneous risk assessment) ignoring the tutting, jeering and stern faces of many of the observers. Interestingly many other tourists were also conforming to the local ways (was this peer pressure at work). I observed the same behaviour pattern some weeks later when I visited cities in Switzerland.

It occurred to me that whilst the law may prohibit the crossing of roads on a green signal, it was not the law, law enforcers or consequential penalties that were dictating this behaviour. It appeared to be social pressure based on societal norms developed over many years and passed down through generations. Parents in these counties had taught their children to cross safely and wait for the correct signals before crossing (even if there was no traffic present).

This got me thinking about how we have traditionally managed risk within the UK. 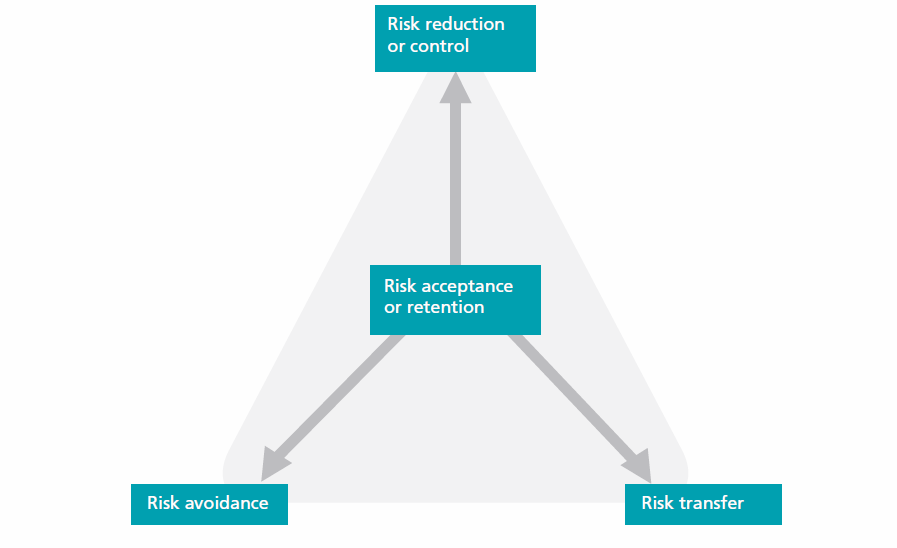 Our traditional models have placed emphasis on rules and prescription, but as Dame Judith Hackitt has stated, rules and prescription do not work, for example, how often do we see vehicle drivers in the UK, driving whilst operating a hand held mobile phone device despite the law prohibiting this activity. 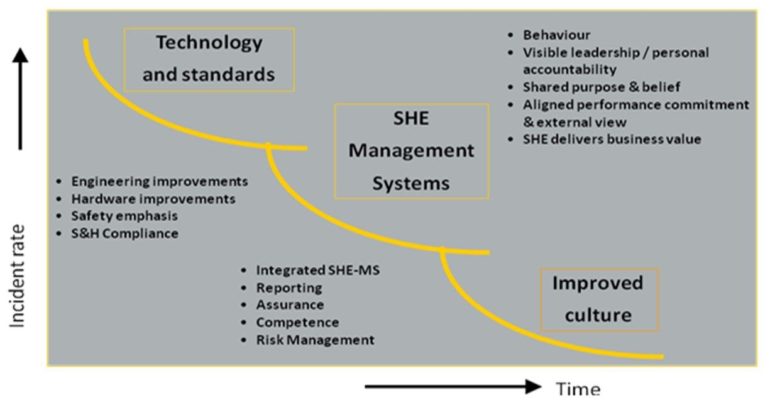 Could this traditional model which was very prevalent in the 1960s and 70s be flawed in today’s world? How many SHE professionals are still using this model in an attempt to reduce incidents? The regulations have traditionally been very prescriptive but it has not prevented individuals and organisations breaking the rules.

Yet in Germany and Switzerland, I was observing first hand individuals exhibiting safety behaviour despite there being no realistic prospect of being punished for breaking them. In fact, I must have broken the rules several times a day over many days in plain sight of the authorities without any intervention.

If we genuinely want to be proactive and improve the safety culture at work, are we approaching it in the wrong way (I fully appreciate that we do need to do something with our existing workforce), do we need to start focusing on future workers much earlier with better education from parents and schools. If we had all been educated in sensible risk awareness / management during childhood would we be more likely to work safely in later life.

Getting individuals or organisations to do the right thing because we collectively believe that it is the right thing to do and not because the law says we have to do it has to be the ultimate goal. Clearly society needs rules and boundaries to operate within but there is no reason why these (in relation to H&S) cannot be less prescriptive and more outcomes orientated (as stated by the HSE in their business plan). 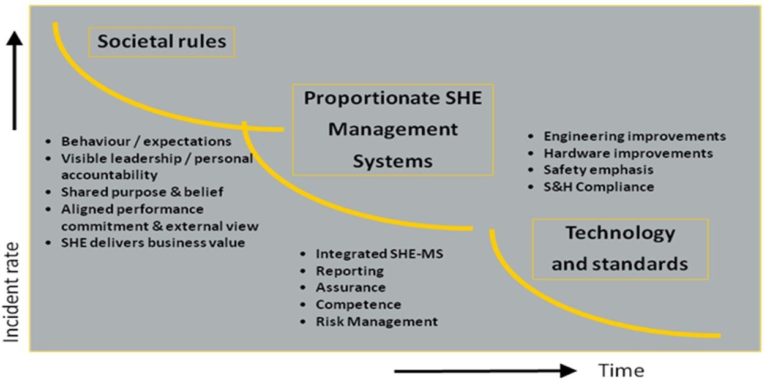 So much effort is put into behavioural safety programmes, where we are attempting to get individuals to change their mindset / learnt behaviour for an alternative safer way of working. But surely, we need to start with the messages parents and educators are giving in shaping mindsets pre work life.

Risk management is a fundamental life skill that many children have limited exposure to in their cosseted upbringings in modern developed countries. It should not be taught at work just in the context of health and safety.

Is now the time to lobby ministers to introduce the concept of risk management into the schools curriculum?

It will take years but the next generation of workers would be much safer and is that not our ultimate goal?

“I read with interest Subash Ludhra’s article ‘Is our health and safety focus aimed at the wrong generation?’ It struck a chord with my own line of thought. Having risk awareness needs to be something people have as part of who they are, not something we expect people to turn on once they get to work.

‘The problem with Health & Safety’

Download Barbour’s free director’s briefing
Is our health & safety focus aimed at the wrong generation? Subash Ludhra, Managing Director at Anntara Management Ltd and former IOSH President, discusses what effect a person’s upbringing can have on their perception of risk and how they go about their daily routine, and their work, later in life.
Safety & Health Practitioner
SHP - Health and Safety News, Legislation, PPE, CPD and Resources

Webinar: Use of technology in compliance and measuring performance

Achieving Agility: A guide for professionals in HR, health and safety, risk and compliance

I guess his work has been subject to much criticism, but he did have a point. Can traits such as stubbornness, greed, and recklessness be “passed along through inheritance” or develop from a person’s social environment and contribute to the faults of persons?

As its outside of the Employers control, its dismissed. But are Governments really interested enough?

Children are indirectly taught safe behaviour at home and the classroom, just look at the current controls for Covid. The real issue is personal responsibility and self control. How many health and safety practitioners behave differently outside of work, doing hazardous tasks at home, high risk sports and personal pursuits. Do we all behave how we would expect our employees in the workplace to? Used all the correct gear with a chainsaw, ridden a motorbike too fast, done a bungee jump etc. Arguably there is no need to ride a motorbike, we all know the increased risk, most likely have… Read more »

Great article Subash, thanks for making us stop and think.

As one who works with staff and students from many countries I’ve dealt with those from cultures where life is cheap and safety, where it’s considered at all, is too expensive. Our moral duty to each other, the very basis of H&S, is an alien culture to many of them. Educating them to ‘our’ way is hard, the Russians and more over Chinese are especially difficult, even those that remain for many years find such change almost impossible, that said many in the highly educated University sector professoriate, even those from H&S aware ‘cultures’ including the UK, try to bypass… Read more »

Hi all, I wouldn’t usually comment but this boils my urine. My wife and I have two children in the pre-secondary school bracket with two building bricks encouraging no more than lol. If now, one of our cherubs misbehaves, we both admonish with a suitable punishment for what has been committed. Now I’m not saying our cherubs are perfect, nor shocking, but, we have noticed an increase in bad manners, foul mouth and disrespect amongst local kids, as if they’re trying to provoke you. Ours would not dare as they have too much to lose but I do sympathise with… Read more »

Two years ago we contacted the heads of high schools, colleges and trusts around the country, offering to provide online highly subsidized health and safety training courses as part of our social program; and a believe like yours that if children are taught safety before they enter the workplace the incidents and accidents of the future can be vastly reduced. We offered 10 certified courses for just £20 through the Safetyman academy and received not one reply despite being one of a very few training providers with ISO 21001 : 2018 – Educational Organization Management Systems accreditation. In addition to… Read more »

Thanks Subash very interesting article and it got me thinking about my 3 boys at home, ages 3>7. During this pandemic my wife and I have communicated with the children to ensure they understood the risks we currently face but in a way that did not scare them. I can say my boys without continual prompts now display the correct behaviors. If unsure they will seek clarification before acting. Would this be the case if we weren’t around? I’m not sure. Its not hard to teach children the correct and safe way to do things if done in a clear… Read more »

The children on the bike, it is not being ridden at the time of the shot. Jay-walking in Germany is an offense, or was when I was there in the 60’s. Youngsters are already being taught a level of safety in schools when undertaking laboratory lessons and where in other classes power tools and machinery is being used. Risk management is a term and though when I was serving my apprenticeship under the Factories Act we used to discuss the manner in which tasks would be undertaken. Yes there were occurrences, though fortunately I never suffered, resulting in severe injuries… Read more »

Don’t visit Italy, it’s quite common to have the smallest child in front of the rider and more than one behind.

Thanks Subash. An interesting artile and I couldn’t agree more. I work in the agriculture sector as you know, and I am convinced that the universal (worldwide) continuing high rates of deaths, injuries and ill health in farming can be traced back to the fact the children live on farms and are involved in hazardous activities from a young age. Being brought up complacent and oblivious to many hazards, their ability to perceive the level of risk is already set pretty low.