According to the Office for National Statistics (ONS), more than 8 in 10 (84%) of pandemic home workers said they planned to carry out some form of hybrid working in the future, spending their working hours between their workplace and home. 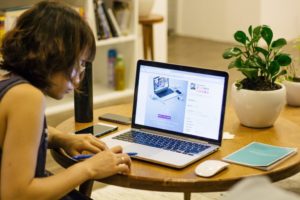 Around four in ten people who had to work from home because of the coronavirus pandemic said they planned to work mostly from home in the future, when asked in February 2022. This was a rise of over ten percentage points since April 2021.

The proportion of home workers planning to work mostly from home rose 12 percentage points between April 2021 and February 2022.

During 2022, the proportion of working adults who reported hybrid working has risen from 13% in early February 2022 to nearly a quarter (24%) in late April and early May 2022. Around one in seven workers (14%) reported working from home exclusively, while the most common working pattern was travelling to work exclusively, with 46% of workers reporting this.

Travelling to work exclusively was the most common working schedule for those aged between 16 and 69 years, with more than half of workers aged 16 to 29 years and aged 50 to 69 years doing so.

More than three-quarters (78%) of those who worked from home in some capacity said that being able to work from home gave them an improved work life balance in February 2022. Half reported it was quicker to complete work (52%) and that they had fewer distractions (53%). Almost half also reported improved well-being (47%).

The most common benefit of working from home was improved work life balance.

Click here to listen to the full Louis Theroux interview.
Is hybrid working here to stay? According to ONS, 84% of pandemic home workers said they planned to carry out some form of hybrid working in the future, spending their working hours between their workplace and home.
Barbour EHS
SHP - Health and Safety News, Legislation, PPE, CPD and Resources