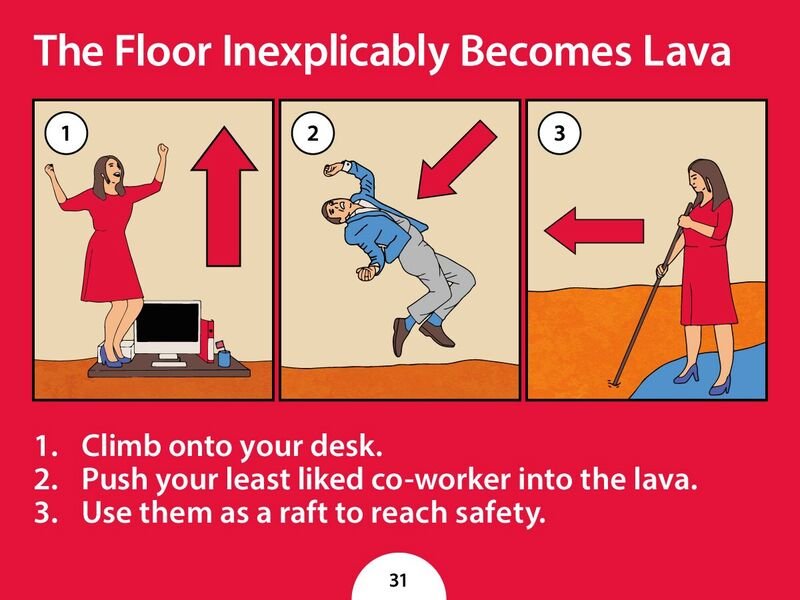 Viking’s recently updated health and safety guidelines, were much more than the usual H & S document. Sent out to employees to test how many of them actually read the guidelines from start to finish, the Office Survival Guide included incredibly questionable situations, with advice in the same style as the normal emergency procedure instructions the company provides.

The humorous guide, designed to get people talking, included situations which are impossible, improbable, or just plain terrible, including: 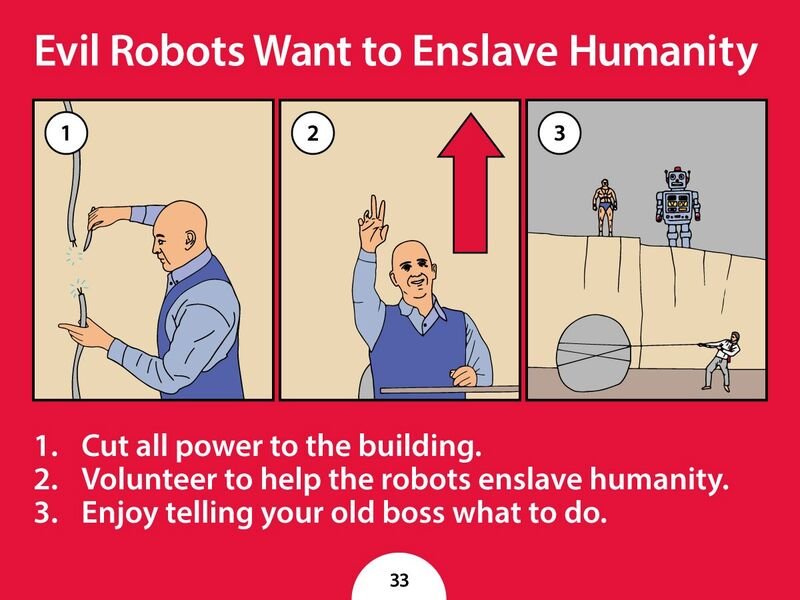 The campaign was a complete success: before long, the entire office was discussing the guidelines – a fantastic result for the HR and health and safety departments.

Gemma Terrar, European HR Business Partner, said, “when someone in the department suggested this, we knew, without doubt, that we had to do it. Keeping it secret was the hardest part, especially since we had to find someone to help us put the images together. In the end, we were really impressed with the reaction. It really shows that our staff is attentive and invested in everything that goes on here.”

Ruud Linders, SEO & Social Media Marketing Manager Europe, said, “This is another great example of how creative and inventive our employees can be. Now, thanks to the HR department, we all know what to do if vampires attack the office!”

SHP spoke to the document’s designer, to ask what inspired such a creative concept.

How many people worked on the idea?

There were three people involved in the project: two from the HR department and a designer (myself). The HR department had the original idea, which was great. When they came to me with their brief it made complete sense and I could see exactly what they were going for. I thought it was a wonderful plan too. 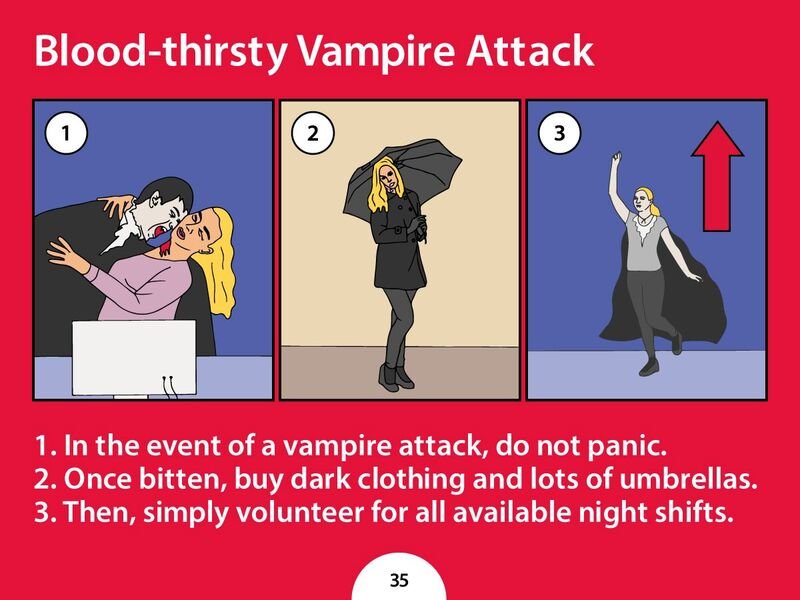 Where did the idea come from?

The HR department had the idea because staff don’t always read through the health and safety guidelines. I’m probably guilty of this myself. We have a very fun atmosphere here, so instead of sending a reminder email, the HR staff had the amazing idea of slipping in something fun and secret to grab everyone’s attention.

Why did you choose those scenarios?

The scenarios were chosen because they’re all nostalgic in their own way – plus they’re all thoroughly impossible. As a child, I often played a game where we had to avoid touching the floor because it was made of lava. I never pushed anyone onto to floor because, even as a child, the idea would have seemed ludicrous – and that’s exactly why we wanted to include that it.

Similarly, with the alien abduction scenario, I liked the idea that these creatures from another planet, who are far more technologically advanced than human beings, would travel millions and millions of miles across the galaxy to take over our planet, only for their plan to be foiled by tin foil. 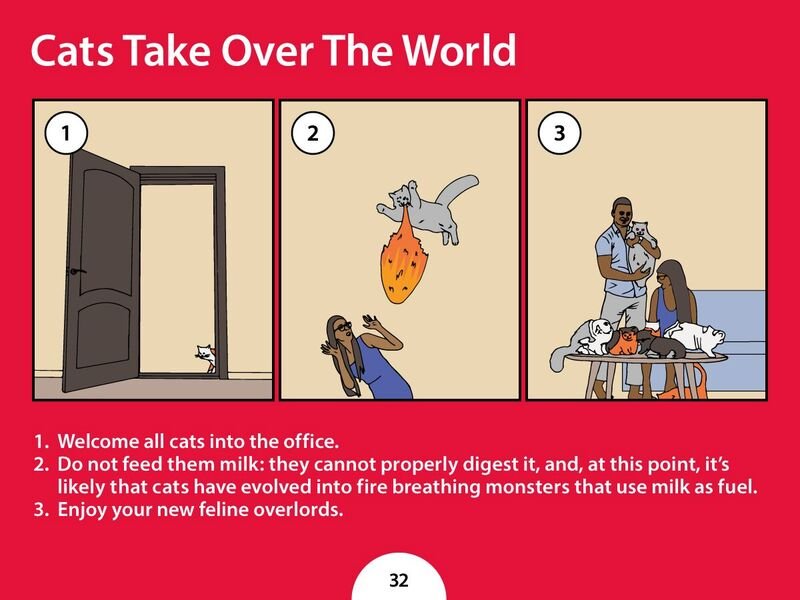 How long did it take to create them?

We had to produce the images quite quickly to keep them a secret. I took around four or five days in total, over the course of a few weeks. Each image was hand-drawn at first, scanned, and then digitally art-worked. We really wanted to imitate the visual style of airplane manuals, so we wanted to make sure that we had enough time to get it right.

You can see all of the scenarios and read more about the guidelines here: www.viking-direct.co.uk/specialLinks.do?&ID=blog_uk_article_office-survival-guide