Ian joined Informa (formerly UBM) in 2018 as the Editor of SHP. Ian studied journalism at university before spending seven years in online fantasy gaming. Prior to moving to Informa, Ian worked in business to business trade print media, in the automotive sector. He was Online Editor and then moved on to be the Editor of two publications aimed at independent automotive technicians and parts distributors.
September 2, 2021

SHP speaks to Tanya Jenke, General Manager of Cority Australia, who has recently carried out a study, analysing 577,778 occupational injuries in Western Australia between 2003-2019, to find whether economic growth following a period of recession, such as that brought about by the coronavirus pandemic, has an impact on workplace injuries… 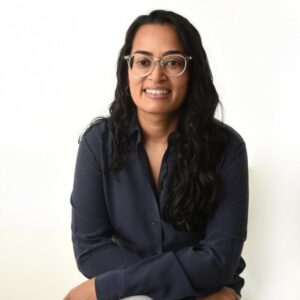 The research looked at the impact of external factors on safety and performance. “Taking a look at the literature, I was able to see that there’s been quite a lot of studies done on the impact of internal factors, such as corrective actions, accident investigation, leading and lagging indicators, but there wasn’t a lot done on external factors,” Tanya told SHP.

“So, I was able to obtain access to a WorkCover database for Western Australia. WorkCover is a governmental organisation that captures compensable occupational injuries. They had 20 years of data that had not been assessed in this manner before, so that came to over half a million data points across 20 years. Looking at that very large data set, while I was interested in how occupational injuries changed, what I was most interested in, was how they changed over time and what was causing them to change over time. That’s when I started to look externally and focus on economic cycles.”

Scroll to the bottom of the page to listen to this interview in full. 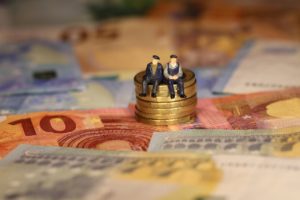 The data analysed was from across all industry sectors in Western Australia, but Tanya chose to focus particularly on mining, construction, agriculture, and manufacturing. “I focused on those four specific groups because agriculture has the lowest proportion of individuals employed in this industry in Western Australia but has the highest level of fatalities.

Tanya’s study looked initially at occupational injuries. Then, because she was looking at economic cycles, she looked at both macro-economic indicators, such as GDP and unemployment, and also micro-economic indicators. “I was interested in the sensitivity of those four industries to occupational injuries. I wanted to look at, as those specific industries increase the number of employees or generated more dollars into those industries, how safety performance changed.”

Tanya admits that she wasn’t exactly sure what to expect from the literature. “There have been a few studies done on the impact of economic cycles on occupational injuries within the US, as well as in the UK, and various countries in the EU. However, the industry composition was different within Western Australia. As I’ve already touched on, we have a very large proportion of employees working in mining, construction, specifically when you contrast that to the EU, the UK or the US. So, I wasn’t sure if it was going to follow a similar structure that those countries had, which is procyclical, whereby as the economy grows, the number of occupational injuries, increase, and during a recession, the number of occupational injuries, decrease. What I found, was that between 2004-2019, Western Australia follows procyclical behaviour.”

“Because I looked at specific industries, and I looked at micro-economic factors, I was able to take the assessment a little bit deeper and see what happens to those individual industries during economic growth. The interesting thing that I found, was that in manufacturing, the number of occupational injuries increased by 0.2% per 100 employees with 1% growth in gross state product (GSP). Whereas, in mining and construction, the number of injuries decreased with increased industry sector employment.

“I’m suggesting, the reason they increase in manufacturing is because, specifically within Western Australia, we have a lot of small to medium size manufacturing companies, compared to mining or construction companies, which tend to be large, global companies that have rigorous safety standards associated with them. So, it was interesting that manufacturing showed much more of a sensitivity to changes in economic cycles.”

As Tanya highlighted, she has focused on four very hazardous industries, so I was keen to find out whether there was any correlation between recruitment post-recession, and increased injury rates. Are companies on-boarding properly if they have an influx of new starters all at the same time? “Yes, you see that as business try to ramp up quickly. If you don’t think about COVID the virus, but think about COVID as the catalyst for recession, Western Australia’s economy grew quite a lot during the COVID period, because mining was open, construction was booming, we have very little manufacturing that would have been impacted by supply chain issues impacting other areas of the globe. So, businesses are ramping up very quickly and what that means is an increase in contractors into those industries to try and keep up with the pace. So that, combined with the lack of onboarding in a hazardous industry, means you have people that are not trained in what they’re doing. They could be young, inexperienced workers, for example, who are not knowledgeable about the risks and the hazards that they face.” 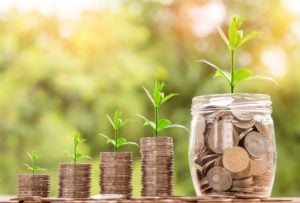 Another commonality during a recession is obviously redundancies and people looking for whatever work they can, potentially not in the field where they are trained and have experience. “The other part, that’s a bit more difficult to quantify, but is certainly something to keep in mind when looking at the statistical data, is the decrease in occupational injuries that the data shows during recession periods can be attributed to under reporting. There have been studies in the US that have shown employees are 20% more likely to be laid off during periods of recession if they report an occupational injury. A lot of workers, if they are injured during work, will not report it for fear of being laid off. It puts the onus on the business to really provide a safe environment for workers to also report occupational injuries.”

“There was a study done in the US in 2011, which evidences the fact that firms are more likely to lay people off if they get injured at work. It was very eye opening for what that means for employers. There’s also examples of employers trying to convince employees not to report the injury too. All of that creates a negative culture. When you see colleagues being laid off during a recession period, it puts an additional stress on the workforce.”

As we come out of the rescissions following then coronavirus pandemic, Tanya’s study shows that sectors, particularly manufacturing, are at risk of seeing increase an in workplace injuries. So, looking ahead to the next 12-18 months, what should companies be doing to mitigate this risk?

“Employers need to make sure that they’re prioritising safety. Even though there’s a high demand in the resource sector, mining, construction and manufacturing, adequate training of employees is absolutely vital. They should make sure that their safety systems are resilient enough to withstand changes in the external environment, such as things like recession periods, so that when they do come into leaner times, they’re not making lots of Occupational Health and Safety Professionals redundant, which can lead to riskier behaviour and there’s less monitoring of occupational injury.

“It’s important that the safety profession learns and can grow, disseminating that knowledge about injuries, as they happen in order to build up a culture where people feel comfortable to report near misses and potential injury.”

In terms of how long the period of growth is likely to last, Tanya says it largely depends on the country and its existing economy. Resourced-based counties, like Australia, rely on the countries it exports to, such as China. So as long as their economy is continuing to grow, then boom will continue.