Jamie Hailstone is a freelance journalist and author, who has also contributed to numerous national business titles including Utility Week, the Municipal Journal, Environment Journal and consumer titles such as Classic Rock.
February 5, 2019

Civil servants working inside HM Revenue and Customs (HMRC) face a “significant amount” of poor behaviour, which would not be acceptable in other working environments, according to an independent report. 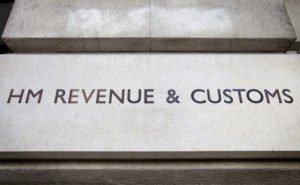 The damning report by the former HR Director at the John Lewis Partnership, Laura Whyte, found that swearing, breaching confidentiality and mocking colleagues are “unremarkable” in the Whitehall department.

“This creates a snowball effect where the environment may not feel a safe space for some colleagues, and more serious or extreme behaviours may emerge,” the report states.

The Respect at Work Review report also found that staff experience both abusive and abrasive behaviours at work and many of the processes that should support them require “urgent improvement”.

In particular, it adds cases where individuals “realise they are causing harm” have been seen in various parts of the department, but are “often not dealt with”.

‘No confidence’ in process

In her report, Ms Whyte added she “did not find any individual within HMRC who had confidence in the grievance process”.

HMRC has welcomed the publication of the report and accepted all of its recommendations with immediate effect.

The recommendations include using mediation more extensively across the organisation to help address problems before they need to be taken to formal processes and raising awareness of mental health conditions.

The Chief Executive of the HMRC, Sir Jonathan Thompson, said he takes the scale of the challenge that HMRC faces “seriously”.

“As a result of the report, we will take forward immediate, fast-paced work to reform our policies and processes, make our data systems more robust, and most importantly communicate more clearly what behaviours we expect to see,” said Sir John.

“It is for HMRC leaders to champion and take forward this work and for HR and other specialists to support – but we all have our part to play in responding to the Respect at Work report.”

But the General Secretary of the PCS trade union, Mark Serwotka, said the report highlights “many of the concerns our members have raised within HMRC”.

“The union has no confidence in the grievance procedures at the department and where staff raise concerns about abusive behaviour, they are ignored,” he added.

“The damning fact that report authors could not find one member of staff who has confidence in HMRC grievance procedures tells its own story.”

The full Respect at Work report is available to read here.

Click here to view SHP's coronavirus advice for employers hub
HMRC behaviour: Report highlights abusive and abrasive behaviour at HMRC Civil servants working inside HM Revenue and Customs (HMRC) face a “significant amount” of poor behaviour, which would not be acceptable in other working environments, according to an independent report.
Jamie Hailstone
SHP - Health and Safety News, Legislation, PPE, CPD and Resources

I see it’s not just the taxpayer they treat with contempt then! Maybe explains why they’re so difficult to deal with and take so long processing everything.