‘Health and safety is common sense,’ or is it?

‘Health and safety is just common sense.’ Group Health and Safety Manager, Joe Smith, says he has heard that statement all his life. As he has gained experience in the area, his feelings towards it have changed from initially seeing the logic in the statement, to questioning it, to now hating hearing it uttered. 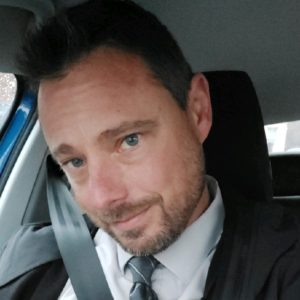 “Health and safety may indeed be common sense, but ‘common sense’ is anything but common! Hazard perception, intelligence, good judgement and awareness of responsibilities isn’t common. Certainly not in the sense of the word that would suggest it is widespread. It is not common to all people. And it certainly can’t be relied on as a control measure.

“I think, for the most part, the phrase is well intentioned and to some people good sense and sound judgement is part of who they are. Often, they are very practical people that who have had many years work experience. They’ve possibly had or seen a serious accident too. The ‘common sense’ they are thinking of, is actually due to their own natural learning and experience. Rather than academic studies, they have equivalent empirically gained safety awareness. This very valid form of knowledge cannot be expected to be something everyone is born with, or that they will have in the early stages of their career. You also can’t expect something to be obvious or common sense to someone who has perhaps worked in retail all their lives and now works in an industrial environment. It’s often only ‘obvious’ because you’re used to it.

“I think not being aware of that, and assuming everyone has the same level of practical experience and level of attention, is mostly why the phrase ‘safety is common sense’ is used inaccurately. It’s used with good intentions. Although, sometimes it is also brought out for use when people don’t want you to impose rules. Saying that rules aren’t needed and that applying common sense will achieve the same. ‘Why do that? It’s just common sense, isn’t it!?’

“This comparison in this context subtly undermines the safety practitioner’s many hours of study and experience. Distilling all that often-complex research and application of the law down to what the average layman apparently finds obvious.

“So, it is used with good intentions inaccurately, and on some occasions to object to safety bureaucracy. Those instances aren’t really a problem. Where I find it has potentially dangerous consequences, is when a manager expects that safety can be managed with common sense applied by his workers. ‘If only they’d use common sense,’ he laments. And even after many instances of people doing stupid things, people still believe in common sense. Have a think about it I bet you can think of ten examples of something someone did that’s stupid for every instance where common sense, good judgement and logic were used to solve a safety issue.

“Sense, as in practical, applied knowledge and experience, certainly does exist. But the ‘common’ prefix, in my experience, is not always the case.”

Download Barbour’s free director’s briefing
‘Health and safety is common sense,’ or is it? ‘Health and safety is just common sense.’ Group Health and Safety Manager, Joe Smith, says he has heard that statement all his life. As he has gained experience in the area, his feelings towards it have changed from initially seeing the logic in the statement, to questioning it, to now hating hearing it uttered.
Safety & Health Practitioner
SHP - Health and Safety News, Legislation, PPE, CPD and Resources

“Joe you could not have said it better!” I,am at the stage myself where i cringe when i hear the “common sense” statement.

If common sense were that common, accidents and ill health would be uncommon and safety professionals like ourselves would need to find another vocation.

Exactly. We’re like Nanny McPhee “when you need us but don’t want us we’ll be there…..” 🙂

As the saying goes “common sense, we are all born with it, but some have more than others!”

Accidents and ill health are uncommon. The number of people that go home each day without harm will far outweigh the number that do get harmed, so therefore it could be argued that being harmed is uncommon, and therefore perhaps the “common man” does have common sense after all! Or is it because we, the H+S professionals, are doing a good job at protecting those that don’t?! Perhaps without us the common man would be more commonly hurt!

That’s a good point. I think it’s mostly down to the good work of health and safety professionals though. Imagine a world where there was no health and safety regulations or bureaucracy and where we relied only on common sense

Really nicely-put, Joe! I worked 25 years at sea, and am now in ship management ashore. If I had a fiver for every time I’ve heard ‘We never needed to do that when I was at sea, but then we had such a thing as seamanship back then.’ We did have seamanship back then (still do), but I also recall a couple of fatalities, a shipmate with a glass eye, several ‘old salts’ with bits of fingers missing. All good seamen. All injured on board ships. As you say – age, experience and a hard-learnt lesson or two shouldn’t be… Read more »

Common sense in the individual or the safety professional ?, it’s all well & good having specific rules in place particularly in construction I.E. safety helmets must be worn at all times or eye protection. There are however when exceptions can be made in certain situations & it is on these occasions where a sensible and pragmatic approach can be applied by both the safety professional and site team “applying common sense”. Unfortunately there are far too many who stick rigidly to applying “the rules”, as a result the workers finds it both frustrating and annoying and more likely to… Read more »

How do you measure common sense? If you have covid19 symptoms, common sense tells you to stay home. If you are on a zero hours contract are you really going to lose all your income and stay home? Common sense depends on the perception of risk and strength of competing motivators. Having justified changes to systems of work is one thing, relying on common sense is another

“Safety doesn’t happen by accident, and neither does common sense!”