Ethics uncovered: How do we know if something is, or is not moral or ethical?

In this article, Ouch Director Simon Cassin, seeks to provide a broad overview of common approaches and concepts of ethics and morality. 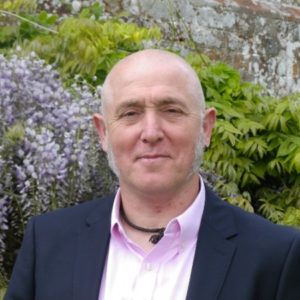 For this article, we will broadly recognise that the terms are ubiquitous and often used to describe the same thing. Namely, that something is ethical and moral (good/right) or unethical and immoral (bad/wrong). A possible way to highlight the distinction between the terms is when the culture of an organisation believes a way of working is ethical, whilst individuals from within the organisation may disagree and believe behaving in that way is immoral.

Across society and for many health, safety, and wellbeing professionals, the concepts of ethics and morality appear to be just common sense. It is not unheard of to hear outraged and passionate statements which proclaim, that failure to do, or believe something is immoral or unethical. This commonsensical approach adopted by many is often a result of the judger adopting an objective standpoint—one which sees their perspective as absolute leaving no room for cultural or subjective viewpoints to be considered moral.

But is it really that simple? I think if we consider those assertions, we may see that things are often not as straightforward as they initially feel to be. What if changing a system of work to protect one person leads to circumstances which could harm others? Or perhaps balancing the needs of everyone results in greater risk for all? Moral dilemmas such as this are common, but the way we address them is not.

To muddy the waters even further, we can see how compliance with health and safety guidelines could lead to the formation of moral dilemmas. Health and safety law appears to permit the possibility of unsafe or unhealthy working practices. We are encouraged to reduce risk to a level which is “as low as is reasonably practicable”. If that is the case, does the law guide us to consider opportunities for less harm as being ethical and see more significant harm as being unethical?

For most of established society’s existence, the goodness or badness of behaviours was clearly understood by many through the guidance and teachings of religious and faith-based institutions. But in recent history, this has been generally less prevalent across British society. Established professions such as law and medicine have, over many years, evolved detailed codes of ethics. But these codes still occasionally require the intervention and adjudication of ethics committees.

To assist us in considering the central tenets and differences between these ethical approaches, we can utilise a standard philosophical tool, known as a thought experiment. 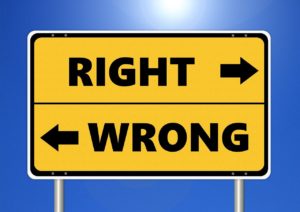 ABC Limited is a medium-sized manufacturing company which employs five hundred people. It is the largest employer in the town and plays a vital role in the local economy. Alex, the Managing Director, has just received an order which will secure the jobs of all workers for at least two years. But there’s a problem, the materials have arrived late, and it will be touch and go whether they meet a deadline set by their new customer. An essential piece of machinery is due it’s full service, but if it is unavailable and out of use, ABC will never make the deadline. Alex assured the site manager and the H&S officer that the machine would be serviced as soon as the order is ready, and definitely by the end of next week.

Charlie, a machine operator who has worked for the company for seven years, knows how vital this order is for the future of the company. But today, whilst operating the machine, she notices a critical production issue. There’s a blockage on the feed plate, and if she follows the written procedure for removal of blockages, she will have to turn off the machine call in an engineer and who knows when they can come to site. Plus, if the blockage isn’t removed immediately, the machine will break putting the new customer’s order in jeopardy. She knows how to remove the blockage, but this practice has been outlawed following a near-miss last year.

What should Charlie do? She only has two options:

Charlie decided to take option one, she climbed onto the machine, removed the blockage without being harmed. The customer deadline was achieved, and everyone’s jobs were saved.

Those in favour of a Deontological approach to ethics would say that Alex, Charlie, the site manager and the H&S officer should have followed the rules. They believe that adherence to rules should be followed by everyone, at all times without exceptions. Emmanuel Kant (1724-1804) is perhaps the most well-known proponent of this approach. He used the concept of lying to demonstrate his beliefs. In his opinion, there are no circumstances which lying is morally acceptable, even if telling a lie would result in adverse outcomes for any or all of those affected by the lying.

Utilitarian’s such as Jeremy Bentham (1748-1832) and John Stuart Mill (1806-1873) would probably say that Alex, Charlie, the site manager and the H&S officer were morally correct in their decisions and actions. They believed that moral judgements should be based on outcomes of events rather than the way they were achieved. And even though the rules were not followed, the factory jobs were saved, the customer was happy, and no one was harmed.

Ethics as a personal virtue approach

This concept can be traced back to the Greek philosophers, Aristotle (385-382 BCE) and Plato (429?-347 BCE). They believed that a person’s moral character or virtue was all-important. And that if enough people behaved in line with those virtues, then society as a whole would itself be virtuous. They were less interested in following rules or the consequences of our behaviours; for them, it was about carrying out actions, which were balanced and good. And for those actions to be good, they would be the actions a virtuous person would undertake in the same circumstances. Categories of virtue included areas, such as courage, humility, wit and magnanimity. This approach replicates the concept of ethical codes, where compliance with those codes would result in higher ethical standards for all. As for our thought experiment, it is perhaps less easy to say what the Greek philosophers would think of the actions of our main protagonists. But maybe they would consider their collective responses as balanced in the circumstances and therefore appropriate. But I may be wrong.

As we can see in the thought experiment, moral dilemmas are possible, if not probable for all people in all workplaces. I believe it highlighted how the lines between ethical approaches could become blurred and possibly lead to ethical creep. Ethical creep is where after behaving in a way which compromises a moral standard, doing so in the future becomes more readily accepted until eventually; the original standard is no longer recognised, and a lesser standard becomes the norm.

Where do we go from here? Perhaps you could begin by using the above thought experiment to discuss the concepts of ethics and morality with your teams. I believe conversations such as these, are a great way of learning about the ethical standpoints of all aspects of your workforce. They can also be a useful tool for recognising circumstances which may influence the occurrence of moral dilemmas and ethical creep.

To conclude, I hope you found this basic introduction to ethics and morality interesting, and I hope you will join me for future articles which will explore this topic in greater detail.

Listen today!
Ethics uncovered: How do we know if something is, or is not moral or ethical? In this article, Ouch Director Simon Cassin, seeks to provide a broad overview of common approaches and concepts of ethics and morality.
Safety & Health Practitioner
SHP - Health and Safety News, Legislation, PPE, CPD and Resources

Great article, Simon, widens the scope from simple rule following to a philosophical discussion. Perhaps you could discuss this issue as a paradox e.g.
A All workers follow rules all the time
B All workers seek the best outcomes
C All workers apply ethical principles in their tasks
Which of these actions should we deny? What other options do we have? Which is the most attractive?

Charlie should have escalated the issue up the managment chain until it came to the awareness of someone of the ‘pay grade’ to make this type of decision, e.g. the CEO…lets face it if the CEO is unwilling to accept the risk for the greater good then no-one below should be expected to do so. When a CEO is willfully blind to activities such as this in their operation then they are morally bankrupt.

Option 2 misses out what Ian described in comments, I believe Charlie would inform management about the issue and leave it to the decision makers, how do we know the CEO could negotiate a part order completion and explain to their customer, if the customer is safety conscious I’m sure a new target date could be agreed.

I can Imagine speaking to a workforce saying today we are going to discuss: ” Ethical concepts which can be broadly categorised into three different approaches: Deontological; Utilitarian; Virtue. etc”. If you have MS Word undertake a readability of the article it comes out at 49.6 50-60 fairly difficult to read 30-50 difficult to read, best understood by college graduates. The Grade level is 10.9 which equates to Lower 6th form in the UK. The above article would be great for understand-ability if you had a very well educated work force, but in real life the shop floor work force… Read more »

Simon, a great article and certainly one to get safety practitioners thinking more in this area. I would be interested in your views on the balance between being a values lead or controls lead business. I have witnessed what at first appear to be admirable values in an organisation for example ‘dedication’ and ‘teamwork’ be the root cause of serious accidents. Teamwork can mean getting stuck in to help others, but what they are not trained fully or know the risks associated with a task? The opposite is also true, if an organisation is fully control lead, how do team… Read more »