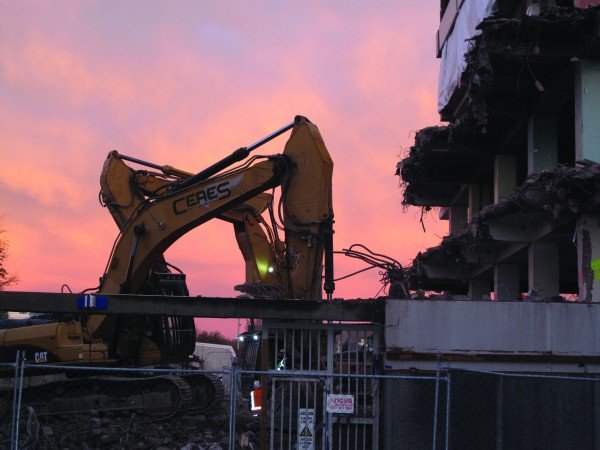 It’s been over four years since a massive earthquake leveled parts of Canterbury on New Zealand’s South Island. Liz Bermingham reports on the massive rebuild project and the role of safety advisors in the reconstruction.

In September 2010 and February 2011 two large and devastating earthquakes hit Canterbury, Christchurch, on the South Island in New Zealand. The February quake tragically killed 185 people and triggered a state of emergency.

Liquefaction oozed from the ground covering the city in thick grey mud, emergency services, the community and a student volunteer army all worked together to remove as much as they could. The residue later filled the city for months with dust. The New Zealand Army arrived in helicopters and LAVs (light armoured vehicles) to cordon off the city’s central area and the ground continued to move violently. Over the next six months more than 3,500 aftershocks greater than magnitude three would rattle an already broken city. It felt like the noise from helicopters, sirens, shaking and constant dust would never end. 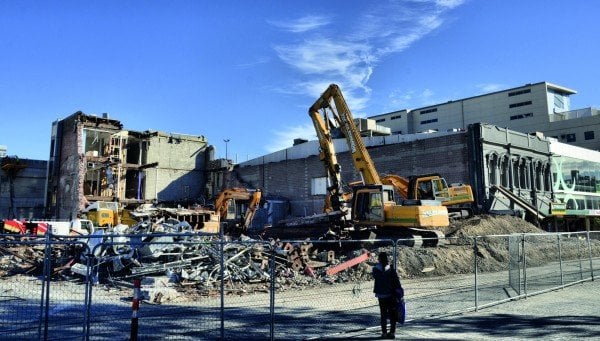 Earthquake Commission (EQC) data reveals that over 167,000[1] properties were damaged and required either demolition and rebuild or repair. A significant number of buildings contained asbestos and it would be some time before the rebuild teams understood ground conditions well enough to determine the outcome for several businesses, homes and families. The final cost is estimated to be in excess of NZ$30bn[2], with construction expected to peak in 2016 and continue through to 2020.

Several Project Management Officers (PMOs) representing government agencies and insurers were brought in to facilitate the rebuild. Over 40,000 construction workers at any one time would be involved in land remediation, infrastructure, demolition, repair and rebuild at its peak. From the outset, it was estimated that one-two lives would be lost each year in the Canterbury rebuild; WorkSafe NZ[3], the country’s health and safety regulator, recorded one death in 2012.

Safety culture
To understand construction health and safety culture in Canterbury and where the rebuild started, it is important to note that New Zealand’s legislation is not as prescriptive as other countries. Over the last two decades, the sector has been lightly regulated and monitored. The regulator has published 20 health and safety guidance documents that apply to construction.

However, from research I carried out, less than five per cent of the 5,329 construction workers surveyed in the region had either read one, heard about them or knew where to find them. In the Canterbury rebuild, there are 7,500 construction companies that employ less than 20 employees[4], which represents a large proportion of the overall workforce. Compliance has been heavily reliant on individual businesses implementing ‘best practice’ themselves. As an industry, New Zealand’s construction sector faces major challenges with low levels of literacy. Also, a large proportion of the highly skilled migrant workforce has English as its second language.

Several PMOs and larger commercial construction companies have had well-established health and safety systems in place. However, most of the 7,500 small businesses involved in the rebuild needed help. To assist with this process, the sector established the Canterbury Safety Rebuild Forum (CSRF)[5], which was initially chaired by Richard Giddings from Site Safe NZ Inc.[6] Health and safety professionals that represent each PMO and government agency involved in the rebuild has sought to align safety expectations across all companies, hold a shared commitment of minimum health and safety standards and continue to strive for excellence.

Since the rebuild began, the project health and safety teams have developed several shared resources to distribute to contractor supply chains, including materials covering fatigue, site safety planning, contractor management, drugs and alcohol. They have also issued protocols in high-risk activities and operated as educators, working together as a cohesive group. The team tries to deliver resources in a way that makes sense for the workforce; predominantly they are tactile kinesthetic learners and several resources will be translated into other languages.

Site Safe NZ is an industry membership based, not-for-profit organisation that began life in 1999. It assists construction businesses to improve their health and safety culture, control hazards and reduce injuries. Since the earthquakes it has delivered health and safety training in the Canterbury region to over 75,000 individuals, who have engaged in health and safety education, including leadership, legislative responsibilities and site specific safety planning.

SiteWise
In early 2012, the CSRF worked with Site Safe NZ to help develop a prequalification system for the industry. Now called SiteWise[7] this software grades a contractor’s health and safety capability and publishes that grade in a database that can be viewed by main contractors and principal organisations. Organisations use SiteWise to make betterinformed contractor selections, making the tendering process easier and more efficient for everyone involved. This software now forms a part of contractor accreditation for several PMOs and their main contractors. 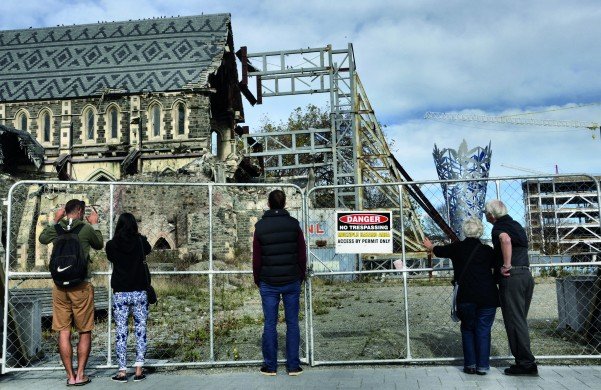 Established in June 2012 by the Minister of Labour, the Independent Taskforce on Workplace Health and Safety was set up to assess whether the workplace health and safety system in New Zealand was fit for purpose, and to recommend practical strategies for reducing the rate of workplace fatalities and serious injuries by 2020. Following its April 2013 report[8] and recommendations, the New Zealand construction sector expects that new legislation will be in place in late 2015/2016, based on Australian Model Law.

In the four and half years that have passed since the initial earthquakes, several initiatives and working groups have been established. They all play an important role in improving safety culture moving forward.

WorkSafe NZ, working with industry, implemented the Canterbury Safety Charter[9] to help deliver a safe rebuild.[10] This was officially launched in July 2013. The charter is a health and safety agreement between the leaders of a number of government organisations and companies leading the rebuild and includes a vision, 10 commitments and detailed actions designed to meet those commitments. As of March this year, the charter has more than 190 signatories and endorsees.

A changing environment
The earthquakes have enabled New Zealand to prioritise health and safety and the construction sector is starting to see more businesses asking for guidance on how to implement safe behaviour. Health and safety consultancy is unregulated in New Zealand. However, the New Zealand Institute of Safety Management (NZISM)[11] provides a public database of experienced professionals who are suitably competent to consult and advise.

As the city’s rebuild continues, we all continue to educate workers to proactively manage hazards and their risk in an ever changing and challenging environment. Government agencies, including ACC[12] , WorkSafe NZ and Environment Canterbury[13] have produced useful and easy to follow tools that can be distributed and workshops[14] targeted directly at the industry.

The next challenge is to engage with small businesses and workers involved in the rebuild and provide them with tools, resources and education they will need to achieve safe rebuild. In October 2015, Site Safe NZ Inc supported by ACC, and industry sponsors will deliver the first free safety show specifically for small businesses in Christchurch. Free workshops will be run simultaneously in three theatres educating people in risk, task planning, health monitoring, leadership, fatigue, law and environmental responsibilities. Exhibitors will provide solutions for safety, management, health and education. The idea is to continue with annual events throughout the country.

Moving forward, the construction sector needs to measure what has been achieved so far, identify areas for improvement and establish a pathway for what still needs to be put in place in the upcoming years with pending new legislation.

The journey to date has been far from perfect and has certainly not been easy. However, there are many passionate professionals who are committed to doing the best they can, paving the way for everyone involved in the rebuild.