Dr Tim Marsh PhD, MSc, CFIOSH, CPsychol, SFIIRSM is MD of Anker and Marsh. Visiting Professor at Plymouth University he is considered a world authority on the subject of behavioural safety, safety leadership and organisational culture. As well as many of the world's most recognisable industrial names Tim has worked with diverse organisations such as the European Space Agency, the BBC, Sky TV, the RNLI and the National Theatre in his 25 year plus consultancy career. He has key noted and chaired dozens of conferences around the world including the closing key note at the Campbell Institutes inaugural International Thoughts Leaders event in 2014. He has written several best-selling books including Affective Safety Management, Talking Safety, Total Safety Culture, the Definitive Guide to Behavioural Safety and Organised Wellbeing. Previously he led Manchester Universities ground-breaking research team into behavioural safety methodologies in the 1990s.
October 22, 2021

Build it with flowers…

In the latest part of his SHP blog series, Tim Marsh describes a recent case study of his, that provided an outlook on how managers treat their staff. 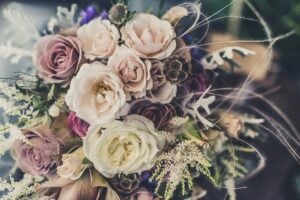 We frequently say at conferences that pro-active culture creation is key and that you build a strong culture, one constructive conversation at a time. To an extent, this is all about having a learning and empathy focus and working the well-known expression, ‘think before you speak, but start that thinking with objective analysis’!

Recently, a case study of a distribution site reminds me that building a strong culture of care, engagement and empowerment can be even simpler than clear thinking and good listening.

After undertaking thousands of safety culture surveys over the last two decades plus, in almost every industry there is, we have a new record holder. They scored off the scale, genuinely ‘generative’ (if you know the Parker and Hudson scale) and beating even the small Scandinavian utility company that held the previous high score.

And this was a genuine score validated with the deep dive verbatim. (We try and validate all scores, especially suspiciously high ones, with ‘can you give me an example of that?’ and ‘how did you feel about that?’, questions as describing examples and emotion make it increasingly difficult to hold to ‘scores I feel I should give if I know what’s good for me as I’m not sure that this process is as anonymous as they insist it is!’). But though our man, big John D, who has been undertaking culture surveys for 20 years or more tried hard he simply couldn’t budge them.

It turned out that the first thing the new manager did was to knock down some historical walls and barriers between departments by knocking down some actual walls so that they could see each other and communicate more quickly and easily. All the basics of transformational leadership were there of course: better communication; praise rather than criticism as a default, ditto coaching rather than telling – and generally always leading by example in a good way (all managers leading by example all day every day whether they want to be or not)!

Think before you speak, but start that thinking with objective analysis!

But the story this short piece is about relates to a small accident where a woman colleague’s (toe cap protected) foot got bruised. On the first day of the week off, her doctor had prescribed, she explained how the manager turned up at her house with a card, chocolates and flowers to say in person how mortified he was that someone had woken up that morning in pain, because of something that had happened at his site.

On the second day of her week-long recuperation, she unexpectedly limped into site announcing ‘give me some paperwork to do or something… I’m not sitting at home on my (let’s say ‘backside’) while the rest of the team is covering me!’.

In this episode of the Safety & Health Podcast, we are joined by Sarah Waters, Professor of French Studies at the University of Leeds, to look at a study, published by University of Leeds and Hazards Campaign, which calls on the HSE to monitor, regulate and ultimately prevent workplace suicides.

Build it with flowers… Tim Marsh describes a recent case study of his, that provided an outlook on how managers treat their staff.
Tim Marsh
SHP - Health and Safety News, Legislation, PPE, CPD and Resources

Ideology versus pragmatism in occupational safety and health

Is the post pandemic new normal an opportunity to kick-start a healthier business culture?

Also a pretty nice way of not having to report this as a RIDDOR by getting the lady back to work !

Ah Phil… you old cynic. I have to admit cynical thoughts crossed my mind too … (‘maybe he just found her attractive?’ …). I’m assured, however, that it simply fits a pattern of genuine, person focused behaviour driven by personal integrity. (And you do NOT get overall scores like that in a site where a cheeky bit of LTI data massaging occurs).

Nice article Tim, one that reminds me of what I tried to develop in people when developing mentors. Chip Bell and other noted developers of mentoring also wrote “Teat your people like plants, if you tend to them you will develop them properly”. Growing people is like growing a farm. You are the farmer and your people are the crops. If you cultivate the earth, and plant the seeds, keep out the weeds, your plants will flourish.

What a lovely way of putting it Tim !

I wonder how many managers would be scared of this kind of action ……’we can’t admit our involvement they’ll sue us!

it’s all about culture

I suspect that – like everything else – it’s contextual Martin. If you have (already) built a high level of trust amongst a small and largely autonomous team then it’s far easier to do. (Else wariness of potential ‘unintended consequences’ might give pause for thought).

I left a national company recently, government-owned, there was no empathy there and the Director is moving on to a private utility company. I was off work after a knee operation and nothing from the company, no get well nothing. I think that speaks volumes not only about the company but the leaders too. We have a long way to go!

John (‘John’ I assume?) I think it’s entirely legitimate for a company to say ‘we only exist to make money for our shareholders/ provide a service … so whilst we really want you to enjoy working here and go home healthy of mind and body … we’d like you to be productive too”. On the other hand, what you describe isn’t close to legitimate.