Ian joined Informa (formerly UBM) in 2018 as the Editor of SHP. Ian studied journalism at university before spending seven years in online fantasy gaming. Prior to moving to Informa, Ian worked in business to business trade print media, in the automotive sector. He was Online Editor and then moved on to be the Editor of two publications aimed at independent automotive technicians and parts distributors.
May 5, 2022

In this article, SHP speaks to Jules Reed, Head of Behavioural Science at Tended, which has recently launched a revolutionary safety culture solution and was recently named as one of the 10 Rising Stars in UK Tech by Tech Nation, the UK government body for technology.

How important do you feel it is for a company to have strong safety culture and how hard is that to create, or change, within a business? 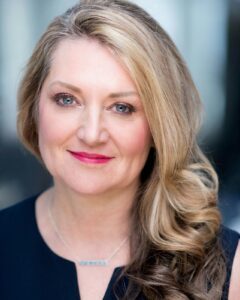 Jules Reed (JR): “Most organisations have strong safety management systems (SMS), which have been reviewed, audited, and assured over many years. They are as mature as they can be, but this is only half of health and safety management. Safety culture makes up the other half and is incredibly important as it determines the way people engage with the safety systems. Without people following the SMS, it is redundant. Unfortunately, most safety cultures are immature in comparison, despite being the highest factor in accidents and incidents.

“I think organisations struggle to visualise their safety culture because it isn’t obvious what to look for. Leaders need to have a simple tool that gives them data about their culture in much the same way as they see health and safety statistics. They need a method of ‘reading’ it through charts that can be mapped across to the SMS to give a whole picture of health and safety management.”

When making change to an organisation’s culture, how important is it to gather actionable insights and how can you best utilise those insights to implement change?

(JR): “Safety culture change programmes lack some essential insights; most use climate questions that are only a snapshot. However, knowing the history of the company is important, because often cultures are based on past experiences. In addition, there has to be a future. I have asked of many behavioural safety programmes, “what will excellence look like” and the answers have been vague. Every change programme needs to have a vision that is conveyed as a story that creates a picture in the mind’s eye.

“When you have the whole insights (past, present and future), then you are in a position to make appropriate changes. These insights will show that experiences are what creates our thoughts, feelings and behaviours. For this reason, it is better to steer clear of traditional, generic training as a solution. It is proven that it has very little impact on changing behaviours, and it’s rarely monitored. Small, incremental nudges, in the way that leaders engage with safety and workers, will be far more effective at improving experiences for both sides and embedding changes.”

Tended says it aims to ‘create a world where safe behaviours are second nature,’ what would be your three top tips for encouraging those behaviours in an organisation?

(JR): “I think many managers feel that they are constantly having to monitor and enforce safety. In cultural terms, this is a ‘control and command’ relationship, which is pressurised and difficult.

How can psychometrics be used to uncover deeply ingrained cultural patterns that lead to unsafe behaviours?

(JR): “The purpose of personal psychometric tests is to determine the difference between our conscious and subconscious processes. Consider the conscious to be the ‘known’ characteristics within an organisation, which can be seen in patterns of behaviour and the subconscious is the ‘hidden’ beliefs that are less tangible.

“Through focused questions and answers, it is possible to map out what the underlying (hidden) emotions and experiences are that cause the (known) actions and reactions. The process can identify themes and correlations between which emotional experiences cause the subsequent attitudes and behaviours.”

How can behavioural psychology transform safety in high-risk environments? 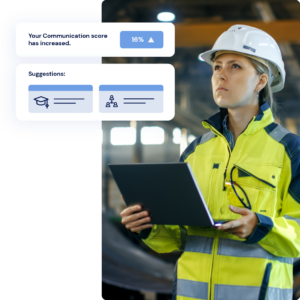 (JR): “Typically, high-risk environments have been ruled by rules. SMS are mature, but they tend to expect people to act like robots. If workers followed the rules to the letter there would be no accidents or incidents. Agreed, but as a species we are fallible, flawed, and unpredictable. Therefore, we cannot be controlled simply by being told how to behave.

“Behavioural psychology can bring the reality of human beings into safety processes and procedures. Rather than shoehorning people into rules, rules can be written to take into account human failures and mitigate them before they arise.”

How important is employee engagement and how can you engage your workforce with safety culture in order to promote a positive safety culture?

(JR): “Safety engagement is the ultimate goal. Our early predecessors in H&S management actively disengaged workers. It wasn’t intentional, but they focused on the negatives, so when safety went wrong, people were blamed and punished. This put workers against H&S rules and disengagement became the norm. Over the years, those rules have been refined, they are ideological instructions that are virtually impossible for people to totally adhere to. It isn’t H&S that disengages people, it’s the way it’s applied.”

Do you think there is any resistance to wearable tech, particularly amongst older members of the workforce and, if so, how can you overcome that?

(JR): “There are a couple of reasons I think there may be resistance to wearable tech. Firstly, workers worry that the devices, which are deployed to keep them safe, will be misused by managers who want to track them.

“The second reason may be a lack of confidence and knowledge, which can be off putting for older workers who aren’t as intuitive around tech. Taking any complexity out of using the device, so that it’s a ‘wear and go’ piece of equipment will help.

“Having said that, most people have a mobile phone, and may have a satnav in their car or a smart TV. It shows that age isn’t necessarily a factor in resistance to technology.”

As a start-up, how has being named as one of the 10 Rising Stars in UK Tech by Tech Nation, the UK government body for technology, helped your mission?

(JR): “We were just two years into our journey at that point and were navigating the challenges that start-ups face, including product development and funding. We received mentorship from highly-experienced individuals who helped make sense of some of the complexities we were working through. We gained a lot of exposure from the publicity around the programme, which helped to further expand our network.

“This also contributed toward bolstering our credibility – Tech Nation is a highly accredited body, so becoming a winner very quickly boosted our reputation. Undoubtedly, this helped us in many ways from securing funding to signing up our first customers.”

Click here to view SHP's coronavirus advice for employers hub
‘Behavioural psychology can bring the reality of human beings into safety processes and procedures’ SHP speaks to Jules Reed, Head of Behavioural Science at Tended, which has recently launched a revolutionary safety culture solution and was recently named as one of the 10 Rising Stars in UK Tech by Tech Nation, the UK government body for technology.
Ian Hart
SHP - Health and Safety News, Legislation, PPE, CPD and Resources