Jamie Hailstone is a freelance journalist and author, who has also contributed to numerous national business titles including Utility Week, the Municipal Journal, Environment Journal and consumer titles such as Classic Rock.
August 10, 2018

Are money worries keeping you awake at night?

For most, sleep is a wonderful thing, but for some the prospect of eight hours uninterrupted sleep remains as elusive as ever. 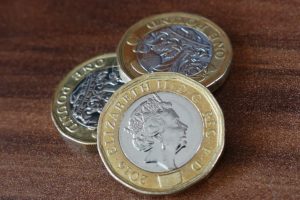 The issue of sleep deprivation remains as important as ever and in recent months, SHP Online has reported on many of the latest studies and warnings on the subject.

These include AXA PPP healthcare’s recent State of the Nation report, which showed that more than half (54%) of people struggle to sleep at night and one in 10 of us experience insomnia.

And recently, researchers from Keele University warned more than eight hours a night could increase the risk of premature death.

A new white paper by the credit information provider Equifax comes at the subject of sleep deprivation and stress from a slightly different angle, and examines the relationship between debt and mental health.

In the era of the gig economy and job insecurity, a YouGov survey carried out for the report reveals that more than a third (38%) of people who work said money worries have stopped them getting a good night’s sleep.

As the report concedes, such a figure “makes it easy to see how financial hardship can lead to stress and other mental health issues”.

According to the YouGov survey, women are more likely to have stayed awake worrying about money (44%) than men (34%).

And perhaps not surprisingly, 25-34-year-olds are most likely to have sleepless nights because of financial concerns (48%), followed by 18-34-year-olds (44%).

By contrast, only 27% of the over 55-year-olds surveyed said they sit up at night, worrying about money.

Around half (49%) of those surveyed said a lack of sleep had impacted their physical impact, but it had the biggest impact (61%) for some of the lowest earners, who earn between £5,000 and £9,999 per year.

Such figures lend weight to other studies that have examined the impact of shift work and other poorly-paid jobs on physical health.

For example, figures published in May by the GMB trade union reveal that security guards in the UK have a life expectancy 20 years shorter than the national average.

“The fact that there is still a stigma attached to mental health issues can leave people feeling isolated and unable to talk to anyone about their condition. This costs employers in lost talent and productivity, making financial wellbeing support a vital part of an organisation’s overall wellness activity.”

And as the report states, money worries can lead to increased stress, anxiety of even depression, with the added pressure of trying to keep the everything together at work.

A quarter of those surveyed said they worry about not being able to pay the rent or the mortgage.

The link between mental health and financial anxiety is underlined by a Citizens Advice survey, which is quoted in the report and claims a third of those with mental health problems had turned to the charity after finding it difficult to manage financially, compared to less than 12% of the general UK population.

“The silver lining is that, although one in four adults in the UK is experiencing some kind of mental health problem, these problems can be mitigated with the right help and support,” the report states.

“The vast majority of people who have experienced mental health issues continue to work or return to work. Crucially, employers have a role to play in creating a positive workplace that offers a safe space for staff by having good processes in place.”

The report also quotes figures from a Deloitte UK report published in March 2017, which show 72% of workplaces have no mental health policy, which “suggests that the majority of employers are unfortunately failing to monitor or assess the mental health” of their workforce.

And while the report notes there is “no one-size-fits-all solution” when it comes to supporting staff, there are a number of measures which can be introduced.

The report recommends improve the general wellbeing of their workforce by encouraging open conversations about mental health, providing staff with good working conditions and ensuring they have a health work-life balance with opportunities for development.

“Our research shows the connection between mental health and debt, highlighting the need for employers to focus on this aspect of staff wellbeing,” adds Mr Bratley.

“Given that the total cost of poor mental health to the economy is between £74 billion and £99 billion per year, it is clear employers have a role to play in creating a positive workplace that offers a safe space for staff by having good processes in place.”

Download the eBook now
Are money worries keeping you awake at night? For most, sleep is a wonderful thing, but for some the prospect of eight hours uninterrupted sleep remains as elusive as ever.
Jamie Hailstone
SHP - Health and Safety News, Legislation, PPE, CPD and Resources