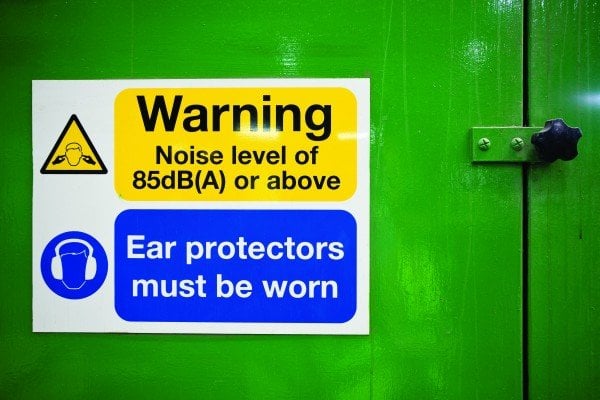 Claims for noise induced hearing loss have been at record levels since 2013. Jim Byard examines what is causing the rise, and what employers and their insurers can do to protect themselves and keep claims spend under control.

Over the past few decades, the decline in workers employed in the manufacturing and heavy industries combined with tens of thousands of noise induced hearing loss (NIHL) claims presented in the early to mid-1990s led most companies and insurers to believe with some justification that claims for NIHL had long since peaked.

Most Actuaries believed that in the absence of any landmark court judgment, which could widen the parameters of those able to claim, that NIHL claims would only present in modest numbers in future years. Most market commentators felt that that was a reasonable assumption to make.

The personal injury disease market has witnessed an unprecedented rise in the number of new NIHL claims since 2011. New notifications reached record levels in 2013 at nearly 85,000 claims; partially fuelled by the long heralded abolition of conditional fee agreements and assiduous marketing by claims management companies.

While the market saw some reduction in claims volume in 2014, the Insurance Actuarial Working Party now reports (23 August 2015) that new claims for the calendar year 2015 have so far risen by 3 per cent compared with the same period in 2013.

What has driven the rise?

Several factors have conspired to make NIHL claims the ‘claim of choice’ for many claimant law firms.

New NIHL claims notifications unlike claims for asbestos induced diseases have no correlation with historical exposure. Our research reveals they are principally market driven as a close correlation between saturation level advertising in newspapers and on radio can be clearly demonstrated.

Even 10 years ago, union firms who adopted a stringent vetting procedure towards claims dominated the claimant NIHL market. This meant that, on the whole, only claims that had a reasonable prospect of success were intimated to employers and insurers.

Over the last five years, firms with little or no experience of disease claims have dominated the claimant market. These firms have entered this field motivated solely by a desire to make profit.

NIHL claims are often wrongly perceived by claimants as ‘winnable’, principally because of the long period that has often elapsed since exposure to noise and the perceived inability of companies to evidence and defend allegations of excessive noise exposure. The change to ‘Qualified One Way Cost Shifting’, which means that unsuccessful claimants are no longer at risk of paying costs save in exceptional circumstances, has also been a major driver.

We have seen many claimant law firms who have traditionally operated in the RTA market and who have been squeezed by lower fixed costs on road traffic claims seek to alter or expand their business model and move into NIHL as a way of maintaining revenue.

All this has led to an increase in poorly vetted claims, which are very often weak on either limitation, breach of duty or causation grounds. We have also seen claims for occupations not usually associated with noise to include claims from storemen, painters and decorators and even dinner ladies and leisure centre receptionists.

This ‘perfect storm’ has been amplified by claims management companies side stepping regulation on nuisance calling, the buying and selling of data to include employment records and to all intents and purposes ignoring the ban on payment of referral fees.

We are also seeing an increasing number of claims pursued for claimants who have very modest levels of hearing loss which will make no appreciable difference to the claimant’s overall hearing ability.

The insurance industry faced with such a deluge of claims has more recently adopted an increasingly robust approach to the claims presented; the retesting of audiograms presented as ostensibly showing noise damage has revealed on retesting widely inconsistent results. A more robust approach has also been taken on the issues of limitation and to allegations of excessive noise exposure. This has led to successful repudiation rates now reaching 80 per cent in some instances.

However, to achieve that high level of successful repudiation rate has involved significant cost both in investment in claims handling resource and deployment of initiatives, for example, subjecting claimants to repeat audiograms so the inconsistencies of audiometric responses can be drawn out.

Insurers have been required to hold substantial reserves in relation to the claims notified. Price Waterhouse Coopers announced in September that the European [non-life] legacy market is estimated to reach run-off reserves worth £181bn this year, a £4bn increase from 2014.

Claimant’s solicitors’ fees, however, remain high on cases where they are successful. ABI published research confirming those costs dwarf damages recovered by a factor of over three at an average of over £10,000 per case.

The Ministry of Justice to its credit has listened to the market’s concerns both in respect of claims management company behaviours and the disproportionate level of costs recovered by claimant law firms.

Two recent announcements do provide grounds for cautious optimism that claims frequency will decrease. The first relates generally to the reform of claims management companies announced in the Budget and secondly, a commitment to look at fixed costs for NIHL claims and to reduce attritional cost from the process. This has now commenced via the Ministry of Justice Working Party.

More recently, there has been welcome evidence of the Ministry of Justice adopting a more robust approach to regulating unethical behaviour with a claims management company in Derby specialising in NIHL claims fined £280,000 for contravening the regulations.

Until both employers and insurers can have confidence in the quality of the claims presented, they should scrutinise every aspect of the claim; from the initial audiogram to allegations of employment, occupation and exposure in addition to enquiring whether the claimant had or ought to be fixed with actual or constructive knowledge of a right to claim more than three years prior starting the claims process.

While we are doubtful that NIHL claims frequency will alter in the short to medium term, there are some grounds for optimism that new claims will return to more modest levels if reform is enacted.

Note: It is important to point out to readers that there may well be more than one correct answer to a question, and that further reading may be required to correctly answer the questions.

Most companies and insurers believed until recent years that claims for Noise Induced Hearing Loss (NIHL) would decline because of:

a. A decline in manufacturing and heavy industries

b. Apathy on the part of individuals to making a claim

c. The lack of a landmark judgment to widen the range of claimants

d. The inability of individuals to pursue claims due to the costs involved

There has been an unprecedented rise in NIHL claims since:

Notifications of new NIHL claims in 2013 amounted to nearly:

Possible explanations for the rise in NIHL claims include:

a. Claims for NIHL have no correlation with historical exposure to noise

b. Intensive advertising in the media by claims management companies

Many claims management companies have moved into the NIHL market from their traditional RTA claims because of:

a. A drastic reduction in the number of RTAs

b. Lower fixed awards of costs on road traffic claims

c. The need for claims management companies to expand their business model

Claims for NIHL have started to be brought for occupations not normally associated with noise, such as:

a. Painters and decorators

Responses from insurance companies have started to include:

a. Repeat audiograms for claimants

b. Looking more closely at allegations of excessive noise exposure

The Ministry of Justice is currently looking at addressing the issue of NIHL claims by:

a. A reform of claims management companies

b. Looking at fixed costs for NIHL claims

Employers and insurers should:

a. Accept all NIHL claims to reduce potential costs

b. Scrutinise the audiograms of claimants

d. Accept NIHL claims from over three years ago

A claims management company was recently fined for contravening regulations to the tune of:

Correct answers to CPD assignment are:

How easy is it to be an expert witness?

Highly informative and exposing the real threat of NIHL in the society as a whole..

As a safety officer I agree totally with the overview. My home phone/works phone/mobile is cold called or text messaged at least twice a week, sometimes every day, offering free hearing tests so that I can sue my employer. This is despite having a UK telephone preference service (that’s a joke!) and sales/marketing calls by recorded message being illegal – they pretend to be conducting a survey instead. The latest is to pretend they have the wrong number by asking for a fake person and then attempting to steer the recipient around to any of their problems which they could… Read more »

Recently i was stopped and asked if i had any hearing issues, when i mentioned i had tinnitus he got very excited until i told him i was in the Army at the time. Cant sue the Army apparently. The vultures are swooping

Unfortunately, there will be a market for this due to the “money to be made brigade” waiting in the wings for a claimant to come forward. It still comes down to the individual acceptance of using the correct PPE. Time after time individuals in work sites refuse to use the selected hearing protection. Managing behavioral change is the only way to reduce this.

Noise induced hearing loss cases are problematic for those indviduals suffering from hearing loss as a result of exposure to noise at work. The statistics represent real people who are better informed of their rights. If employers were more pro active in enforcing the use of PPE and ear protection zones, there would be fewer claims.