A repetition of clinical failings, which led to catastrophic consequences over 40 years, has sparked an investigation at Shrewsbury and Telford NHS Trust (SATH). 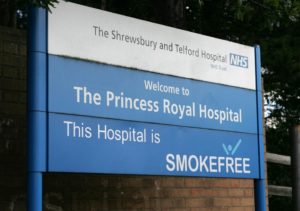 Avoidable deaths, serious injuries and trauma caused to families involved, were all consequences of allowing clinical malpractice to go unchecked between 1979 and 2017.

The investigation into SATH singled out three mothers and 42 babies that died and at least 50 that suffered avoidable brain damage since 1979, but in total more than 600 cases are reportedly being examined.

It also revealed that lessons were not learned, and repeated mistakes were allowed to occur as a result of substandard follow-up investigations.

This became the worst and largest maternity scandal the NHS has seen in history and led to concerns being raised of the high numbers of deaths and injuries.

The review was triggered after the Stanton-Davies family lost their daughter, Kate, after midwives failed to monitor her condition, among a catalogue of other failures in March 2009. In a separate case, Kayleigh and Colin Griffith’s daughter, Pippa, died shortly after birth because midwives ignored signs of a serious infection in 2016.

The inquiry is being carried out by Donna Ockenden, a maternity expert. In the report she concluded that many of the cases included clinical failures of “knowledge, team-working and approach to risk” as well as a failure by hospital bosses to investigate errors, spot key risks and communicate properly with the families.

The leaked report, seen by the Independent, showed that there was:

Bill Kirkup, who chaired the Morecambe Bay inquiry, the second largest maternity scandal, said: “Two clinical organisation failures are not two one offs: they point to an underlying systemic problem that may be latent in other units. It is vital that we recognise why, and what we can do about it. There is good evidence that some straightforward but far reaching measures would benefit all maternity units, as well as greatly reducing the chances of another large-scale disaster like these two”.

Interim Chief Executive at SATH, Paula Clark said: “We have been working, and continue to work, with the independent review into our maternity services.”

“On behalf of the Trust, I apologise unreservedly to the families who have been affected. I would like to reassure all families using our maternity services that we have not been waiting for Donna Ockenden’s final report before working to improve our services. A lot has already been done to address the issues raised by previous cases.”

“Our focus is to make our maternity service the safest it can be. We still have further to go but are seeing some positive outcomes from the work we have done to date.”

After three years and huge changes in the profession since our last show, join us as we reunite in-person at ExCeL London from 17-19 May 2022.