Jamie Hailstone is a freelance journalist and author, who has also contributed to numerous national business titles including Utility Week, the Municipal Journal, Environment Journal and consumer titles such as Classic Rock.
March 11, 2019

The Chartered Institute of Housing has urged buildings to start preparing now for tougher post-Hackitt regulations, which it believes will become law by 2022. 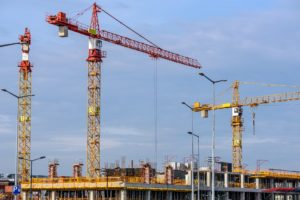 Speaking at the Total Housing 2019 conference in Brighton, the Chartered Institute of Housing’s Head of Knowledge and Products, Debbie Larner, said she expects new mandatory regulations to become law by 2022.

Dame Judith Hackitt’s review of building safety regulations was commissioned in the aftermath of the Grenfell Tower tragedy in 2017.

Her final report, published last May, concluded that indifference and ignorance led to a “race to the bottom” in building safety practices with cost prioritised over safety and added there needs to a “radical rethink of the whole system and how it works”

Ms Larner said the Ministry of Housing, Communities and Local Government are looking to publish a consultation paper in May and the process to start drafting legislation will start in the autumn or next winter.

She told delegates a bill is expected to be laid before before parliament in 2021 and become law the following year.

Ms Larner added she expects there to be a two-year transition period, between 2022 and 2024.

“That might seem like a really long time away, but there is stuff that people can be doing now,” she told the conference. “Don’t wait for this. Start preparing now.”

Ms Larner added that the looking at five key areas, including proper standards, cultural change and making sure residents are being listened to.

She also gave a brief overview of some of the work being carried out in the background by the Competency Steering Group, the Early Adopters Group and the Industry Safety steering group, which is being led by Dame Judith Hackitt herself.

Along with the working groups, the government is looking to create the Joint Competency Authority, which will be the regulatory body, but Ms Larner added that it’s still not entirely clear whether this will be going to be a local body or a national authority.

Also speaking at the event was Jan Taranczuk from Jan Taranczuk Associates, who talked about some of the issues that he believes will come out from the ongoing Grenfell Tower public inquiry.

Mr Taranczuk said he thinks the inquiry’s recommendations will include the mapping out of key features, like the gas inlet valve.

“In Grenfell it tuns out it was in the basement, but they could not get into the basement to turn the gas off for 24 hours after the fire,” he told the conference.

He added he expects mandatory information boxes about each building to be another recommendation.

“It seems to me that during the questioning of staff at Kensington and Chelsea [at the inquiry] that if you have not got a premises information box outside a tower block, then you may well be forced to do it.

“And in that information box will be the floor plans, fire risk assessments and details of people in the building.”

He added he believes “stay put” policies will also get called into question by the inquiry.

“Prior to the [2009] Lakanel House fire, I had never heard of a stay put policy,” he told delegates. “When there was a fire in a tower block, the fire brigade turned up and put it out. People stayed put because generally they didn’t know there was a fire. If they saw smoke and flames, they would naturally get out.”

The conference session was then given an update by the Clarion Housing Group’s Project Fire Director, Dan Hollas on some of the safety improvement being carried out by the housing association.

Mr Hollas told delegates that Clarion Housing Group is one of the largest associations in the country, with 185 buildings are six storeys or higher, including 42, which are above 10 storeys high.

The group also has 1,300 converted street properties and more than 700 supported/sheltered sites.

He said of the 42 buildings above 10 storeys high, 24 were identified as requiring work after Grenfell and the Group has spent £6.5m on those buildings.

Mr Hollas said they did not have any ACM cladding on the buildings that were above 18 metres, but they did discover it on one building that is 19.95 metres high. He added that the work to remove and replace the cladding on that build ing is almost complete.

“From my perspective, I absolutely want to get it right,” said Mr Hollas. “There is no point in doing this work quickly and getting it wrong. It is absolutely fundamental to understand the problems as you go through each stage of the construction process. My lesson is make sure you know what you are doing, think about the risk and do it properly.”

Alone and at-risk: How construction companies can protect lone workers