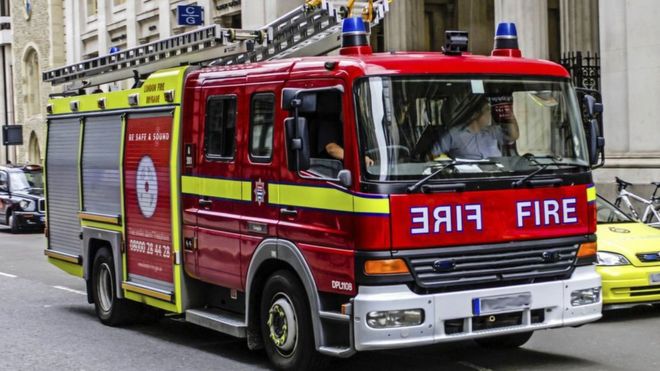 A London guest house owner who removed the staircase from his property has been fined £250,000 and given and a six month suspended prison sentence after being successfully prosecuted by London Fire Brigade.

Mehmood Butt was sentenced at Southwark Crown Court after pleading guilty to four offences under the Regulatory Reform (Fire Safety) Order 2005. In addition to the fine and suspended prison sentence he was ordered to pay full prosecution costs of £14,200 and given a nightly curfew of 21:00-06:00.

Butt was converting the building into guest house accommodation from a house of multiple occupation. This involved removing the internal staircase to put in a lift and fitting an open external staircase to the rear of the property which would provide the only emergency means of escape.

The work went ahead despite a Building Regulations application for the refurbishment being turned down due to safety concerns by the London Borough of Tower Hamlets.

Following a visit to the site by building inspectors in March 2014 the Brigade was alerted and fire safety officers visited the premises and issued an Enforcement Notice requiring the inadequate emergency stairs and other fire safety defects to be addressed.

A follow up visit in July 2014 found almost none of the deficiencies identified had been corrected and revealed a host of other fire safety failings, including:

• evidence that rooms on the second floor were being used for sleeping despite fire safety concerns
• inadequate fire doors in a number of rooms leading onto a corridor which acted as a means of escape
• failure to address the concerns around the external staircase which was not protected in the event of a fire
• inadequate smoke detection in the guest house rooms
• no fire protection in the new lift shaft which could have led to rapid fire and smoke spread
• blocked escape routes to a place of safety from the emergency external staircase.

Following the visit, fire safety officers issued a Prohibition Notice restricting the use of the guest house to the ground floor of the three storey building.

Deputy Assistant Commissioner for Fire safety Lee Drawbridge said: “The fact that the guest house owner went ahead with the occupation of the building despite being refused permission by the council on safety grounds is truly shocking. Not only does it show a blatant disregard for fire safety it rendered the building a death trap and put the lives of anyone staying there at serious risk should a fire have broken out.

“It’s the responsibility of building owners to ensure their buildings and those who use them are safe from the risk of fire. The size of the fine handed down in this case should send a clear message that, while we will do everything we can to help building owners meet their fire safety responsibilities, if we find they are blatantly ignoring them we will not hesitate to prosecute. ”

With most of us now working from home, the issue of how to support home workers is more important than ever. Download this free Barbour guide to understand the legal requirements and how to make home working a success.

Download the guide
£250k fine for fire safety disregard A London guest house owner who removed the staircase from his property has been fined £250,000 and given and a six month suspended prison sentence after being successfully prosecuted by London Fire Brigade.
Alison Fava
SHP - Health and Safety News, Legislation, PPE, CPD and Resources

“Post-Grenfell, we will see changes to regulations, firefighting practice and how building materials are tested and certified, but I am not confident that we will see systemic change”