To err is human: human error and workplace safety 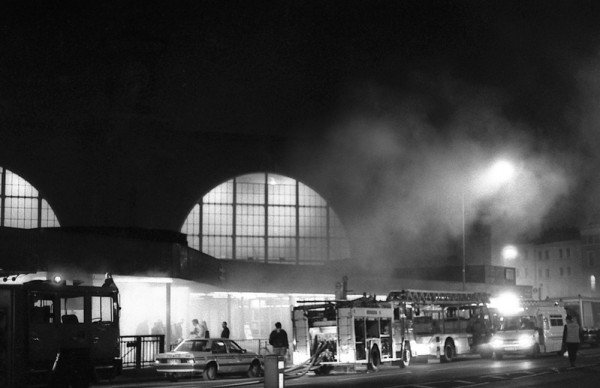 An investigation into the fire at King’s Cross Underground Station in 1987 found that the accident arose ‘because no one person was charged with overall responsibility for safety.’

A worker installing a robot at a Volkswagen (VW) production plant in Germany was killed last week when it grabbed him and crushed him against a metal plate. According to a VW spokesman, initial conclusions indicate human error was to blame.

Even in the absence of further details, attributing the accident solely to human error may prevent constructive action to improve safety. Human error is a frequently deployed explanation: around 90 per cent of industrial accident reports indicate a failure on the part of the injured person or a co-worker. Such explanations are convenient and all-encompassing: blaming individuals who directly cause accidents suggests that such accidents are unavoidable, absolves management of any responsibility, and leads to simple recommendations that the individuals be disciplined, sacked, retrained, or told to be more careful.

In fact, reports stopping at human error usually fail to seek out the underlying causes of an accident. Human beings are prone to making mistakes, but all too frequently organisational issues make such errors inevitable or at least more likely. Very few accidents are associated with a single cause, particularly those involving large organisations or complex technologies. An incident may have one or more immediate causes, basic causes and root causes. Finding the root cause will help to prevent future accidents by leading to improved process design, training and team safety. Human failings are rarely root causes – instead, a systemic approach to safety views human error as a consequence of other failures.

Reports into the causes of several major disasters have stressed both the influence of human error and failures in management and the organisation of safety in the companies concerned. The 1988 Clapham Junction Rail Crash was found to be directly caused by an employee’s wiring errors in a relay room. However, the inquiry also highlighted management failures, stating that ‘the best of intentions regarding safe working practices was permitted to go hand in hand with the worst of inaction in ensuring that such practices were put into effect.’

Similarly, the investigation into the fire at King’s Cross Underground Station in 1987 found that many of the physical and human shortcomings which caused the disaster had been identified by previous internal inquiries into escalator fires, but the recommendations had not been adequately considered by senior managers. The accident arose ‘because no one person was charged with overall responsibility for safety.’

According to the Health and Safety Executive (HSE), human failures can be active or latent. Active failures are direct and immediate causes of an accident, and are usually made by front-line staff such as drivers or machine operators. There are 3 types of active human error:

Familiar tasks carried out without much conscious attention are vulnerable to slips and lapses if the worker’s attention is diverted: for example, missing a step in a sequence because of an interruption. Mistakes occur where a worker is doing too many complex tasks at the same time, or is under time pressure; for example, misjudging the time and space needed to complete an overtaking manoeuvre. Violations, though deliberate, usually stem from a desire to perform work satisfactorily given particular constraints and expectations.

Latent failures are those aspects of an organisation which influence human behaviour and make active failures more likely. Factors which contribute to human error include:

Although not all mistakes can be anticipated, companies owe a duty to prevent or control factors which make human error on the part of their workers more likely. The Court of Appeal in Polyflor Ltd v Health and Safety Executive [2014] held that employers can even owe a duty in certain circumstances to take reasonable steps to protect employees from risks caused by their own foolish acts.

What this means for you

Individual risk profiling is vital: organisations with increasingly automated environments face different risks to those where work is carried out by people alone. Companies need to take steps to limit the consequences of their employees’ human error, always bearing in mind:

Companies should aim to introduce the following:

The Psychology of Processes: How to Work with Imperfect Humans | Online Sales Guide Tips