Following my last article on the mistakes that people make with risk assessments, some readers asked for a follow-up on principles of risk protection.

This is a very broad subject, so I’ll tackle it with several articles. This one deals with machinery hazards.

PUWER states that access to dangerous parts of machinery needs to be prevented. The key word here is “dangerous” because, although it is in motion, a slow-moving piece of machinery does not pose the same risk as one moving at higher speeds.

So the primary route of risk control is to lower the danger, either by making parts move slowly if it is necessary to access them when moving or to stop them moving completely. Purists will claim that no movement may be allowed, but I know of many processes where there is no way of carrying out the operation stationary and the controls in place minimise the residual risk.

Whatever you do, the guarding must be practical. This example shows totally excessive guarding; it is just not possible to operate this lathe with the (interlocked) guard in place. 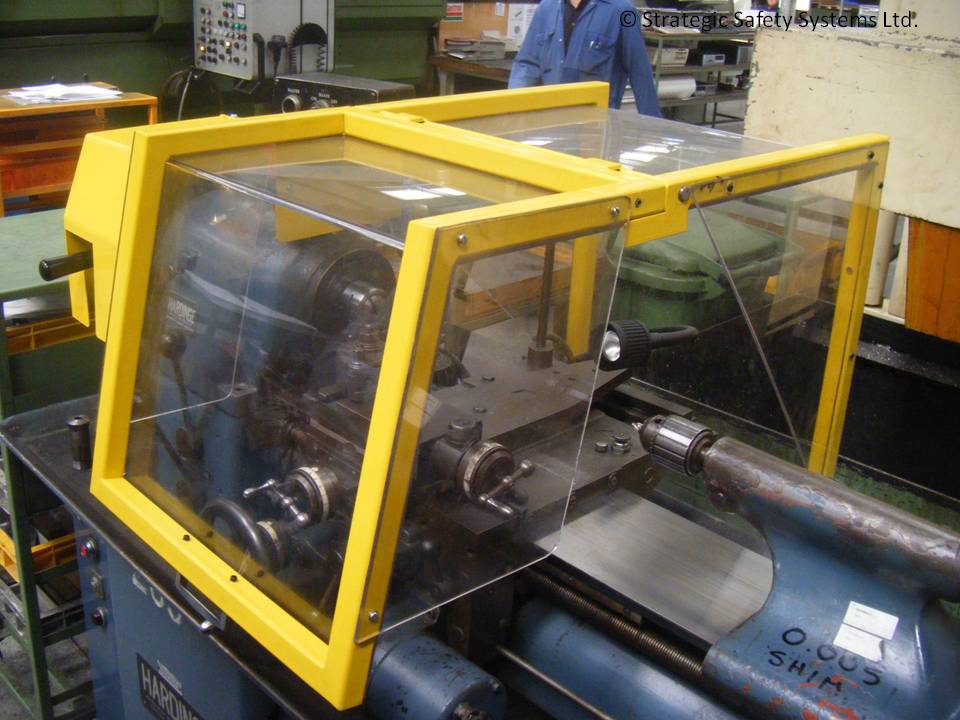 For the above reasons, there is debate in safety circles as to whether interlocked guards should be the preferable method.The primary type of guard in PUWER is a fixed guard, which is defined as one requiring a tool to remove it. One has to be very careful with fixed guards as they should only be used where access is infrequent, say over a sprocket and chain where the only time access is needed is for maintenance. The general “rule of thumb” is that, if access is required daily, then an interlocked guard is necessary; a fixed guard is likely to be removed and not replaced. Now, you could exhort people to replace the guard, but you should be doing better than that. The use of tools to remove a guard is quite vague, as an Allen key is a tool, but most people have access to these. If you are going to rely on tools as a means of removal prevention, then you need to use specialised safety fittings, such as bolts which require a special Allen key with a hole in it. And the final drawback of fixed guards is that in the majority of cases, you need a tool to replace the guard; there are very few snap fixings on the market. However, fixed guards are simple and I find it depressing to hear of so many cases where a person has been caught in machinery where it could easily have been prevented by a fixed guard.

An interlocked guard is one where there is a switch which forces the machinery into a safer mode if the guard is open. In some cases, it is necessary to make it impossible to open the guard until the process has stopped. Note that it may not be necessary to completely stop the machine, just to force it into a safer mode. Such safer modes may be to require the use of a hold-to-crawl or inch button. Note that with a multi-zone machine, it must be possible to do this only for the one zone; it must not be possible to move the machine from one zone when a guard is also open in another zone as another person may be at risk. Such machines may require complex circuitry to achieve this. You may have audible warnings which sound before a machine moves, but I find that the brain filters out such warning sounds after a while; you just don’t notice them.

A key exchange system is probably the ultimate in interlocked guarding. What happens here is that you have a key which controls the electrical circuit and also the opening of the guard. You cannot remove the key from the control panel unless it is turned to the safe position and therefore you cannot open the guard unless the machine is safe.

Dependant on an analysis (EN 13849 for new machines), you may need duplication and cross-checking of the interlock switches, which can often be done using high-reliability safety relays. There are two warnings I make here, which come down to the reliability of whatever you have either side of this relay. I have seen outputs from the relay used to feed the control system, and this means you are relying on the control system and its software being reliable. Most of the time it is, but how many of us have had to reboot computers because they’ve locked up? The output must be downstream of the control system unless you have control system that is specifically assessed as being suitably reliable. 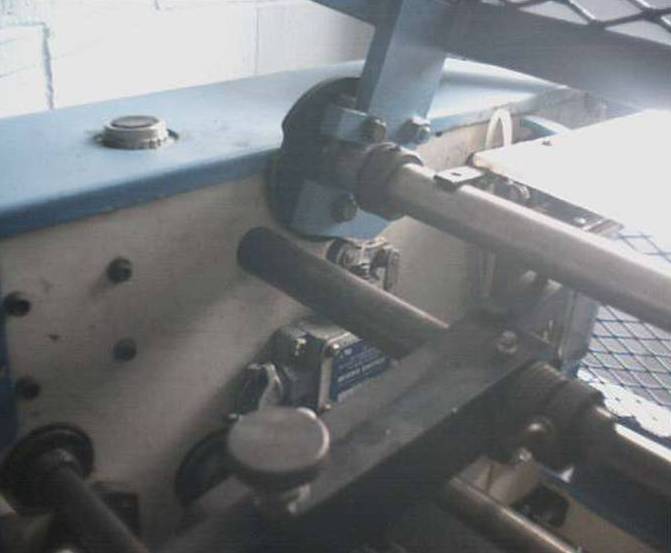 Another control method is the use of what I call “presence sensing devices” such as light curtains and pressure mats. In other countries where I have worked, these are listed lower in the hierarchy in the equivalent of PUWER, and I believe this to be correct. A device which you require to be active to control the risk is inherently less preferable than a solid guard, although they achieve a very high level of reliability. The two key points to consider with active devices is the stopping time and what happens after the presence disappears.
The other warning relates to the mechanical reliability of the switching. This picture shows a cam acting on a switch, normally a excellent method. But because there was lateral play in the pivot of the guard, the cam could sometimes move to one side and become disengaged with the switch as shown here. No matter how good the electrical circuitry may be, this does not work every time. In this case, a couple of washers could have been fitted to prevent this leftwards movement.

Active devices need to be positioned so that the machine stops within the time it takes you to reach the danger point after sensing you. So, with high speed machines, this may make them impractical; you have to position the device so far away from the machine. For example, modern carton folding/gluing lines no longer use light curtains as they run at such a high speed.

You can have light curtains that are muted as product, say a full pallet, exits the machine. In all other cases, you need to control what happens after a person has left the sensing area of the device. You must always have a reset button, but care must be taken where you have say a cage with a light curtain entrance. You do not want someone pressing the reset button on the external control panel when someone is still in the cage. It may be necessary to have a key exchange system, horizontal light curtains or a laser scanner instead.

The final control measure not often considered in the use of trips. These may back-up an interlocked guard where movement is still allowed. The upstream and downstream reliability of the system must be considered, just in the same way it is considered with interlocked guards. The main concern is that fact that with interlocked guards, incorrect operation may be immediately visible; ie the machine does not stop when you open the guard. Faulty trips are not so obvious because they are not often activated. With one printing press, we found that the trips did not work because they were jammed with solidified ink. So trips need regular tests.

This may not be an exhaustive list, as it can be quite a complex subject and all equipment is different. However, I hope it gives you some pointers.

Excellent article. I agree with the full content. I work with high risk machinery on a day to day basis and it is imperative that these safety devices are checked on a regular basis. Interlock guards work very well but it is important that workers receive training in there use and ensure it is strictly enforced as it is possible for workers to be in the danger zone and be locked inside by another worker if a key is not retained by the worker in the danger zone to prevent the machinery from being reactivated. Another area that also needs… Read more »