Ian joined Informa (formerly UBM) in 2018 as the Editor of SHP. Ian studied journalism at university before spending seven years in online fantasy gaming. Prior to moving to Informa, Ian worked in business to business trade print media, in the automotive sector. He was Online Editor and then moved on to be the Editor of two publications aimed at independent automotive technicians and parts distributors.
February 7, 2020

‘We are building the evidence base that proves government must act on air quality,’ says British Safety Council. 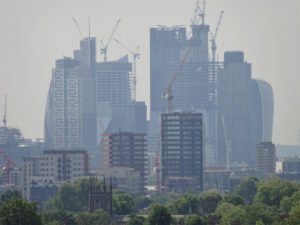 An app developed by King College London as part of the British Safety Council’s Time to Breathe campaign is building on a growing evidence base that proves outdoor workers are exposed to air pollution well above the World Health Organisation’s (WHO) recommended limits. However, huge variance in quality and coverage of air quality measurement across the UK suggests the problem could be greater than previously thought.

The app gathers data based on London’s air quality monitoring stations and gives individual users a read-out of the air pollution they are exposed to at work. The first data release from British Safety Council confirms that outdoor workers are put at more risk than average Londoners. The WHO says that air pollution is now the world’s largest single environmental health risk and that reducing air pollution could save millions of lives. As well as campaigning to improve ambient air quality the British Safety Council is working on practical solutions to reduce the risks for outdoor workers.

Over six months the Canairy app has gathered data from a sample of Londoners. Outdoor workers were exposed to air pollution averages higher than guidelines for NO2, particulate matter (PM2.5 and PM10) and Ozone. Some maximum exposures were nearly two thirds higher than recommended WHO limits. The workers were in two groups, some mostly working in offices and others mostly working outside. Although both groups were exposed to high levels of air pollution, those working outside are exposed to worse pollution than the average Londoner.

Head of Campaigns Matthew Holder said: “The first data release confirms that outdoor workers are being exposed to high levels of air pollution with all the health risks that carries. Canairy confirms what we also thought – if you work outside in a city or near a busy road you are putting your health at risk. What is new is that we now have the technology for individual workers to record their exposure. With Canairy and other forms of measurement we are building the evidence base that makes the case for change. As a first step we must urgently adopt the WHO guidelines on PM2.5. But we also need investment in measurement so we can understand who is at risk and how people can limit their exposure to harmful air pollution.”

You can read the full report here: Outdoor worker exposure in London: first release from Canairy. 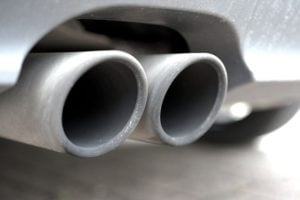 Children can have their growth stunted by up to 14% due to roadside air pollution, according to data gathered in a 2019 report by Kings College London.

With around three million Londoners living near a busy road, there have been calls for political parties to adopt a legally binding target, set by World Health Organization Guidelines, ahead of the General Election on December 12.

Dr Heather Walton, Senior Lecturer in Environmental Health at King’s College London, said: “This is the first time that health impact calculations for such a wide range of health conditions and cities have been included in one report.

“While previous calculations have concentrated on deaths, life-expectancy and broad types of hospital admissions, our report includes symptoms that affect a larger number of people such as chest infections (‘acute bronchitis’) in children and effects on specific groups of people such as asthmatics.

“The project has worked throughout to ensure a strong link between publicly understandable statements and their scientific basis.”

In 2019, the British Safety Council called for urgent action on protecting outdoor workers from air pollution and admits its alarm at findings by environmental charity Hubbub. According to the research, which was set up to examine how air pollution affects people living and working in London, a site engineer on a construction site has air pollution exposure levels six times higher than that of an office worker.

The data also revealed that lorry drivers are a very high risk of exposure to air pollution and that air pollution on the tube is high, with deeper lines being much more polluted than those closer to the surface. It found that overground lines are up to ten times cleaner.

The trial, conducted in corporation with King’s College London and The Times, studied ten participants with varying lifestyles. The occupations, which included an HGV driver, a construction site engineer and a construction worker, used portable monitors that tracked their air pollution exposure levels for a week. 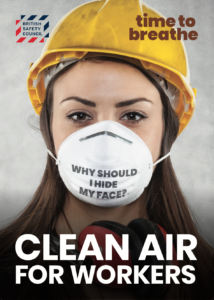 British Safety Council’s Time to Breathe campaign was launched in March 2019. It focusses on protecting workers from air pollution. As part of the campaign, the world’s first mobile app for outdoor workers, Canairy, was launched to measure their exposure to air pollution in London.

Air pollution, linked with up to 36,000 early deaths a year in the UK, is considered the biggest environmental risk to public health. Research from King’s College London suggests that more than 9,400 people die prematurely due to poor air quality in London alone. Ambient air pollution is linked to cancer, lung and heart disease, type-2 diabetes, infertility and early dementia.

Andrew Grieve, Senior Air Quality Analyst, King’s College London, who conducted the air quality monitoring for the Hubbub trial, said: “In the Hubbub study, the second highest exposed person after the lorry driver was the construction worker. Outdoor workers have been overlooked in the air quality debate, but this data shows that they are one of the most exposed groups, often spending their working lives near traffic and machinery.

“The Canairy app we developed with the British Safety Council allows us to begin to build a better picture of outdoor workers’ exposure and hopefully to empower employees and employers to take action to reduce exposure to pollution over the long-term.”

Matthew Holder, Head of Campaigns at the British Safety Council, said: “We can see from these results that if you work outdoors, drive or commute in a polluted area, your health is at risk. Meanwhile, employers are burying their heads in the sand and waiting to see if the government and the regulators are going to act. Fortunately, the deadlock is breaking as the science challenges these attitudes and the public demands urgent action.

“We need to act now. Otherwise, we will look back, as we do with asbestos, and ask ourselves why we failed to prevent harm and also face a huge bill. Modern technology, such as the London Air Quality Network (LAQN) and portable pollution monitors, not to mention the new app based solutions like Canairy, clearly show what should be done, both in terms of health protection and air pollution tracking. There is no excuse for inaction and no time to lose.”

The British Safety Council is urging everyone to write to their MPs to request that the Department for Work and Pensions (DWP) and the Department for Environment, Food and Rural Affairs (Defra) do more to protect outdoor workers from the dangers of ambient air pollution.

Visit the SHP bookshop
‘Outdoor workers are exposed to 15% more pollution than the average Londoner’ A report carried out by Kings College London has highlighted the health risks of living near busy roads in the UK.
Ian Hart
SHP - Health and Safety News, Legislation, PPE, CPD and Resources