Let’s not beat around the bush: FFI is a fine 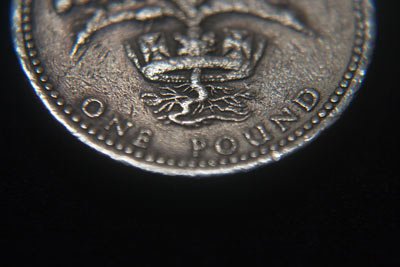 In response to Sarah Daniel’s Five Reasons Why Fee For Intervention Is actually A Good Thing, my principle objection is the attempt to portray this as a service and not call it what it is; a fine.

An ‘invoice’ arises from a mutually beneficial commercial arrangement for services provided. Not where one party, with government-granted powers, turns up and arbitrarily decides that such a service is warranted.

The mere fact that the HSE has to resort to subterfuge exposes the fact that those that devised this scheme are perfectly aware of its implications. Frankly, no one is fooled.

The idea that this is not as bad as some have made out just because the HSE have not hit their targets (the fact that there is a target which was initially denied) does not hold water. Some distant government target for collecting these fees is irrelevant if you are a small business that has just been hit with an ‘invoice’.

The HSE has a role to enforce and punish where necessary and within that, the ‘offender pays’ principle is already maintained.

The difference is that with a fine judicial process is involved which means that the HSE have to show that action is in the public interest and go to some lengths to prove their case.

The appeals process has been held up as justification, which is an interesting notion.  What genuine service provider has a published appeals process for contesting its invoices?

I have been involved in cases where I could see legitimate reasons to appeal but the business did not want to provoke the HSE and in any case did not have the knowledge or resources to argue an appeal without further expense.

A fundamental flaw in this misbegotten scheme is that it encourages HSE inspectors to apply the letter of the law rather than the spirit of the law enshrined in the concept of what is reasonably practicable by seeking to identify a ‘material breach’.  I would acknowledge that this is a subtle shift but it is early days and over time I can see this growing in influence.

The HSE came into being with HASAWA because there was a need to deal with the unacceptable safety record of hazardous industries in the UK. In other words there was a problem that needed fixing and largely that principle has held true as new legislation has been added.

FFI, however, has nothing to do with improving safety and everything to do with plugging a funding cut to the HSE and that is one reason among many why it really is not a good thing.

Listen now!
Let’s not beat around the bush: FFI is a fine In response to Sarah Daniel’s Five Reasons Why Fee For Intervention Is actually A Good Thing, my principle objection is
Safety & Health Practitioner
SHP - Health and Safety News, Legislation, PPE, CPD and Resources

FFI and the status of the HSE inspectors seems to be quite a sore topic with us all. I’m relatively new to the health and safety role – the fun police as colleagues jokingly call me…Mock me they may but having seen what they’re upto when they think no one is looking I know I provide a value service to them all and ensure they go home safely every day….besides I’ve been there so I’m fairly sure I know how it is out on the shop floor. My view is that the HSE are there to do a number of… Read more »

I appreciate that ffi punishes those who do not have safe practices and require professional input before a disaster, but…. How can they justify charging when they visit and serve no notices?? therefore suggesting nothing is fundamentally wrong.