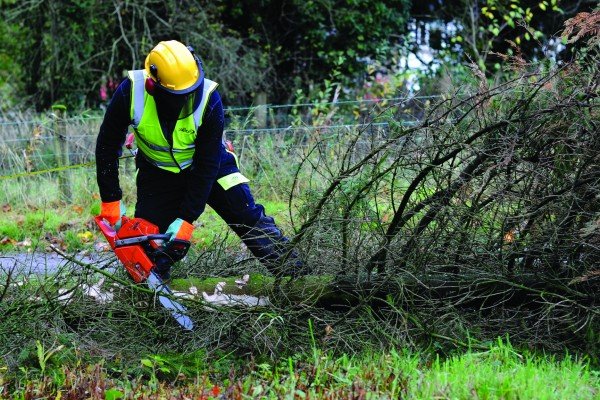 Farmers have the power to change behaviour and improve agricultural safety across Ireland and Northern Ireland. Bryan Henesey reports.

Agriculture is a cornerstone of the Irish economy, providing employment for one in every 13 workers across the country.

The industry has unfortunately accounted for the most workplace deaths in Ireland annually over the last seven years.

A total of 156 people have died working in Irish agriculture since the start of 2008, including 16 workers between January and November 2015.

In Northern Ireland, meanwhile, 67 people lost their lives in work-related farming incidents between 2004 and 2013, including five children under-11.

Much work has and continues to be done by the Health and Safety Authority (HSA), HSENI and other organisations to address the trend and make agriculture a safer and healthier sector in which to work.

It was to this end that IOSH’s Ireland and Northern Ireland branches jointly held a farm and farmer safety event at Teagasc’s Ballyhaise Agricultural College, in Co Cavan.

Around 120 delegates learned more about preventing common causes of injuries or deaths in agriculture at the event, which also involved input from the institution’s Rural Industries Group.

Live demonstrations of best practice around chainsaws and tree felling, tractors, use of chemicals, animal management, farm building construction and electricity, and slurry management were provided by experts from the college, Teagasc, Coillte and farm building management company Kilmoon Trading.

Through the sessions farm workers were encouraged to stop and think about safety, and to take action to ensure safe working on their land.

Liam Howe, chair of IOSH Ireland Branch, said: “Agriculture, particularly in recent times, has had a very poor rate of accidents, deaths, injuries and ill health. Through this event we wanted to showcase some of the main issues and ways to improve farm safety.

“Hopefully, the advice given to delegates will help to change the behaviour of farmers in their own workplaces. It is about changing the culture so that safety and health becomes a state of mind for farm workers.”

Richard McIvor, chair of IOSH Northern Ireland Branch, added: “Farm safety is a significant issue both in Northern Ireland and the Republic of Ireland. Both IOSH branches had the same goal to work together and share knowledge for all.

“By sharing advice we hope that farm workers will stop and think in order to prevent further deaths and serious injuries. It is also important for people to realise that children should be kept off the farm for their own safety.”

Both IOSH branches have been promoting farm safety through their activities in recent years and support the work being done by others to raise awareness of the issue.

IOSH Northern Ireland has been actively supporting HSENI’s Farm Safety Action Plan. The strategy, which runs until March 2017, outlines how the regulator plans to support the local farming community to promote safe working and good practice.

Keith Morrison, chief executive of HSENI, who spoke at the event, said: “While it is encouraging that awareness around farm safety has increased, farmers must now take the next step.

“They need to change how they do things so that every job, big or small, is done within a culture of safety first – every time. We can’t keep on losing lives every year through accidents that are completely preventable.”

Martin O’Halloran, CEO of the HSA, also addressed delegates. He said the consequences of not taking safety seriously can stay with farming families for generations.

He said: “When our inspectors go out and investigate the two words that almost universally characterise accidents are that they were ‘foreseeable’ and ‘preventable’.

“We say take action. You have enormous power over the outcomes for yourself and your family.”

The event was the first that the IOSH Ireland and Northern Ireland branches have jointly held on the issue of farm safety. They now plan to hold similar sessions at other locations.