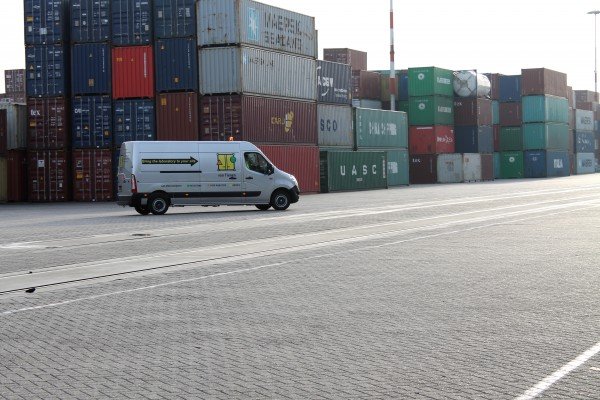 After a career as a customs officer in the Netherlands, Wim van Tienen was well aware of the toxic gas hazards presented by some freight containers, so in 2009 he started a company, Van Tienen Milieuadvies B.V., offering gas analysis and safety advice. The company has grown quickly, which Wim attributes in large to the advanced FTIR gas detection and analysis technology upon which his company’s services depend.

The problem: air quality and toxic gases in containers 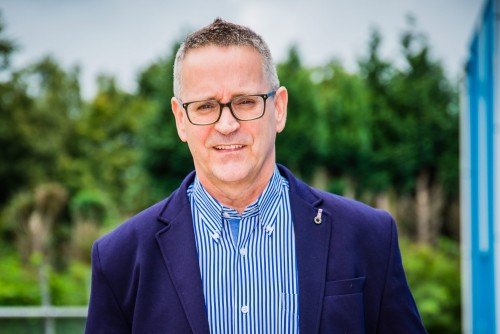 The air quality inside containers varies enormously, depending on the goods, the packing materials, transit time, temperature, humidity and the possible presence of fumigants. Consequently, many containers contain dangerous levels of toxic gases and represent a major threat to port and transport workers, customs officials, warehousemen, store employees and consumers. It is therefore essential that risks are assessed effectively before entry is permitted.

Solvent vapours and most fumigants, whilst harmful, can be detected by the human nose, but Wim explains that some gases are odourless and some have a high odour detection threshold, which means that you can only smell the substance in high concentrations.

In those scenarios, he explains, detection with instrumentation is essential.

The wide variety of potential contaminants represents a technological challenge to those responsible for testing, because if testers seek to detect specific gases, they risk failing to detect other compounds. It is also not practical to test every single container, so logical procedures must be established in order to minimise risks.

In 2009, when Wim first established the company, container gas detection was carried out with traditional field measurement techniques (gas detection sensors and tubes).

“This approach was complicated, costly and time-consuming, and it was impossible to cover all risks,” he says. “With sensors and tubes, only a limited number of compounds can be measured specifically. Furthermore, the accuracy of detection tubes is poor and they can suffer from cross-sensitive reactions by interfering substances.”

Traditional mesaurement techniques didn’t seem to be the best approach for covering all risks:  “In order to test for the most common gases, it would be necessary to utilise a large number of tubes for every container, but this would still risk failing to detect other compounds and would be very expensive,” said Wim.

As a result of the problems associated with traditional gas detection techniques, Wim was keen to find an alternative technology and in 2013 he became aware of portable FTIR multigas analyzers from the Finnish company Gasmet Technologies.

Wim said : “The instrument is able to both detect and measure hundreds of compounds simultaneously; with this technique all inventoried high risk substances, such as ethylene oxide and formaldehyde, are always measured in real-time.”

Wim worked with Peter Broersma from Gasmet’s distributor Reaktie, to develop a special library of over 300 gases for the container monitoring application. Wim’s company now uses the Gasmet FTIR instruments with his team of gas testing specialists.

The major advantage of the Gasmet FTIR analysers was the simultaneous multigas analysis capability. Wim added that the testing work was also faster and more cost-effective with the new analysers.

“The analyzers are small, lightweight, relatively simple to run, and no calibration is required other than a quick daily zero check with Nitrogen,” said Wim.

The need for container gas testing is driven by employers’ duty of care for employees, which is embedded in international health and safety regulations.

Companies receiving containers must investigate whether employees that open or enter containers, may be exposed to the dangers of suffocation, intoxication, poisoning, fire or explosion.

In order for employers to protect staff from these hazards, a risk assessment is necessary, coupled with an effective plan to categorise and monitor container flows.

“This is how we develop an effective testing strategy,“ Wim explained. “If a flow of containers from the same source containing the same goods and packing materials is found to be safe, the number of containers being tested within that flow can be reduced. Similarly, if toxic gases are identified regularly in a container flow, the frequency of testing will be increased.”

Once a container has been found to contain toxic levels of a gas or gases, it is necessary for that container to be ‘de-gassed’  – a service that Van Tienen Milieuadvies provides. The process involves fitting a powerful ventilator to the door and capturing the gases with activated carbon. Once degassing is complete, it is important that the container is unloaded promptly, because the gases involved will re-accumulate quickly in a closed container, resulting in the need for repeat testing.

Wim estimates that around 10% of containers contain toxic gases: “This means that hundreds of thousands of containers are travelling the world, representing a major risk to anyone that might enter or open them, so it is vital that effective testing strategies are in place wherever that risk exists.”

Wim explains that FTIR gas analysis has benefited this work enormously: “For us, the main advantages are speed and peace of mind – we are now able to test more containers per day, and by testing for such a large number of target compounds, we are able to dramatically lower the risks to staff.”

Looking forward Wim believes that the use of Gasmet FTIR will expand rapidly around the world as the risks associated with containers become better understood, and as employers become more aware of the advantages of the technology.

Case study: toxic gas detection in freight containers After a career as a customs officer in the Netherlands, Wim van Tienen was well aware of the toxic gas
Roz Sanderson
SHP - Health and Safety News, Legislation, PPE, CPD and Resources

Four fingers lost by worker and another exposed to toxic gas