Rana Plaza in the news: two years on

It is two years today since the collapse of the garment factory in Savar, a northwest district of the city of Dhaka, Bangladesh. 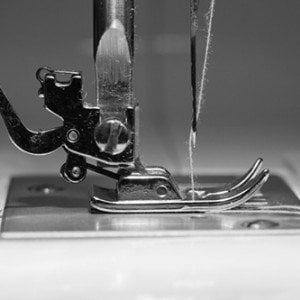 Following the disaster, calls were made for industry-wide change. A year ago, I wrote an article asking what was being done to change attitudes. Now, two years on, I’m asking: what has actually happened in the two years since the collapse?

In an article for The Guardian today, Sam Maher director of policy for workers’ safety, Labour behind the Label, said: “Little has changed since the tragedy occurred in April 2013. Brands and factory owners are making huge profits, the Bangladesh government is ensuring employment, albeit of poor quality, is provided to its most marginalised people, and consumers can buy extremely cheap clothes.”

She argues that the only group suffering is the workforce, mainly made up of young women – and goes on to say that societal change doesn’t come about through industrialisation, but by people fighting for safer working conditions, better healthcare, and more rights.

The Guardian also featured a report on the $6m (£4m) shortfall in the compensation fund for Rana Plaza victims. The newspaper said “the shortfall, together with late payments, means around 3,000 people who worked at Rana Plaza or are family members of those who died are still waiting to receive 30% of the $30m workers’ rights groups say they are due in compensation.”

The article continues: “Three international coalitions set up in the wake of the incident at Rana Plaza have checked the structural integrity and fire safety of more than 1,900 factories in the past two years. A handful have been closed down and others made safe, but work to improve fire safety continues and is likely to take some time.”

The report, ‘Whoever raises their head, suffers the most: workers’ rights in Bangladesh’s garment factories’ is based on interviews with more than 160 workers from 44 factories and shows reports of violations including physical assault, verbal abuse, denial of paid maternity leave and failure to pay wages on time or in full.

Human Rights Watch also reports that despite the changes to some labour laws since Rana Plaza collapsed, many workers who try to form unions to face these issues are intimidated, dismissed and sometimes physically assaulted.

A Bangladesh Garment Manufacturers and Exporters Association (BGMEA) official told Human Rights Watch: “We have a bitter experience about unions. They believe they don’t need to work and they will get paid.”

Human Rights Watch urges companies who source from factories in Bangladesh to make sure that “factory inspections conducted on their behalf or with their support are effective in ensuring that their supplier factories comply with the companies’ codes of conduct and the Bangladesh labour law.”

It also urges international apparel companies and clothing retailers to be transparent about their supply chain and publicly disclose the factories from which they source.

IndustriALL, Clean Clothes Campaign and Fashion Revolution are all campaigning to raise awareness of the victims of the Rana Plaza collapse.

Rana Plaza in the news: two years on It is two years today since the collapse of the garment factory in Savar, a northwest district of the city of
Roz Sanderson
SHP - Health and Safety News, Legislation, PPE, CPD and Resources