Five reasons Fee for Intervention is actually a good thing 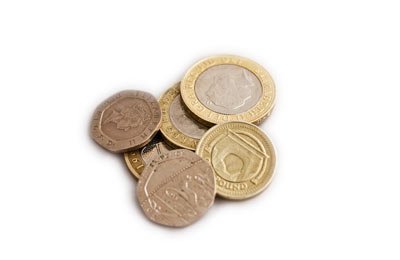 Fee For Intervention (FFI) has been in place since Oct 2012 and most folks involved in health and safety will have a view on whether it’s a good scheme or not; whether it improves health and safety compliance or it goes against your views on how the HSE/ Government should be funded.

But how much of this is based on fact? A closer look reveals that Fee For Intervention isn’t as terrible as it’s made out to be. In fact, it has been beneficial in improving enforcement.

The principle of cost recovery is used elsewhere; think COMAH in the Health and Safety world but also the ‘Polluter Pays Principle’ which has been around for a couple of decades. Most people have a fundamental agreement that those who cause a problem should pay for it. There are also debates about who should pay for treatments on the NHS/ road safety (speed cameras).

2. It hasn’t been a licence to print money

In fact HSE are behind on their targets – in June 2014 the HSE released figures showing it had generated £9.6 million in the 2013/14 financial year; well below the £17 million it had budgeted to recover. It has not been the ‘cash cow’ that was muted. The average invoice is for £501.42- dividing this by the hourly rate of £124 we achieve a time of just over four hours. An inspector visit plus a letter/ uncomplicated notice. The monies raised has not significantly plugged the gap in the HSE budget. The money also goes to the Treasury not direct to HSE (but of course is then distributed).
With respect to the invoices, only a small number 2.5% of invoices have been queried. The querying of invoices is not recharged & these queries include why the charge was made. However if this turns into a dispute is charged at the FFI rate. This low rate of query could mean the business was resigned to the fact that it’s wrong, didn’t want any more HSE involvement or indeed that the scheme has ‘embedded effectively & has been applied consistently & fairly’ quoting the recent review!

There is a shift due to staff resources on to their priority campaigns but also more RIDDOR’s are being inspected- is this a direct result of FFI – there was a fear that some business would be targeted as those who were non-compliant and therefore bring in the greatest revenue; The HSE has also been target driven – surely we want the inspectorate to visit those premises of greatest risk and apply the Enforcement Management Model; I do not see this has having changed with the new charging regime ( see also point 2). The key to any business who wants to reduce the risk of a FFI cost is to comply! To be proactive and be prepared i.e. have their Health and Safety Management system in order.

4. Is our grumpiness with the scheme really saying more about our view on the HSE overall?

Comments such as inspectors not living in the real world/ not understanding the pressures businesses are under, Inspections & investigations taking too long. It was great when the HSE was also an advisory service. It was indeed a sad day when the Help Line was switched off- as it was a great resource especially for smaller businesses. But any service/ function comes at a cost to the UK taxpayer as a whole. I hear the words ‘no viable alternative’ to stopping the Help Line or for charging businesses who are not compliant.

5. It has opened the gates for other enforcement bodies to charge

It has levelled the playing field. For example, the Fire Service, Environmental Health and Trading Standards are all charging for services. Fairness is a good thing; the key to not paying is complying and not having any of those material breaches.

I do believe that the scheme does provide an additional incentive for businesses to comply but think the next couple of years are going to be interesting for UK PLC and for the FFI scheme.

Listen now!
Five reasons Fee for Intervention is actually a good thing Fee For Intervention (FFI) has been in place since Oct 2012 and most folks involved in health and safety will
Safety & Health Practitioner
SHP - Health and Safety News, Legislation, PPE, CPD and Resources

I totally disagree with comments made above. I have spoken to HSE inspectors who have stated “The treasury has set targets for us to self fund, 5 million goes to the HSE the rest to the treasury, one inspector said they had been told to up inspections to gain more FFI cash. Most HSE inspectors do not like the FFI and have either been abused or attacked in the course of doing their job, I would like to see the stats for attacks and abuse on HSE inspectors,do a comparison before FFI was introduced and now. Another reason I do… Read more »

Freddie thank you for your comments; firstly you can disagree; but i do not believe that you totally disagree we me- after all you do say that you agree with other regulatory bodies charging for services.- so my inference you do agree that the HSE should charge for blatant (Material Breaches) contraventions of the law. With respect to Inspectors being abused- i am myself from an enforcement background; and whilst i was not regularly abused there were incidents of both physical and verbal abuse both to myself and colleagues; and some visits were joint visits, and police officers were also… Read more »

Hi Sarah
My concerns revolve around the fact that surely this creates a more adversarial system rather than one in which enforcer and company work together to solve a particular issue. And with targets in place HSE are motivated to find a problem come what may… I have had reports of the smallest issues being turned into an excuse for a bill… However I would say the suns are small in general and that as an industry the bigger issue we should be aligning on to fight is that if deregulation for small businesses
Thanks for your provocative report
Heather

Sarah, some really valid points well made and some great fresh data which supports the scheme. However it is a real challenge to engage organisations in H&S and the FFI scheme is seen as an additional barrier. In his the Triennial review of the HSE, Martin Temple raised some real drawbacks stating “I am very concerned at the strength of feeling from stakeholders that FFI has damaged the HSE’s reputation for acting impartially and independently, and therefore its integrity as a regulator.” I wonder also if the HSE should look at the Primary Authority Model operated by the EHO and… Read more »

Some very valid points and arguments on this thread. At the time of its implementation many industry leaders questioned the long-term effect of FFI. Some believed that the charge would result in increased HSE action as a way to boost earnings. Others, such as EEF chairman Martin Temple (as Simon Mentioned earlier), suggested that imposing FFI could damage the generally positive relationship between the HSE and employers if they suspected the charge was being levied unfairly, or purely to create new revenue for the cash-strapped executive. FFI – Certainly helping to generate HSE revenue FFI recovery is obviously unpopular with… Read more »

As it has been reported that there is no evidence of greater compliance with HS law as a result of FFI it has to be concluded that the prime purpose is to raise funds. The triennial review recommended abandoning FFI unless fund raising could be separated from enforcement.