Safety and Health Practitioner (SHP) is first for independent health and safety news.
May 26, 2018

Deaths in the workplace – demystifying the aftermath

Workplace fatalities are impossible to fully plan for and can hit businesses hard, but knowing what comes next can help companies make it through the aftermath, says Andrew Katzen, Partner at law firm Hickman and Rose. 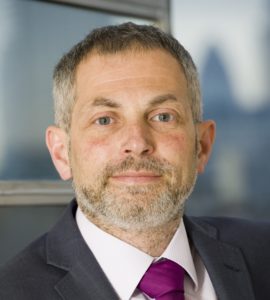 A fatality in the workplace can cause untold distress. Police and regulatory investigations can prolong the anxiety, draining staff morale.

The legal implications of a death in the workplace can of course be serious. Regulatory sanctions and health and safety prosecutions are commonplace. Additionally, the offence of corporate manslaughter exists to deal with the most serious failures to protect life. According to Crown Prosecution Service figures, the CPS has conducted 25 corporate manslaughter prosecutions since the offence was introduced in 2007.

A fatality is an uncharted area for many and handling the various investigations by the police, Health and Safety Executive (HSE) and the Coroner can present new challenges. Whilst each case is different and there is no exact blueprint to overcome these issues, there are a few points to keep in mind during an investigation.

Plan for a crisis

A fatal incident crisis plan will help manage an emergency and avoid confusion and panic at the scene. A good crisis plan allocates roles and ensures that everyone involved knows exactly what is required of them. The plan should be short, simple and relevant to the organisation. It might designate:

This is where the authorities will begin their investigation. Questions will be asked of those at the scene by the ambulance crew, paramedics and police. Employees may well be in shock. In these circumstances, it is not unusual for people to make mistakes or give differing accounts which could later cause them and the organisation significant problems. Here, a site controller could legitimately intervene by:

The HSE may well come to the site as well but not always immediately. They and specialist police officers will analyse the scene in detail, examining equipment and taking plans, photographs and measurements.

Those within the organisation who are likely to be important witnesses or suspects will soon be identified. The police and/or the HSE will wish to formally interview these individuals. Interviews are a critical part of any investigation and how the organisation approaches them can make a significant difference to the outcome.

The police will interview people either as witnesses or as suspects. Suspects may be arrested or invited to attend an interview under caution at a later date. 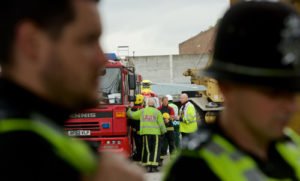 Employees interviewed as suspects will need their own legal advice separate from the organisation’s own lawyers. To avoid unnecessary fallouts, it is often sensible for the employer to support the individual by finding him or her a specialist independent lawyer. Disgruntled employees could cause the company problems later on in the investigation.

If the business is itself under suspicion, the issue arises as to who should attend an interview under caution on behalf of the company. It is vital to ensure that the person who represents the company in interview is not themselves a suspect or a witness and there is no conflict of interest between their own position and that of the firm.

In order to establish what happened, learn lessons and take remedial action, many responsible organisations will wish to launch an internal investigation. However, if an investigation by the police or HSE is underway, then the company should inform the authority before questioning potential witnesses. The police and HSE will normally want to do so first and it is crucial that an internal investigation does not result in accusations of a cover up.

Careful consideration should be given as to who conducts these internal reviews, their terms of reference and how they are carried out. Poorly drafted notes and statements can incriminate witnesses, managers and employees without anyone realising or intending it.

Until recently, lawyers might well have said that if they investigated on behalf of the company, the results would not have to be disclosed to the authorities or anyone else due to legal professional privilege (the duty of confidentiality owed by the lawyer to the client). However, due to several recent cases, such as Serious Fraud Office (SFO) v Eurasian Natural Resources Corporation Ltd [2017] EWHC 1017 (QB) this is now uncertain. As a result, it is now harder to maintain legal privilege over meeting notes with employees and possibly the report itself. Whilst this does not necessarily mean that no internal review should occur, it is sensible to begin with the approach that the product may have to be handed over to the authorities later down the line.

Most fatal workplace accidents will lead to a ‘coroner’s inquest’, which will focus on discovering how the deceased died, rather than on attributing blame. It is worth noting that evidence given in an inquest has the potential to trigger criminal proceedings. Indeed, coroners often write highly critical reports to prevent future deaths and even when there has been a decision not to prosecute, the inquest’s verdict may lead to a review of that decision. Additionally, the family of the deceased can exercise a ‘Victims Right of Review’. This triggers further consideration of the CPS’s decision not to prosecute.

Successful claims on behalf of the deceased’s estate in relation to a death caused by a wrongful act or neglect by an employer are, with some exceptions, not likely to be very valuable. However, funeral expenses can be claimed, as can bereavement damages.

The biggest financial threat posed by civil claims is often the costs liability. Where a claim against the organisation is successful, the legal costs incurred by the claimant may have to be paid by the organisation. These costs can be considerable, sometimes exceeding the value of the claim itself.

Civil claims tend to be stayed until all police, regulatory and coronial investigations have finished.

While a death in the workplace will inevitably cause a great deal of sadness and pain, there are key steps organisations can take to ensure that they navigate the aftermath in the most appropriate way.

Deaths in the workplace – demystifying the aftermath Workplace fatalities are impossible to fully plan for and can hit businesses hard, but knowing what comes next can help companies make it through the aftermath, says Andrew Katzen, Partner at law firm Hickman and Rose.
Safety & Health Practitioner
SHP - Health and Safety News, Legislation, PPE, CPD and Resources