Challenges in a polyonymous practice: Your experiences with hazard observation

Hazard Observations, Safety Observations, Observation Intervention, Positive Interventions, UCUAs, Work Observations… you name it, it’s probably been used to refer to the concept of seeing a dangerous behaviour or situation in the workplace and reporting it. Recently I asked the EHS community, from across the world, to enlighten me as to what term their individual organisations used, and was met with an array of helpful responses. However, a couple of comments stood out, each along the lines of “it doesn’t matter what you refer to it as, as long as it makes sense to the workforce”. To me, the mere fact that every company seems to call it something different demonstrates this notion straight off the bat.

As is the case with many workplace EHS initiatives, the proof is in – not the pudding – but the people. If your staff or contractors aren’t prepared to tell you what is happening on the ground, you won’t ever be able to make accurate changes to improve conditions. This is something that every EHS leader knows, and is a topic that frequents the newsletters and features of popular EHS resources. To find out more, I contacted a number of senior personnel within the profession and asked them in a qualitative survey about the importance of hazard observation (or whatever you want to call it), how they engage workers and what challenges they have faced in doing so.

The phenomenon (or not) of Behaviour Based Safety

Firstly, more terms for the process came to light. One respondent from the Oil & Gas industry pointed out that the profession has adapted Behaviour Based Safety (BBS) as the appropriate term – why? Because…

“There is always a human element in it. Hazards are always there; we want to improve human behaviour to avoid them. This way … good behaviours are encouraged and undesirable ones are discussed and stopped. It’s a very proactive way of culture nurturing to avoid near-misses and actual accidents.” – Senior Safety Advisor in the Oil & Gas industry

This human element is what we seek to protect with hazard observations, or BBS. However, there is considerable debate over the effectiveness of BBS which, some claim, has fundamental flaws and can easily become a failed project. For example, BBS “makes the assumption you know what behaviours you should be doing,” according to one expert. What is often forgotten is that BBS goes hand in hand with culture, the main influencer of behaviour in the first place. The ex-President of the ASSE, Donald Eckenfelder, CSP, P.E. acknowledges on EHSToday that BBS has its faults but also points out its virtues, such as involving employees, requiring management to put its money where its mouth is, and focusing on the human side of safety. He claims that “If the culture’s wrong, nothing else works.”

Again, this comes back to engagement – workers need and deserve to feel valued within your organization, especially when it comes to their wellbeing. Creating this culture, as with any behaviour influencing task, comes with challenges which extend beyond the all too well-known ‘old habits die hard’ mentality. (Hazard observations are a key player within BBS, but as BBS encompasses more than just the HazObs practice I will avoid using this terminology throughout.)

Note that I refer to workers, rather than employees – when putting together this article, we spoke to John Dony, Director of the Campbell Institute and also Director of EHS&S at the National Safety Council, who pointed out it is not just about employee engagement but also about contractor and leadership engagement, at both site and corporate level. 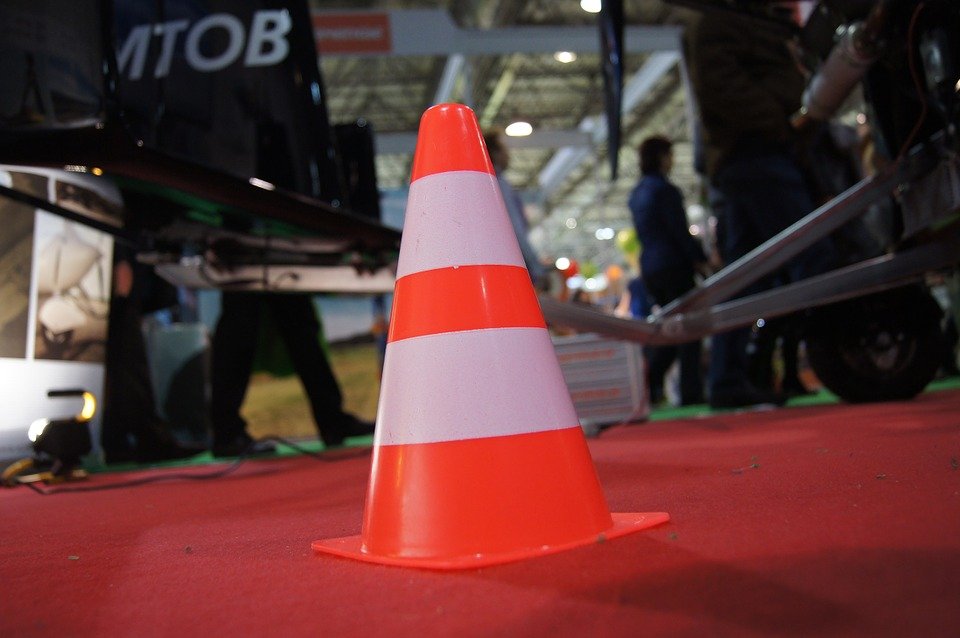 I found a number of interesting responses regarding the bother management runs into whilst enforcing a hazard observations program. Some related to safety culture:

Others referred to the task of getting people to actually report an observation:

78% of respondents suggested they had experienced and/or are experiencing challenges with getting their workforce on-board the initiative. So what strategies are being utilised to tackle these obstacles?

Another subject commonly debated is reporting targets and incentives. Some argue avidly that all this does is encourage supervisors to fabricate hazards to meet targets, ultimately ignoring or missing any real problem that is occurring. Others view targets as an acknowledgement of a realistic state of affairs. Advocates of target-setting suggest that making reporting a necessity simply enforces that management do want to hear about risks; because the targets are in place, employees will be more likely to report an observation that otherwise they might have deemed not worth the time. Whatever your stance, both sides know that there will always be hazards. Until humans are replaced by robots on site (which actually might be soon!) threats to safety will always be present. 55% of my respondents have targets in place for hazard observations, but just 33% have an incentive scheme. As Scott Geller, Ph.D. points out on EHSToday, “What works for Coca-Cola is not going to work for a company with a different culture,” which my research tends to support. EHS initiatives are polyonymous AND polymorphous.

Another topic that surfaced was hazard observations as lagging indicators. Demonstrating to workers the value of putting the effort in is a difficult task (true for many safety investments with intangible benefits). However, this depends on how you look at it; lagging is the very nature of evaluation. Hazard observations themselves are seen as an effective leading indicator, that allow management to gather suggestions for improvement, recognition of underlying issues, and come up with ways to avoid similar situations in the future. What is required is a combination of leading and lagging indicators in order to influence future performance with the help of past performance analysis. Nonetheless, (do I even have to say this?) no metric can predict the future. As a Quality Manager from within the Civil Engineering industry points out, “Changing work conditions and environments present different hazards even though the core activity may remain stable.” Hazard observation is an ongoing exercise that should be practiced day in, day out.

When the initiative is done right

On an unambiguous note (these are rare, it seems), the respondents to our interview unanimously indicated that hazard observations are a good exercise for the safety of a workplace. This is widely accepted. There are variations to the ways the scheme is carried out, let alone to what it’s called, and sometimes the wider safety initiative can go wrong in the case of developing blame culture, influencing false reports to meet targets, or developing misalignment between the attitudes of employees / contractors and management. However, done right as it so often is, hazard observation is driving positive intervention and change in forward-thinking, organised, and on-the-ball companies. As I have repeated throughout, it all boils down to engagement and shared values; right back around to a comment from an HSEQ Manager in Perth, Australia that sparked all of this – “Call them anything you like, so long as it makes sense to your people at the coalface.”

Some organisations encourage workers to also report positive observations. This can be a method of boosting morale by essentially reinforcing that you aren’t a big mean monster lurking in the shadows, who feeds on hazards and garners power with every corrective action required – no, you’re a leader who wants to show employees their value and recognise them for good practice. Allowing staff and contractors to report instances where a hazard has been avoided due to positive behaviour can be an effective way of strengthening the management-worker relationship and garnering instances to help you shape best practice in the future – like in the case of this EHS Manager discussed by Greg Zigulis, CIH, CSP (page 2, paragraph 4).

Judging by my qualitative research of a small sample (n=51), a hazard observations initiative should look something like the following:

One final observation (pun not intended) I think worth mentioning takes us back to the simple issue of getting people to spend time filling out a report. Not ‘simple’ as in straight-forward to put right, but ‘simple’ as in fair-and-square human nature. Workers may decide that their time is better spent correcting the hazard themselves than actually telling management about it, because filling in those forms takes so darned long. If the process of reporting is cumbersome or completely manual, e.g. a paper form, workers may not bother with the headache. Compare that to if there is a mobile application deployed allowing immediate, remote, dynamic forms in-hand: VINCI plc, the largest construction firm in the world, experienced a significant increase in reporting after the global roll out of their Close Call and Positive Intervention mobile forms. The company has also been able to capture better quality information and can now allow clients, subcontractors and members of the public to report issues easily, too.  Perhaps due to recognising benefits like these, over half of the respondents to our survey do currently have an electronic forms system in place for hazard observations.

I often find myself repeating this but it absolutely still stands and has been pointed out by a few of our respondents: once you have the observation data, you have to do something about it! And preferably fast. A Sr. Safety Advisor within Manufacturing notes that “If no corrective action is taken it is counterproductive and can discourage team members from further reporting.” If workers think nothing will get done about their observation anyway, what’s the point in reporting it? With all this talk about workforce engagement, it’s easy to lose sight of what you actually have the most control over – YOU. Paying attention and acting upon what your people on the ground are telling you is possibly the biggest driver in a strong safety culture. A good relationship with workers is the key ingredient in strengthening said safety culture, increasing reporting and driving improvements. Safety is a top-down process – nominate yourself as the catalyst.

What’s in a name?

Depending on how many organisations you yourself have worked with, you might have experienced firsthand a number of different references for the practice of hazard observation. We asked a number of EHS professionals what they called it, just out of interest. Here are the most popular and most obscure answers we got (n=51).

Pro-Sapien is hosting two software demonstrations this month (24 and 25 Aug) focusing on hazard observations. Find out more information on their SharePoint / Office 365 based management system and register for an upcoming demo here.

Hannah Stewart is part of the marketing team at Pro-Sapien Software, which she joined in 2015 after graduating with a BA Honors Degree in Communications. Hannah spends much of her time researching technological advancements and how they can be utilised within the EHS field and is currently studying Economics in her spare time.

How one company increased near miss reporting by 370%