Dr Tim Marsh PhD, MSc, CFIOSH, CPsychol, SFIIRSM is MD of Anker and Marsh. Visiting Professor at Plymouth University he is considered a world authority on the subject of behavioural safety, safety leadership and organisational culture. As well as many of the world's most recognisable industrial names Tim has worked with diverse organisations such as the European Space Agency, the BBC, Sky TV, the RNLI and the National Theatre in his 25 year plus consultancy career. He has key noted and chaired dozens of conferences around the world including the closing key note at the Campbell Institutes inaugural International Thoughts Leaders event in 2014. He has written several best-selling books including Affective Safety Management, Talking Safety, Total Safety Culture, the Definitive Guide to Behavioural Safety and Organised Wellbeing. Previously he led Manchester Universities ground-breaking research team into behavioural safety methodologies in the 1990s.
June 6, 2016

Unspoken assumptions and perceptions around the world

Malcolm Gladwell has described how a culture of deference and respect for superiors in a Korean cockpit may have meant a co-pilot was afraid to question the judgement of the pilot (when he should have been screaming at him to climb), resulting in a crash at San Francisco International Airport, killing two people and injuring more than 180 people on board.

Following an inquiry, all Korean airlines’ crew were instructed to converse in English (apparently less conducive to deference) and all also received assertion training.

It’s a good example of wider cultural norms underpinning an important safety interaction. My model of safety culture has a key central element that stresses the importance of ‘subconscious perceptions’ and ‘unspoken assumptions and norms’. I stress that the importance of these simply cannot be underestimated when seeking to understand why people do what they do on a given day and in a given place.

Recently undertaking a lecture tour of New Zealand and Australia reminded me what wonderful countries they are. Though neither a Kiwi not an Aussie would than­k me at all for bracketing them together they do both often share a direct, no nonsense way about them that people warm to. The visit reminded me about an interesting paper about Australian values that illustrates the point about societal norms in ways most people are familiar with. 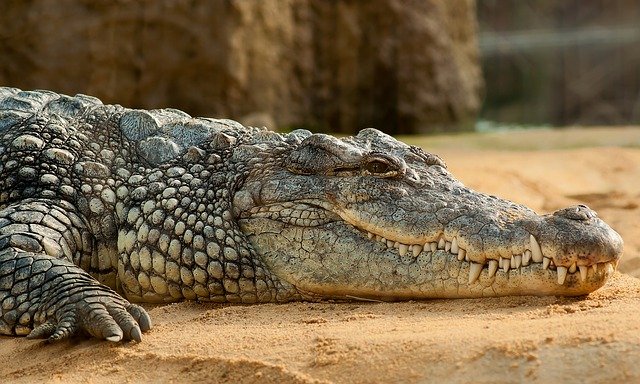 Six values, all with direct reference to safety culture are worth considering. Importantly, all six reflect an often unspoken but important mind-set.

Mateship refers to the Australian attitude that sticking with your friends and peers is vital and is reflected in the fact that deference to authority is perhaps even scarcer in Australia than in most countries.

This is great for ‘interdependence’ but the downside is that workplace norms are even harder to overcome but on the upside the ‘fair go’ value mitigates this somewhat and reflects the inherent sense of fairness that is egalitarian in nature. Getting that stupid new idea from HQ accepted by the workforce might be a nightmare – but first up you’ll get a reasonably fair hearing in that canteen!

To an extent the related values of ‘she’ll be right’ and ‘give it a go’ reflect the macho ‘get stuck in and get on with it attitude’ that isn’t always ideal from a safety perspective but also reflects ingenuity, self-reliance and innovation.

(Though a Kiwi – with major cultural differences acknowledged! – the ageing motorcycle rider played by Anthony Hopkins in “the World’s Fastest Indian” who turns up in America and breaks the world speed record on something he built in his garden shed exemplifies all aspects of these values perfectly. It’s not safe though. Think Crocodile Dundee on a bike his mate Wally built).

‘Fair Dinkum’ stresses the importance of honesty, integrity and trust. Say what you mean and mean what you say – a trust concept utterly central to the ‘interdependent’ element of the Bradley curve.

Finally “good on ya” reflects the ease with which a typical Aussie gives and receives praise. Praise to be given readily and received humbly.

Simply presenting ‘down under’ provides illustration of these values. For example, you ask for people to really get stuck into an early morning clap along exercise and some people jump on the table! No I hadn’t risk assessed that! Feedback afterwards is frequent, direct, warm and unselfconscious. Comments on the ‘authenticity’ of the talk are frequent and not something you very often see elsewhere.

Therefore, anyone who has seen the film Crocodile Dundee actually already has a working understanding of the sort of mind-set valued in a typical Australian workplace and the benefits and challenges these bring. Fore warned is fore armed.

On the other hand, an example of a misleading mind-set might be film Borat which of course doesn’t in any way reflect the national culture of Kazakhstan! (The writer of the film never having been there).

Anyone hired to undertake some work on the oil fields of Karachaganak (as I have) might want to do a little research on the (Soviet-era influenced) norms and values that underpin that society!

How well do we fully understand the unspoken societal norms and values that influence workforces consciously or subconsciously? This especially when we roll out a HQ inspired international process of safety culture improvement?

Tim Marsh will be speaking at Safety & Health Expo 2016 in the Keynote Theatre on 22 June at 15:10. Register now to hear Tim and other experts within the health and safety profession speak.

Click here to view SHP's coronavirus advice for employers hub
Tim Marsh: Crocodile Dundee and safety culture Unspoken assumptions and perceptions around the world Malcolm Gladwell has described how a culture of deference and respect for superiors in
Tim Marsh
SHP - Health and Safety News, Legislation, PPE, CPD and Resources

Hi Tim
Yeah, the guy who got up and danced on the table was definitely different. Please don’t judge New Zealand based on that one!
Cheers
Brian