The winner of SHP’s Rising Star award has been named at Safety & Health Expo.

Jyssica Murphy, Health & Safety Advisor at housing group Torus, took the award after an expert panel of judges praised her determination to create improvements using her own initiative and commitment to developing the industry outside of her role.

The Rising Star award seeks to recognise the role that young people are playing in health & safety and acknowledge the new generation of health & safety professionals. It is open to anyone under the age of 30 that is based in the UK.

A list of finalists was deliberated by the panel of experts, with Jyssica being announced as the winner at Safety & Health Expo this afternoon. She was presented with her award by Karl Simons, from Thames Water. 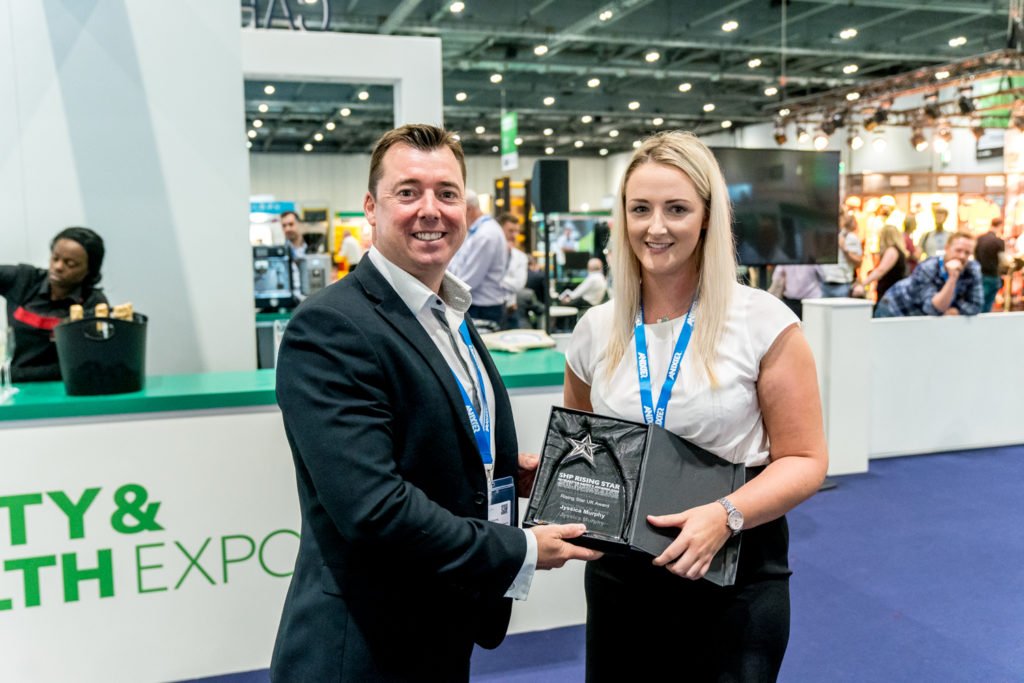 When she joined Torus in October 2017, Jyssica was tasked with providing health & safety guidance to an in-house contractor team of around 400 staff and 40 managers. She has had an instant impact on the team, proactively driving safety forward where “previously there had been a level of apathy”.

Jyssica has shown professionalism beyond her years in guiding staff through accident investigations and redesigning the department’s entire training programme, while establishing new ways to work to fit around redesigned operating models within the team. She has also worked on Service Level Agreements for the provision of health & safety services she provides.

What particularly impressed the judges was Jyssica’s desire to develop awareness of health, safety and wellbeing outside of her job’s remit. In her previous role, Jyssica was involved in arranging an a charity event for male suicide prevention charity CALM that helped address the issue within the construction company and raised over £2,500.

Jyssica’s attitude particularly impressed the judging panel. A CMIOSH at the age of 24, Jyssica currently serves as a member of the Steering Committee for OSH Future, a network created for and managed by the next generation of Occupational Safety and Health advisors, and delivers talks to local schools about health & safety as a rewarding career path, inspiring the next next generation.

Congratulations to Jyssica and all the rest of the rising stars nominated this year.

The SHP Awards are now live and open for registration for 2021. SHP Awards celebrate the achievements of the brightest and most passionate health & safety professionals. From young, up and coming rising stars and leaders of tomorrow, to our most seasoned, influential ambassadors, and trailblazers making a positive impact in safety, health and wellbeing.