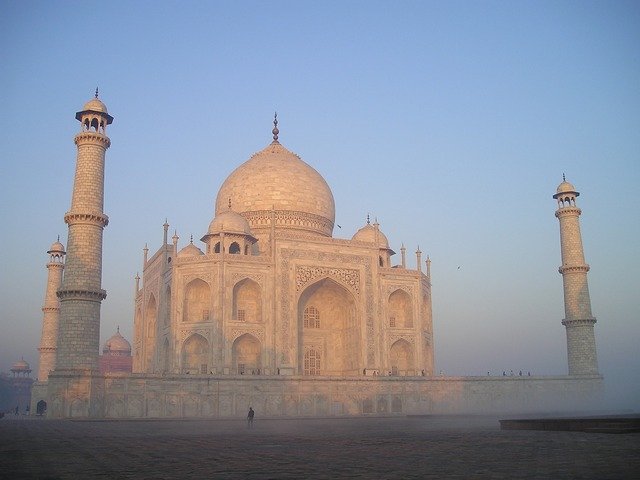 India, a growing economy and world’s largest democracy, has a population exceeding 1.2 billion. The occupational safety and health (OSH) scenario in India is complex.

The unprecedented growth and progress go hand in hand with numerous challenges including:

The national policy on OSH at work, adopted by the government in 2009, is yet to be implemented. Some of the major occupational risks are accidents, pneumoconiosis, musculoskeletal injuries, chronic obstructive lung diseases; pesticide poisoning and noise induced hearing loss.

The three most important OSH needs are:

Other issues include integration of occupational health with primary health care.

The main health and safety legislation in India is the Factories Act 1948, which is closely based on the principles of the UK’s Health and Safety at Work Act 1974.

This places a general duty on factory owners to ensure, as far is reasonably practicable, the health, safety and welfare of their staff, through steps such as the provision of safe plant and systems of work, and suitable information, instruction, training and supervision.

The goal of the Workers Compensation act is to make sure that somebody who is injured at work receives appropriate medical care, lost wages relating to the on‐the‐job injury.

Besides this, there is the Employees’ State Insurance Act which protects workers in case of sickness, maternity and disabilities caused by injuries and resultant loss of wages

The limitations here are that the number of safety officers, factory inspectors and medical inspectors has remained below optimal level; a recent assessment showed that there are 21 institutions across the country capable of training 460 specialists. This number is obviously inadequate considering the population of India’s working class.

Some 90% of workers in India work in the informal sector, part of the economy that is neither taxed nor monitored by any form of government.

The informal economy is a diversified set of economic activities, enterprises, jobs and workers that aren’t regulated or protected by the state. The concept originally applied to self-employment in small, unregistered enterprises and has been expanded to include wage employment in unprotected jobs.

By contrast, the formal sector encompasses all jobs with normal hours and regular wages that are recognised as income sources on which income taxes must be paid.

The variable and insecure nature of the work means that more and more workers are pushed into taking up hazardous and precarious employment both in the informal economy as well as informal work in the formal sector.

For these workers, employment not only fails to bring about a successful escape from poverty, it may contribute to existing vulnerabilities. There is very little awareness about workplace hazards due to lack of access to information, or even any kind of formal education.

Informal workers give low priority to OSH, as having work is more important than the quality of the job. Many workers argue that they may die of work, but if they do not work their families would die of hunger. In any case, family members of those active in the informal sector also get exposed to work‐related risks. Diagnosis of occupational diseases is difficult even in the formal sector; in the informal sector it is almost impossible.

The success of safety in India can be achieved by providing safety consciousness to the informal workers who do not have much education and experience.

This can be achieved by providing training and awareness programmes related to safety. Require training in legal, skills-bases, technology based and more has to be decided based on the skill level of the workers.

India has 179 languages and 544 dialects – Hindi is the spoken by 41.1% of the population. To overcome language difficulties, regional language-based safety trainers should be appointed.

The next issue will be the level of understanding of concepts by the informal workers, which can be tackled by using safety videos, posters and involving them in group discussions and activities.

Another challenge is the regular attending of classes, which can be accomplished by following a strict disciplinary-based attendance procedure.

Peer group pressure is the biggest issue which we can control by identifying the influential person from the group and assigning him the important responsibilities like team leader to lead the group of people while doing group discussion activity.

For informal workers, practical-based training is more useful than theoretical training. By promoting the learning culture, evaluation can be done in-between training and a rewards-based system used to high-performing employees.

According to National Sample Survey Organization (NSSO), a large percentage of Indian workers (approx. 92%) are engaged in informal employment and a large majority of them have low earnings with limited or no social protection.

Over half the workers are self-employed, largely with a poor asset-base, and around 30%are casual labors seeking employment on a daily basis. About 18% of those employed are regular workers, and among them less than 8% have regular, full-time employment with social protection.

Levels of education and professional and vocational skills are extremely low; less than 30% of the workforce has completed secondary education or higher, and less than one-tenth has had vocational training, either formal or informal.

The recent trends in India towards safety are quite remarkable and implementing the safety sense among the informal work force through legislation, training will be the most challenging task we face in 2016.

Health and Safety at Work places in India – M.M.K. Sardan

Status of occupational safety and health in India – Sanjiv Pandita