Working in excessive heat: regulations from around the world 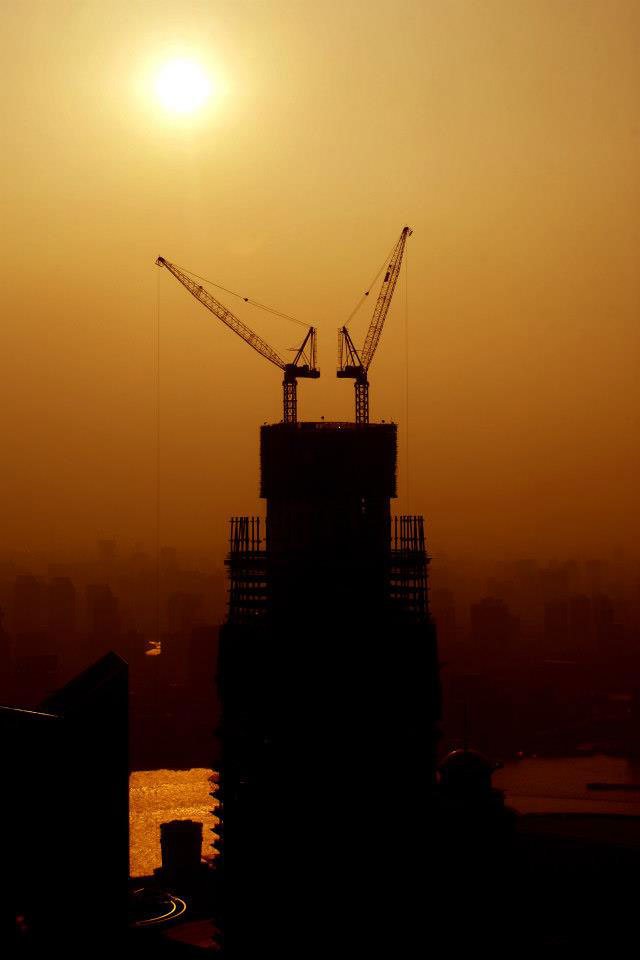 I am half-Dutch, half-English, so I’m in the happy position of being able to support whichever footballing nation performs better. Let’s just say I tend to wear a lot of orange. Although the 2014 World Cup is technically a “winter” event, the size of Brazil means that some games are being played in tropical rainforest conditions. This has inevitably thrown up concerns regarding the effect the heat can have on the players.

This is, of course, also a concern for many employers around the world. Work involving excessive heat exposure is a serious health and safety hazard and can lead to various health problems, ranging from physical discomfort through to life-threatening conditions. In fact, every year, thousands of workers suffer from illnesses directly related to occupational heat exposure, with some ending in fatalities.

Outdoor work which involves hot and humid conditions such as construction, mining, and oil and gas operations, to name a few, are especially likely to cause heat-related illnesses, particularly when they involve heavy work tasks, requiring equipment and protective clothing.

Let’s take a look at just some of the regulatory measures in place around the world in this regard:

Spread over such a vast area, China is subject to the worst extremes in weather, including unbearable heat. Consequently, Chinese facilities are taking extensive and precise measures to reduce working hours for their workers in hot weather. When the temperature reaches 104ºF / 40°C or above, outdoor operations are directly suspended, and when between 99ºF / 37°C and 104ºF / 40°C, employees must not work outside for more than 6 hours, or conduct any outside operations during the hottest 3 hours in the day. Since July 2012, facilities conducting operations in high temperature environments exceeding 95ºF / 35°C are forced to use new technology and equipment, and provide cold beverages and resting rooms.

Famous for its oppressively arid climate and temperature extremes, it’s no surprise that much of the terrain in the Middle East is uninhabited. Temperatures can reach a scorching 140 ºF / 60° C during the summer months, heat so intense that exposure can be fatal.

Unsurprisingly, heat stress is a phenomenon that is recurrent in the United Arab Emirates during the summer period and beyond, where the ambient temperature can reach highs of 122ºF / 50°C, putting exposed workers at risk.  In May 2012, the Minister of Labor imposed a country-wide ban on outdoor work between 12:30 pm and 3:00 pm during the summer months, and employers are now required to specify and display working hours, as well as provide appropriate rest areas and protection against the risks of heat. For activities requiring continuous work, first aid kits, drinking water, and a means of preventing direct exposure to sunlight are essential. The Ministry of Labor is continuously intensifying its inspection campaign every year and breaches to the rules are penalized, including fines or closure of the worksite, depending on the offence.

Many governments in the region have taken similar measures to issue country-wide bans on outside work during the hottest periods of the day.  Saudi Arabia’s Ministry of Labor took measures to ban this kind of wok during temperature peak hours, coming into effect 1 July 2013. Interestingly, outdoor workers in the petroleum, natural gas, or emergency maintenance work industries are exempt from this prohibition; however, their employers must ensure that precautionary measures preventing direct exposure to sunlight are provided. Companies found in violation of the heat stress order will receive a fine of up to SAR 10,000 (USD 2660) or can even be forced to shutdown the concerned facility for up to a month.

As has been featured in the news a lot recently, recruitment arrangements for migrant workers in GCC states (Gulf Cooperation Council – Bahrain, Kuwait, Oman, Qatar, Saudi Arabia, and United Arab Emirates) makes it less straightforward, notably those from underdeveloped countries, to leave their worksites when necessary. This problem stems from the fact that workers are for the most part recruited as a result of bilateral agreements between their home countries and GCC states under conditions accepted by their own governments. Consequently, workers are not protected by the rules and regulations in place in their particular facility. The issue is worsened since they have no access to external trade associations as would typically be the case in developed countries; therefore they are left with no means of defending their rights when subject to adverse working conditions.

Conversely, employers face difficulty in measuring heat stress in emerging countries as it is rare for workers to communicate when they are suffering. This situation underlines the need for a set of clear standards and guidelines.

In 2013, Australia’s record-breaking heat wave was so hot, that darker shades of red had to be added to the weather map. But workers can rest assured that the same won’t be happening to their skin, as the country is well prepared for such conditions, leading by the example when it comes to promoting the safety of its workers.  The 2011 Work Health and Safety Regulation calls for close monitoring of the physical wellbeing of workers exposed to heat. Training provisions are requisite to recognize the early symptoms of heat strain, how to follow safe work procedures and how to report problems immediately. Most importantly, Australia has very active enforcement agencies that prioritize inspections during times of climate strain.

Over the last few years, California has moved towards more prescriptive requirements for heat illness prevention. Since only 2010, requirements imposed regarding work in heat are now entirely dependent on temperature (when it exceeds 29.5ºC / 85ºF) and the provision of shade is essential for employees working outdoors.  Routine training requirements on the adverse effects of heat exposure have also been imposed, along with the provision of free drinking water. In certain industries, when the outdoor temperature exceeds 35°C / 95 ºF, special high-heat procedures must be implemented.

As is often the case with different areas of H&S regulation, the variety of approaches shows that there is not one common standard to be applied.

Working in excessive heat: regulations from around the world Outdoor work which involves hot and humid conditions such as construction, mining, and oil and gas operations, to name a few, are especially likely to cause heat-related illnesses. Tjeerd Hendel-Blackford outlines some of the regulatory measures in place around the world
Safety & Health Practitioner
SHP - Health and Safety News, Legislation, PPE, CPD and Resources
Subscribe
3 Comments
Oldest
Newest Most Voted
Inline Feedbacks
View all comments

When considering working in hot weather in Islamic countries you also have to take into account Ramadan, where workers are not allowed to eat or drink during the hours of daylight.

@Derek Maylor Yes, good point, but if the person is working in such conditions, fasting should not cause health problems. Not drinking enough water in the heat can cause heat related illnesses.That is one of the few exceptions to this religion.

@Derek Maylor Also, there is a site that gives more info about fasting limits: https://easyayurveda.com/2011/10/30/when-to-stop-fasting-warning-symptoms-to-watch/