Jamie Hailstone is a freelance journalist and author, who has also contributed to numerous national business titles including Utility Week, the Municipal Journal, Environment Journal and consumer titles such as Classic Rock.
May 18, 2022

A fighter pilot with more than 30 years’ experience, including three tours of duty and 45 missions over Iraq has urged health and safety professionals to learn lessons from the aviation sector. 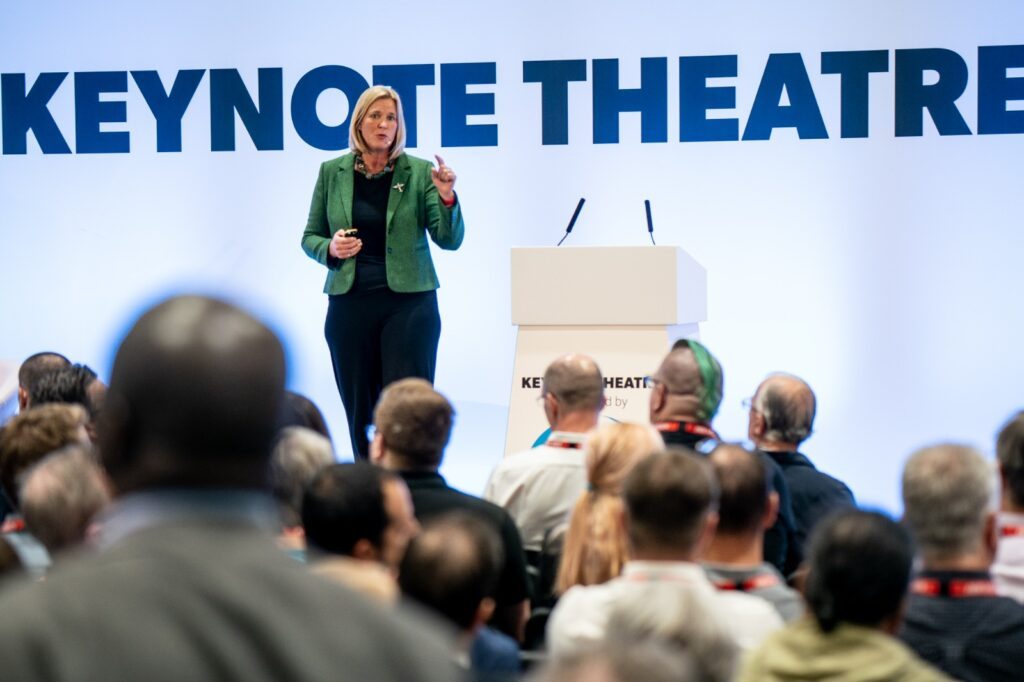 Speaking today (18 May) at Safety and Health Expo, Mandy Hickson, who was only the second woman to fly the Tornado GR4 on the front line, said the modern aviation sector has worked tirelessly to create the right culture when it comes to safety.

She quoted research carried out by NASA, leading airline corporations, international civil aviation authorities globally, which found out that human performance was the causal factor in three out of four accidents.

But she said the aviation sector responded by developing a new programme, called crew resource management or CRM, which places the emphasis on communication, culture, and threat and error management.

In addition, the aviation sector introduced human factors training in 1992, which saw the error rate go down and down.

“We’re now down to one incident in 16 million departures,” she told delegates. “In 2017 there was not one loss of life in a commercial jet, which is pretty phenomenal.”

She also drew on her experiences in the Royal Air Force and told delegates about an early experience, when learning to fly when she forgot to remove the ejection seat pin, which she said was a “really big mistake”.

She told delegates in the bar two weeks later, she had told the other trainee pilots and three others said they had also made the same mistake.

“It makes you realise that when we’re not talking about these minor incidents, nobody’s ever learning from it,” she told Safety and Health Expo.

“We realised that we had to do something different,” she added. “But only in this really small group, because we were still too scared culturally to talk about it. And that’s why when we are talking about health and safety, the culture of the company has got to be absolutely embedded into every single one of us.”

“It doesn’t really matter what business you’re in. Whether it’s oil, gas, or the police, it doesn’t matter. Health and safety has got to be at the forefront of everyone’s thinking these days.”

Listen today!
‘Health and safety has got to be at the forefront of everyone’s thinking,’ says fighter pilot A fighter pilot with more than 30 years’ experience, including three tours of duty and 45 missions over Iraq has urged health and safety professionals to learn lessons from the aviation sector.
Jamie Hailstone
SHP - Health and Safety News, Legislation, PPE, CPD and Resources